BB guns too real for streets? 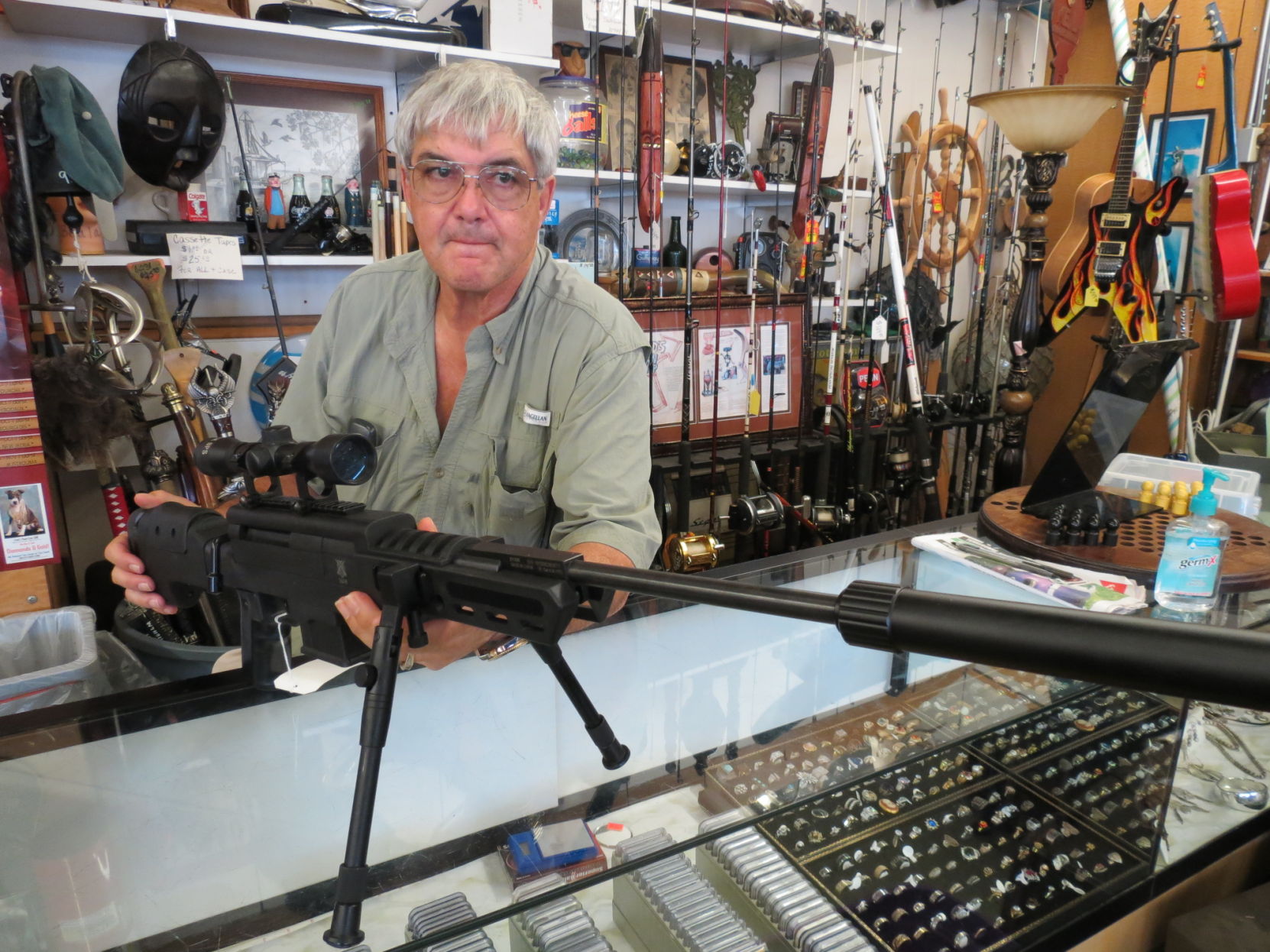 John Theriot is very selective about the pellet guns he offers for sale in his shop, Fred’s Pawn on East Tunnel Boulevard in Houma.

“I will buy them or take them in pawn, but I usually throw them in a file drawer,” said Theriot, who is concerned about the damage caused by realistic pellet guns virtually indistinguishable from actual weapons. “I will sell them occasionally to people I know who will be responsible with them.”

The pellet gun that authorities say looked real enough for a Terrebonne Parish deputy to shoot and kill a 14-year-old high school student allegedly holding one Sept. 23 is one of many designed to look and, in many cases, feel like the real thing.

State Police are investigating the death of Cameron Tillman, who allegedly held the replica of a .45 automatic when he answered the door to an abandoned Village East house. His 18-year-old brother, Andre, disputes the police account.

Investigators seized the black SigSauer X-Five CO2 pistol replica, which is a favorite among pellet gun enthusiasts. It is widely available and listed on Amazon.com at a price of $119.99, $99.99 if you are an Amazon Prime member.

“There are federal cases on file where people have sued some of these gun-makers, but they have the right to do it, to sell these,” Terrebonne Parish Sheriff Jerry Larpenter said. “It’s a matter of supply and demand. It’s a matter of making money. Free enterprise is killing our youth today.”

Among the items Theriot has taken in at Fred’s Pawn is a non-descript rifle that appears worthy of the ISIS arsenal.

“I have a pellet gun that says it’s a Walther that looks more like a [handgun] than a [pellet gun],” said Theriot, who challenged a reporter to choose the replicas from the real guns in an array on a counter.

One Walther pellet gun available on Amazon has a built-in laser sight sure to strike fear in anyone it is pointed at.

Toy guns and most pellet guns are required by federal law to have orange tips, so that they are not mistaken for the real thing. But federal law, in Title 15, Chapter 76 of the U.S. code, specifically exempts “traditional BB, paint-ball or pellet-firing air guns that expel a projectile through the force of air pressure” from the orange tip requirement.

Mark Mabsen, an attorney with the office of Chief Counsel for the U.S. Department of Commerce, said that high-velocity pellet guns that shoot metal pellets capable of producing injury are not required to have the orange tip because of safety concerns.

Mabsen, whose office interprets the law for Customs and Border Protection and other agencies, said those guns are specifically exempt because they can produce serious injuries to law enforcement and thus should not be mistaken by officers or others for the less-dangerous toy guns or pellet guns that fire plastic or low-density metal pellets.

Ironically, many of those pellet guns are more dangerous in terms of pellet velocity than the BB guns that require orange tips, according to experts.

Even BB guns that are required to have orange tips are not fail-safe. The tips can be painted over or removed. A plethora of YouTube videos shows how to remove the safety tips, by specific models. Aftermarket pellet guns, such as those sold in pawnshops or through private purchase, thus circulate easily.

Larpenter and other law enforcement officials say they have been advised of situations where criminals have painted the tips of real guns orange to simulate non-lethal pellet guns, although a check of news stories and reports nationally show no actual instance of the practice. Officials have been advised of the potential through various bulletins, however.

Last week, deputies booked three men for robberies committed at various Houma businesses with what was believed to have been at least one pellet gun.

Louisiana has no laws governing use or possession of pellet guns, nor does Terrebonne Parish have any ordinances.

Federal agencies do not keep records of how many times pellet guns mistaken for the real thing result in deaths.

But a New York Times survey of Texas law enforcement agencies recently showed that officers there had experienced “dozens” of cases where drawn pellet guns, replicas or toys had resulted in the use of deadly force against civilians.

Local lawmakers said they are not certain whether state regulation of pellet gun purchase or possession by age would be a viable option.

“I would find it hard to vote for any bill that restricted a BB gun based on age. Because of cultural factors, BB guns are handled commonly by kids in this region and likely an overwhelming majority of the state,” state Sen. Norby Chabert (R-Houma) said. “For the more powerful CO2 guns, I wouldn’t be opposed to regulating somehow that they be colored or the tips colored orange or something along those lines.”

John Theriot, owner of Fred’s Pawn on East Tunnel Boulevard, displays an automatic rifle that shoots pellets and looks real. Theriot does not display this pellet gun and other realistic-looking pellet guns, fearing that in the wrong hands they can cause tragedy.