Big changes to Marco’s track point it right at Louisiana 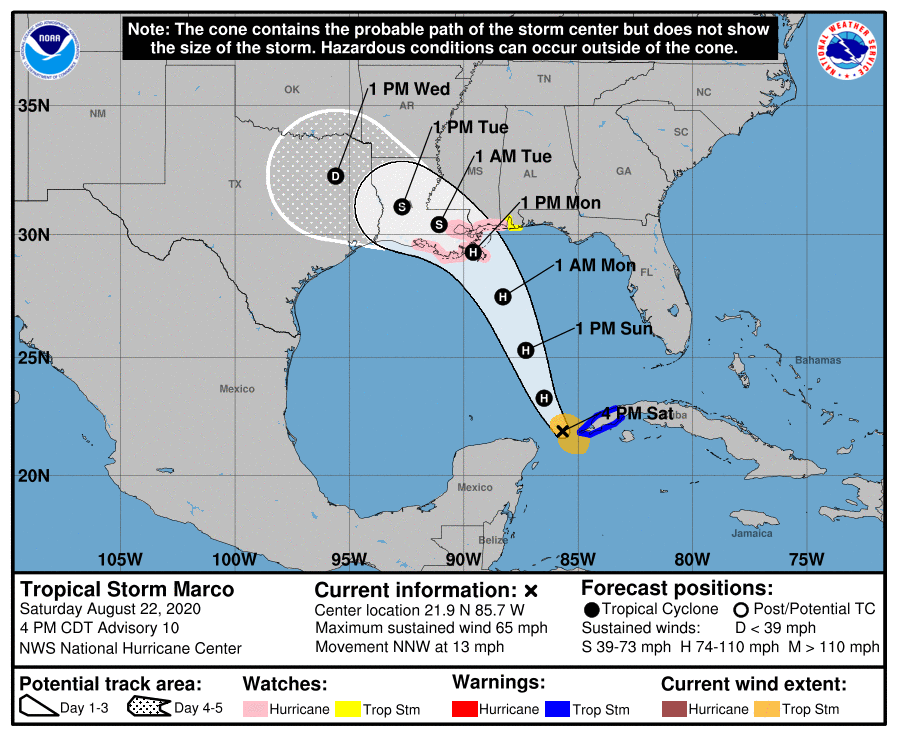 Maximum sustained winds are near 65 mph (100 km/h) with higher gusts. Tropical-storm-force winds extend outward up to 90 miles (150 km) from the center. Strengthening is forecast to occur during the next day or two, and Marco is expected to become a hurricane tonight or on Sunday. Marco is likely to still be at or near hurricane strength when it reaches the northern Gulf coast on Monday. Weakening is forecast to occur while the center moves farther inland Monday night and Tuesday.

The combination of a dangerous storm surge and the tide will cause normally dry areas near the coast to be flooded by rising waters moving inland from the shoreline. The water could reach the following heights above ground somewhere in the indicated areas if the peak surge occurs at the time of high tide…
– Grand Isle LA to the AL/FL Border including Lake Borgne and Mobile Bay…3-5 ft
– Lake Pontchartrain and Lake Maurepas…2-4 ft
– Sabine Pass to Grand Isle LA…2-4 ft

The next complete advisory will be issued by NHC at 10 p.m. CDT with an intermediate advisory at 7 p.m. CDT. 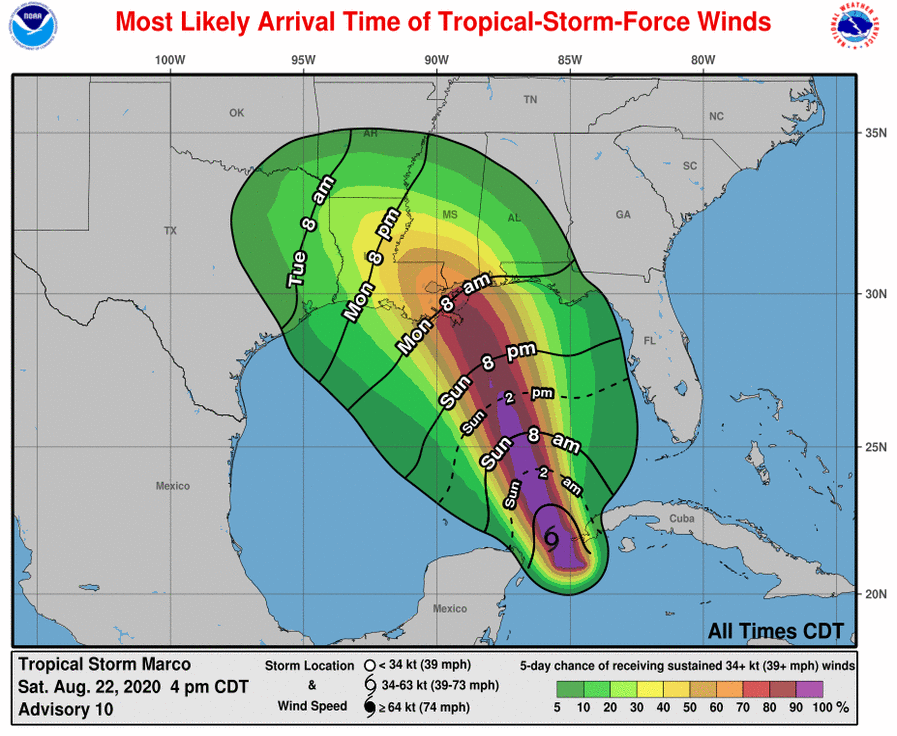 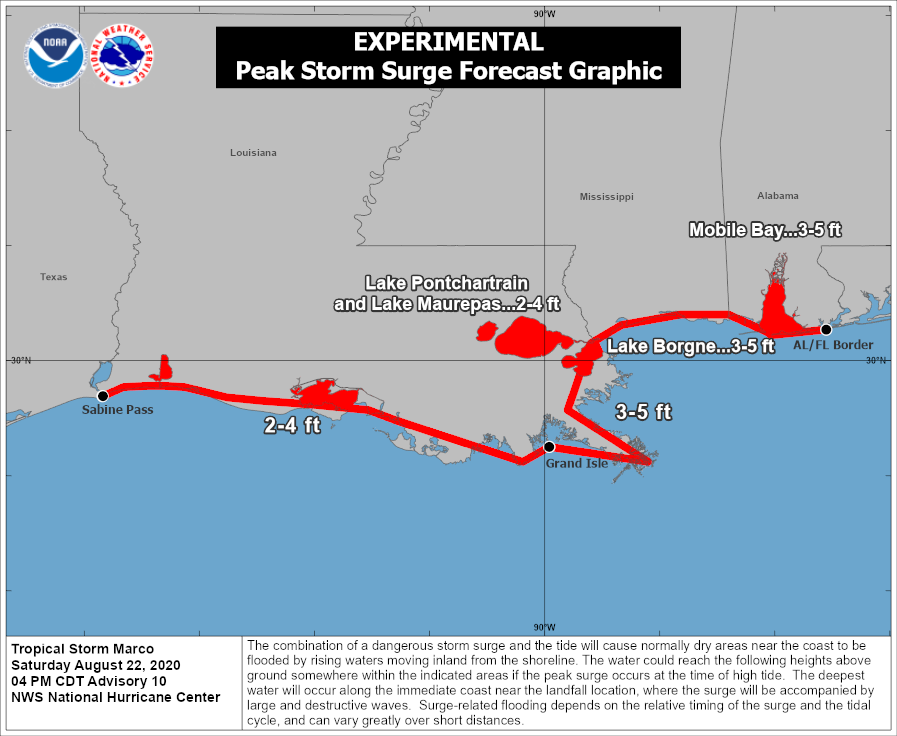