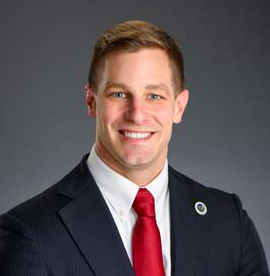 A bill that would let Louisiana college athletes cash in on the use of their names, images or other likenesses passed the Legislature and is on the way to the governor’s desk.

The Senate voted 35-0 Tuesday to approve the bill with amendments that had been added in the House. The bill, SB 60, passed 88-7 in the House on Monday.

The bill would allow college athletes to profit off their names and likenesses once the National Collegiate Athletic Association gives guidance on how athletes can profit off themselves.

The bill comes shortly before the U.S. Supreme Court is expected to decide on the National Collegiate Athletic Association’s case about its limits on eligibility and compensation. A number of states have passed similar bills to overcome the NCAA’s reluctance to loosen its rules when athletes’ names and images are used in video games or for other commercial reasons.

During the House debate, Stefanski argued that the bill was a matter of fairness for student athletes.

Lawmakers questioned the legitimacy of the bill due to the fact that the NCAA has not given guidance on athletes getting compensation. There was a debate over how the bill could affect athletes’ decision on where they go to school.

Stefanski reassured his colleagues the bill is purely tailored to the athlete and includes a mechanism for the athlete to use the college’s logo on his or her content.

“In my opinion, this is the best athlete-tailored bill that has come across my desk, and I believe will be the standard every state follows soon,” Stefanski said. “This goes back to fairness because some of these athletes, they’ll never be able to maximize their earning potential without this bill.”

The bill would not affect the athletes’ scholarship eligibility.

Photo caption: Rep. John Stefanski said it is fair for college athletes to be compensated by companies that use their names or likenesses.