When a car punctured a hole through the wall of a historic business, locals rushed to its aid. Now, two days later, repairs will be completed.

A white Ford Mustang plowed through Bourgeois Meat Market’s wall on  Tuesday, February 4, showering an employee with racks of sauce. Five individuals were taken to the hospital from the scene, and today one more went to the doctor. Beau Bourgeois, the 4th generation owner, said as the car was being pulled from the wreckage, Percle Body Shop was already waiting to mend the business.

“Thank God there were no serious injuries, which is kind of unbelievable and a miracle because I don’t still know how,” said Bourgeois. “It was pandemonium in here.”

Footage from one angle of the incident showed an employee standing near the counter. Behind her, a large commercial drink cooler and rack of sauces are against the wall. Suddenly, a car irrupts through the wall showering the employee with sauce and debris.

From another angle, a customer can be seen speaking with an employee on the other side of the counter. The customer begins to step away, then walks back continuing to carry on the conversation. From this angle, the car explodes through the wall. The car hits the counter, opposite of the employee, halting the car. The impact slides the counter backwards and the employee who was leaning on it is violently hurled from the screen. The customer flees from the vehicle, to the corner of the building.

Bourgeois said all of his employees that were off, his sister, wife, and dad all showed up to help out. As emergency responders cleared the scene, Jude Percle and his employees were waiting with gloves on, power tools, a tractor, and lumber to help out.

“They were literally, waiting across the street with their tractor. They already had lumber, power tools,” said Bourgeois. “Man, they were just waiting for that tow truck to pull that car out.”

Percle said he was using a power drill at the time and didn’t hear the wreck. His employees ran over to see what had happened and came back and told him. They used the front loader of the tractor to move the trash to the dumpster.

“The car hit at 4:40 p.m. By 7 o’clock we were boarded up and cleaned out. Ain’t nobody called them or asked them nothing – they just showed up and went to work,” Bourgeois said.

Today, according to Bourgeois, repairs should be done. The business is still open from 7 a.m. to 5 p.m. Bourgeois said he thanked the community for all its support. 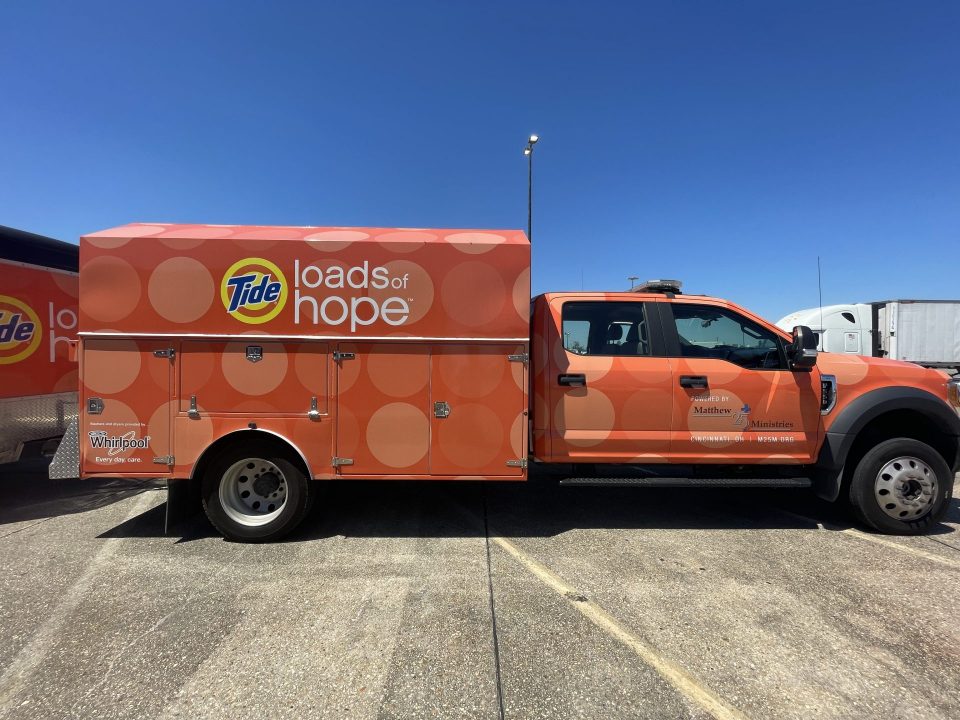