Get your pups ready for the Howl-O-Ween October 30th

A Tornado Watch has been issued for our entire area 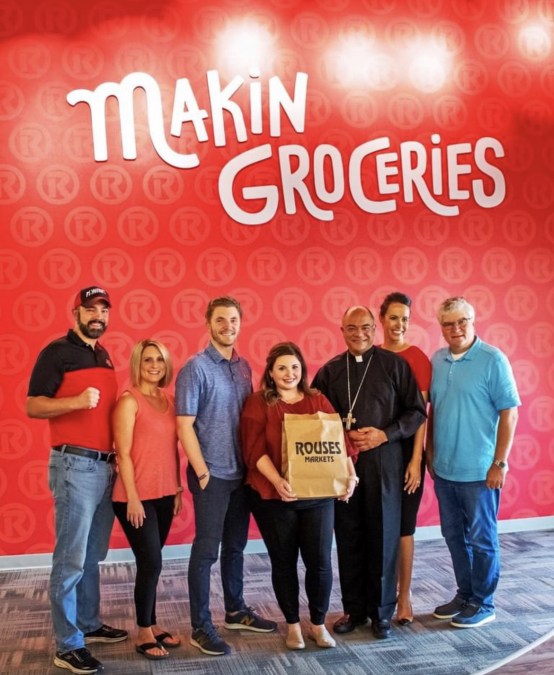 Thibodaux native Jason “The Cajun Ninja” Derouen partnered with Rouses Food Market to donate $8,000 to Catholic Charities of the Diocese of Houma-Thibodaux in an effort to give back to the community. While evacuated in Houston, Texas due to Hurricane Ida, Derouen, the owner of Cajun Seasoning Brand “Cajun Ninja”,  decided to host a meet and greet for fans in the area as a donation effort for those devastated by the storm. With the help of a social media post, the event received an outpouring of support.

“Not only did people donate items, but we received monetary donations as well. Those online who couldn’t make it to the event made donations via Paypal and we were able to raise about $3,600,” said Derouen. Once returning to Louisiana, Derouen reached out to Rouses’s Lake Charles location to host another meet and greet using the proceeds from the seasonings as an additional donation. Rouses Market generously matched the donation with $4,000, making the total $8,000 raised.

Executive Director of the Catholic Foundation Amy Ponson will be in charge of ensuring the gift cards are given to families in need.

“We were able to put together about 30,000 palettes of goods to give back to the community, and that’s really because of the fanbase. I’m so grateful for the people who support the page. It’s an amazing thing to see – these things happen and the only way we can get through it is with each other. If you have to opportunity to give, do it because I guarantee you at some point, it’s going to come back you,” said Derouen, who credits social media supporters for the success of the funds raised.

320 gift cards to Rouses Market will be given to families in the community impacted by Hurricane Ida.