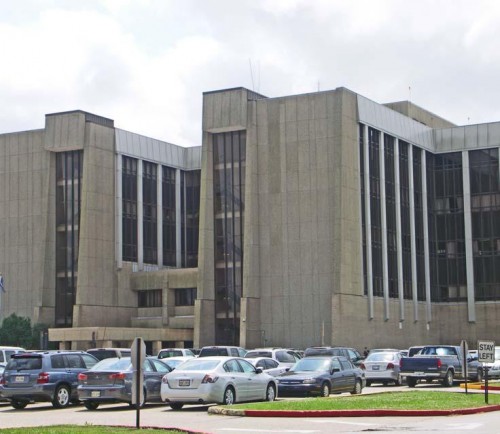 Leonard J. Chabert Medical Center CEO Rhonda Green said that although the facility is facing a serious situation after receiving a notice last week informing executives with the seven LSU public hospitals to prepare for implementation of $29 million in across the board budget cuts, there are no details revealing how much the Houma-based hospital would be impacted regarding jobs or services when state budget reductions take effect on March 5.

“Basically, the issue is that the LSU system is unable to realize additional federal funding,” Green said. “We would normally use that money to drive down the match, but that is neither here nor there.”

Green said that a plan is being drawn, with alternatives expected this week, in which the LSU health system intends to reduce a financial blow to the 975 employees at the local 156-bed facility in Houma as well as at its six other facilities. “We are not sure how much of a cut it is going to be or how many layoffs there will be,” she said.

During the past three years, Chabert and other medical facilities in the LSU system experienced cuts, but the Houma facility was able to absorb reductions without impeding programs or massively cutting personnel. “Because we have absorbed so many of those other cuts, there really is little left that we can afford to cut,” Green said.

In addition to possible job and service cuts, the residency programs could be harshly impacted.

As both an elected official and parent of a Leonard J. Chabert Medical Center residency student training in OBGYN, state Sen. Bret Allain, R-Jeanerette, said he and the entire Tri-parish delegation is working to head-off massive cuts to the hospitals in their districts.

“The proposed budget cuts to Chabert and University Medical Center have the possibility to doing great harm how we educate doctors,” Allain said. “The programs would be in danger of losing accreditation and would harm medical training.”

Allain said that he is angered that the state did not put up matching funds to secure federal dollars for the medical facilities when it was available. “As much money as we send to Washington we should be able to get funds to help public hospitals,” he said. “[Our delegation] is asking for time to work on some ideas.”

Green said many of the initial numbers being offered when the announcement of cuts was made last week were speculative. “We’ve been working with our legislators to try and get this overturned,” she said.

“Our ability to do anything legislatively is limited because this is a budgetary matter,” state Sen. Norby Chabert (R-Houma) said. “The worst part about these cuts is that they go back so long that they are coming down with more of an impact than they should. If this proposed cut were distributed over a year that is one thing, but because it comes mid [fiscal] year it is forcing the hands of hospital administrators to turn a 3 percent cut into a 15 percent cut.”

Chabert, whose father’s name the Houma facility bears, said it is difficult to compare one of the seven hospitals to the others because they each serve different missions.

“Chabert [Medical Center] has a tremendous record of providing incredible care and being run in an efficient manner,” the senator said. “Whatever that cut will be, the severity in impact will be minimalized due to the ability of the medical center administration to run the place efficiently. I know they are going to do everything they can to prevent permanent impact to services, but it looks like this is going to be serious stuff.”

Green noted that while the medical center is faced with a hard deadline, time remains to consider alternative possibilities and negotiate plans of action.

“There are a lot of questions and I should have more answers soon,” Green said. “It may be panicking people unnecessarily, but the folks need to know about it.”

The Terrebonne Parish Council is expected to pass a resolution tonight requesting Gov. Bobby Jindal restore a majority if not all of the mid-year reductions listed for Chabert Medical Center.

Officials with Leonard J. Chabert Medical Center were hit with demands of a $14.3 million budget cut and the loss of 245 jobs.