Chopper down in Lafourche

A Houma-area oilfield worker was killed and a pilot is presumed lost in connection with the crash of a Bell 407 helicopter in waters near Galliano Sunday afternoon.

Searchers recovered the body of the lone passenger, identified as Nicholas Duplantis, the father of three children. He was an employee of Talos Energy, an independent offshore oil and gas exploration and production company.

Rescue workers continued looking for the pilot into the night in the shallow area where the chopper went down. But authorities conceded that the search was being considered a recovery rather than a rescue operation.

The aircraft was operated by the Bristow Group, an aviation company whose U.S. operations are based in Houston, and which maintains a heliport in Galliano.

The helicopter’s registration number is N557AL. A statement from the company says the helicopter went down at about 12 p.m., and was operating between Galliano and Venice. 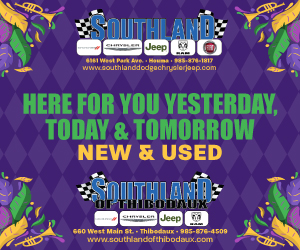 Bristow has mobilized an incident response team and a spokesman says the company is fully cooperating with authorities.

“Our highest priority is assisting those involved and impacted by the accident,” said President and CEO Don Miller.

The families of those onboard the aircraft have been contacted. The company is in the process of collecting information.

Charles Bourque, a Houma attorney who has extensively handled cases related to helicopter crashes, said the Bell 407 is widely used in the Gulf of Mexico region.

“It is a single engine four-bladed helicopter used extensively in the oilfield for transporting workers to and from locations,” said Bourque, who is himself a helicopter pilot with long-term private and military flying experience.

“The NTSB generally takes over the investigation and will be in control,” Bourque said. “They will go on scene and recover the remains of the aircraft and begin the investiigation. The NTSB assigns an air safety investigator. Some of these investigations can take six to twelve months.”

Lafourche Parish Sheriff Craig Webre said his deputies are assisting other agencies at the scene. The Coast Guard Air Station New Orleans has a helicopter in the area. Other agencies working at the scene include the Port Fourchon Harbor Patrol and the Louisiana Department of Wildlife and Fisheries.