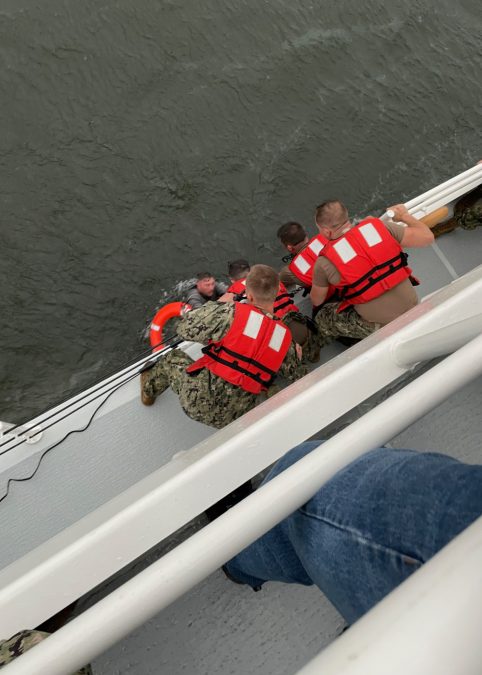 According to New Orleans station FOX8, officials are asking for all marine operators to assist in the search for at least a dozen individuals lost in the water after a lift boat capsized yesterday afternoon during severe weather.

FOX8 reports that Lafourche Parish President Archie Chaisson says the United States Coast Guard is asking for any and all help from boat operators in the area. Chaisson says he is worried about the potential for more bad weather expected on Wednesday.

The Seacor Power, a 129-foot lift boat, capsized in the Gulf of Mexico about 8 miles south of Port Fourchon yesterday afternoon. Coast Guard watchstanders received an emergency position indicating radio beacon notification at 4:30 p.m. of a distressed commercial lift vessel. The watchstanders issued an urgent marine information broadcast, which multiple good Samaritan boatcrews responded to. The Coast Guard and multiple good Samaritan vessels rescued six people from a capsized commercial vessel Tuesday and are searching for more. 18 people are reported to have been onboard.

The crew of the pre-commissioned Coast Guard Cutter Glenn Harris, a 154-foot Fast Response Cutter, arrived on scene within 30 minutes and rescued one person from the capsized vessel. A 45-foot Response Boat-Medium boatcrew from Coast Guard Station Grand Isle rescued another person and good Samaritan vessels on scene rescued four other people from the water.