Senior citizens! Cannata’s Welcomes You to Shop from 7-8am 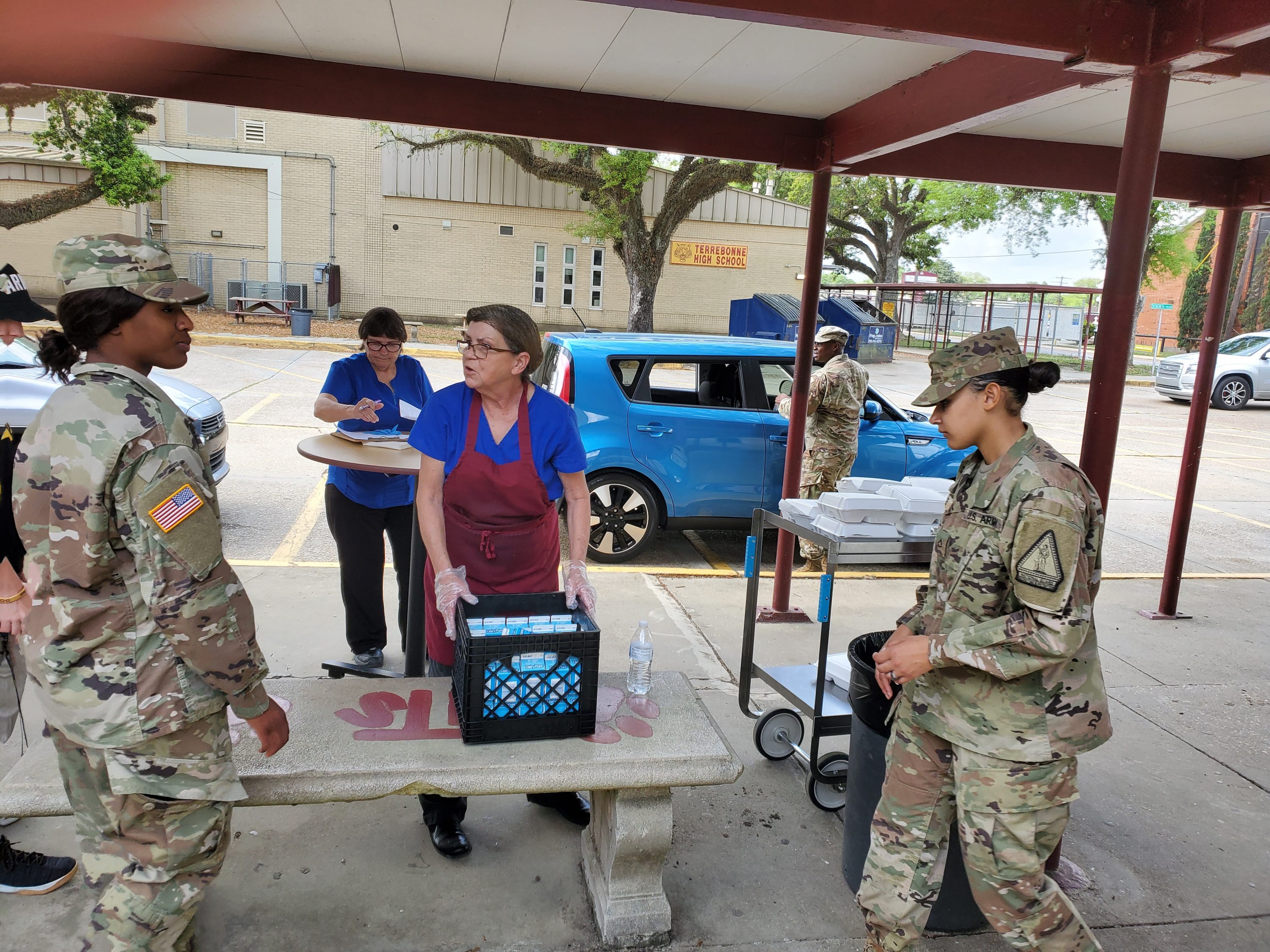 A stream of hundreds of vehicles lined up to receive lunch from school cooks and National Guard members. The effort was to feed children who were missing their normal lunch because of school closures caused by the response to Covid-19.

Noticing only 10 meals left, the 5 school cooks rushed back inside to cook more meals at 11:45am, Friday, March 20, and National Guard members informed the line of vehicles that mote meals were coming. By 1pm, the end of the meal distributions, 367 had been handed out at Terrebonne High School.

“Ya’ll see them,” said Bertie Verret, Food Service Manager, pointing her thumb over her shoulder. She was speaking to the other cooks carrying more plate lunches, “it’s never ending.”

SFC Robert Gregoire, Recruiter, was in charge of the group of three National Guard members. All four were helping out voluntarilly. 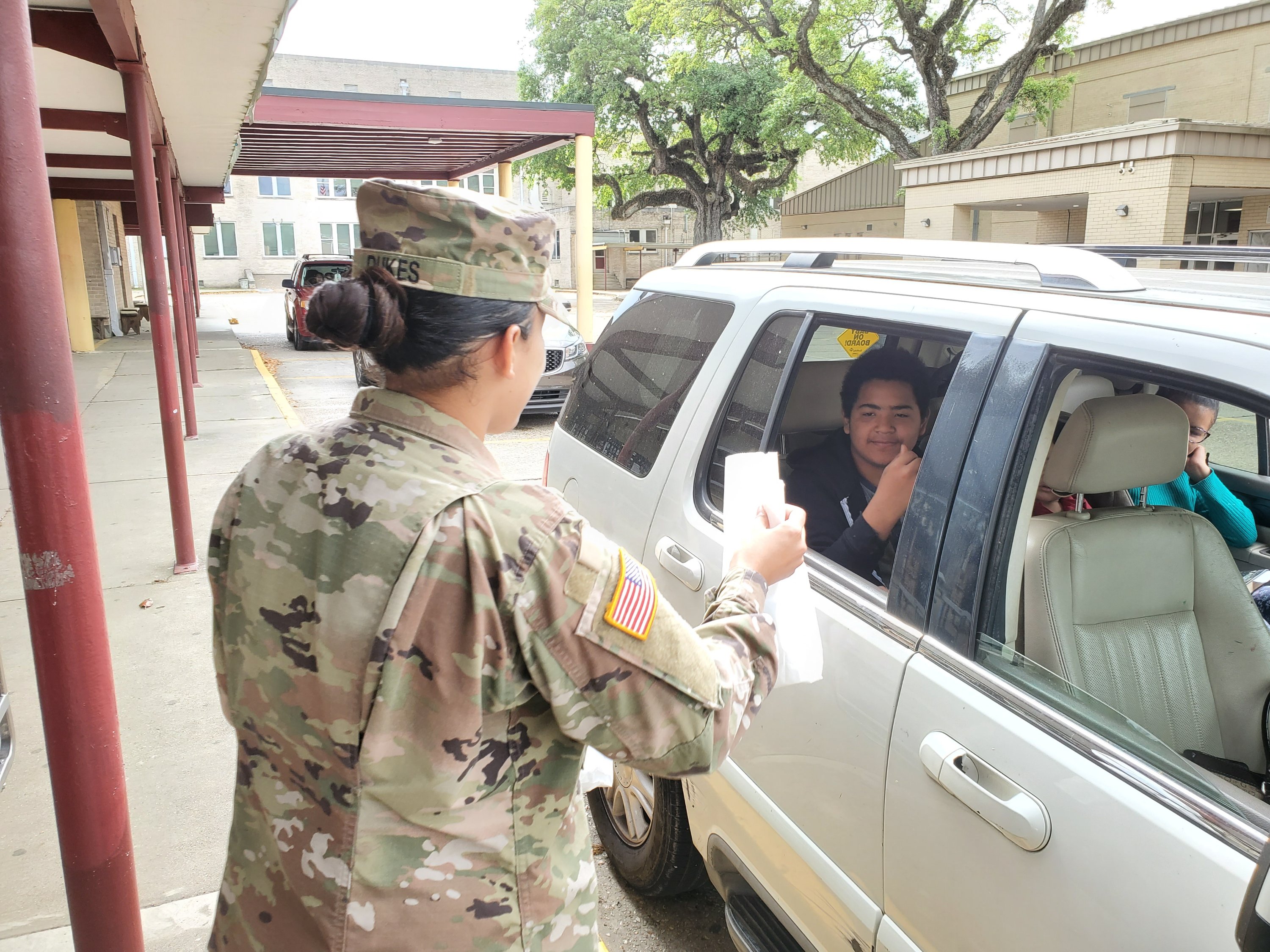 At first bag lunches were provided, and in the first 8 minutes of the event, 81 of the 200 prepared meals had been handed out. These contained fish sandwiches and green beans. These began to dwindle by 11:45am, and the cooks lept into action. They quickly began to cook up pizza, served with carrots, in styrofoam trays. 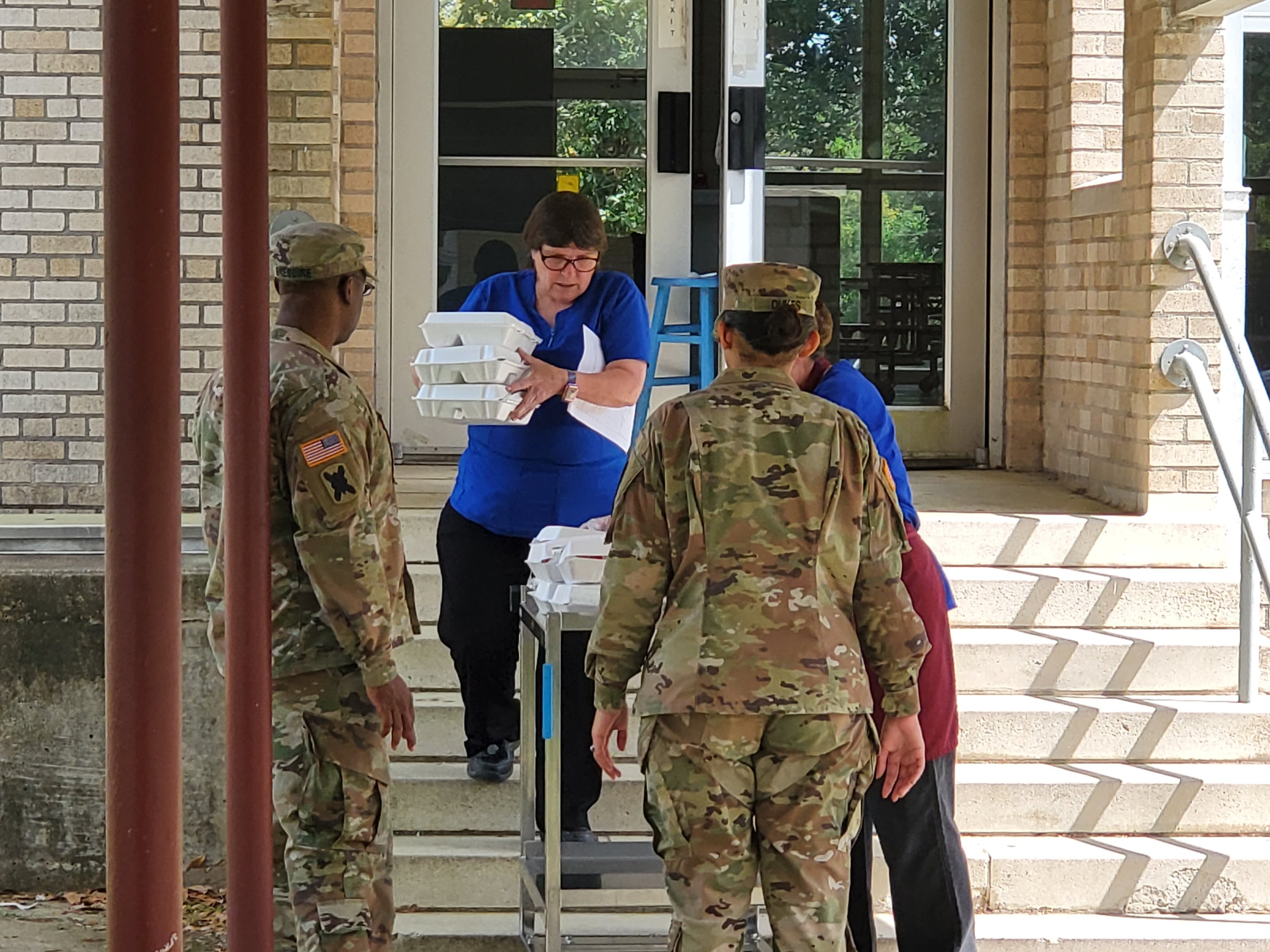 Schenika Brown, walked to the school with her son and 5 children from her neighborhood: Clarence Ray, Isaiah Singleton, Ja’khari Castle (the others said his last name was Ratcliff), Unique Harris, Bashawn Harris, and Emarion Short.

The kids played as the group waited for meals. Ja’khari said school being out was like, “vacation,” and he filled his time with fishing, swimming, and playing in a pirogue. Calrence said he wished he could go back to school.

When the group’s turn came to get their lunches, Ja’kari asked, “can my mom have a meal?” The meals were only for children 18 and under. As the group left, rounding the corner of the block, Ja’kari turned around and handed Brown his meal. He kept only his milk as they walked away.

Meals will continue to be provided Monday-Friday from 11am-1pm, and Verret said she intends to have 400 prepared on Monday.