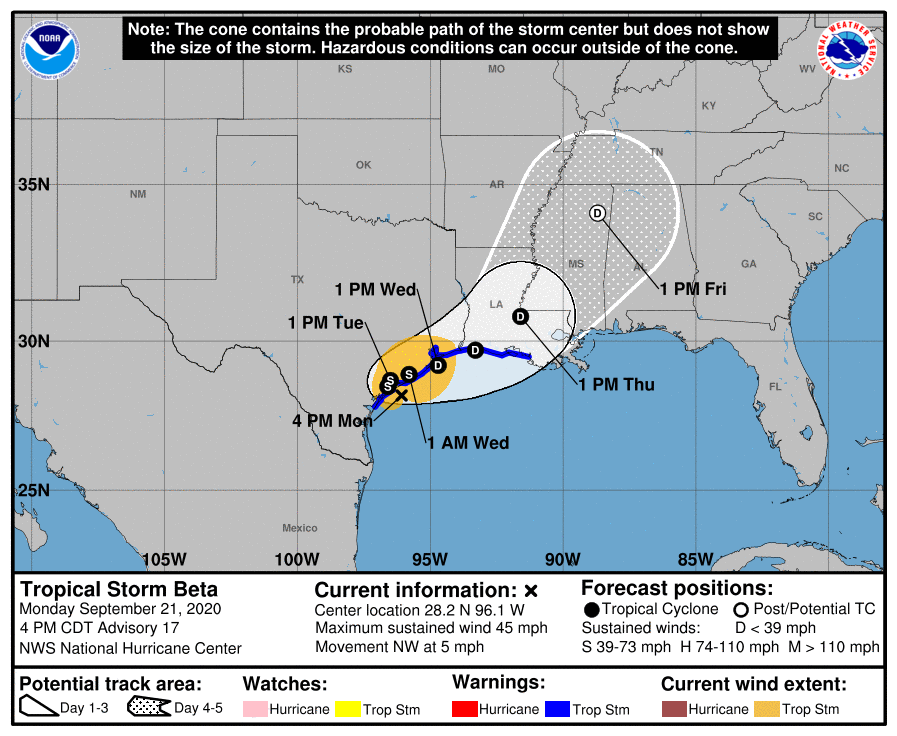 Oh, Beta… the Tropical Storm continues to sit off the coast of Texas, not having yet made official landfall. Locally, gusty winds along the land areas could persist through the evening hours. Heavy rainfall is possible for the next few days with 4 to 6 inches expected. Coastal flooding is ongoing and expected to persist and could slightly improve through Thursday. Terrebonne and Lafourche are under a flash flood watch and wind advisory. Lafourche is under a Coastal Flood Warning, and Terrebonne is under a Coastal Flood Advisory.

A forecast map from The Weather Channel shows Tropical Storm Beta making landfall in Texas near Matagorda Island, before turning to the northeast, going back into the Gulf and making a second landfall between Lake Charles and Lafayette. This, of course, just one forecast map. Beta is still not on any path of certainty. But it is something to be prepared for. 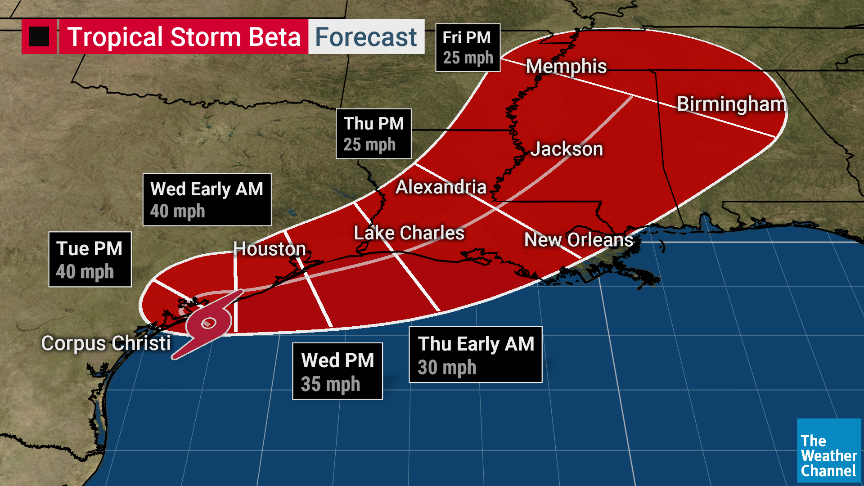 At 400 PM CDT (2100 UTC), the center of Tropical Storm Beta was located by NOAA Doppler weather radars and surface observations near latitude 28.2 North, longitude 96.1 West. Beta is moving toward the northwest near 5 mph (7 km/h), and this general motion is forecast to continue today. A decrease in forward speed and a sharp turn to the north and northeast are expected on Tuesday. On the forecast track, the center of Beta will continue to move toward the central coast of Texas today and will likely move inland by tonight. Beta is forecast to remain near or just offshore the coast of southeastern Texas on Tuesday and Wednesday.

Maximum sustained winds are near 45 mph (75 km/h) with higher gusts. Little change in strength is forecast before Beta reaches the Texas coast. Weakening is anticipated once Beta moves inland. 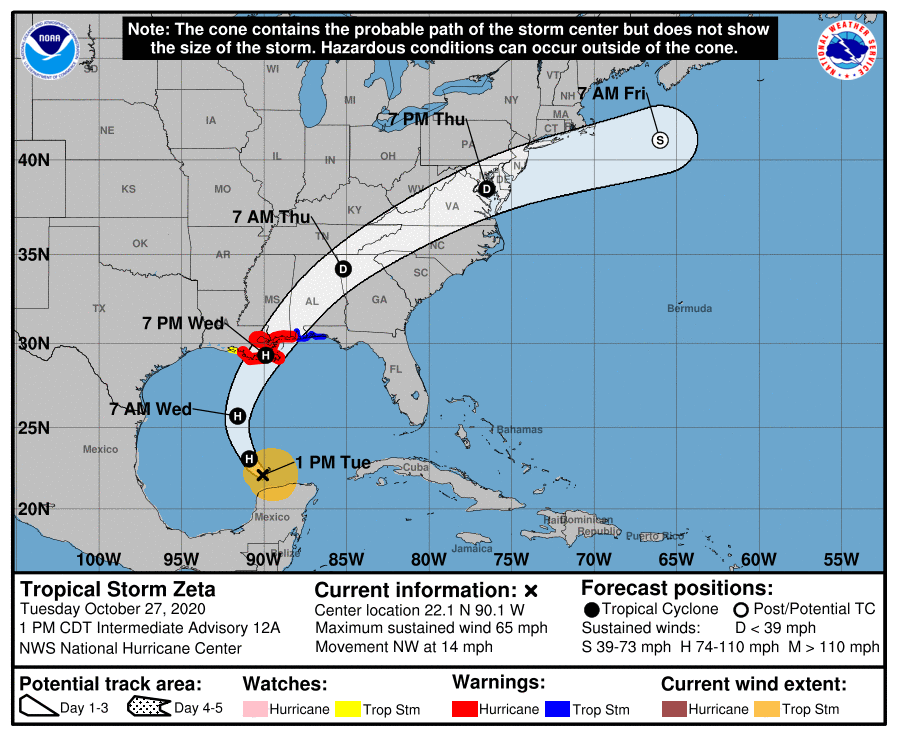 Zeta still on track to make landfall on Wednesday