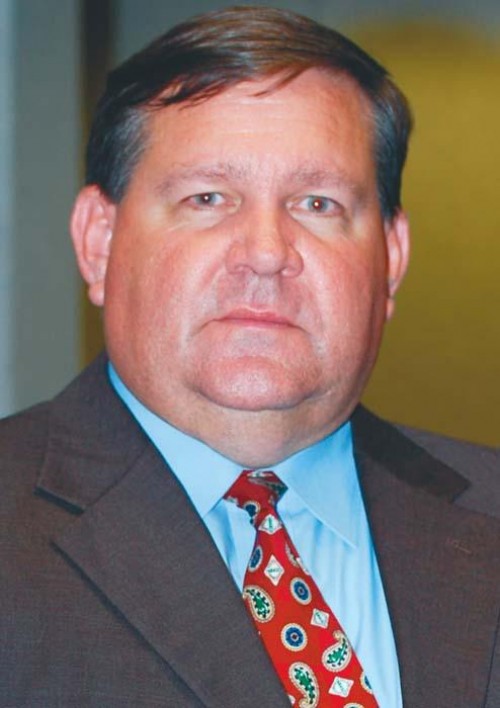 The public safety director position in Terrebonne was created in the Parish Code in 2000 but was never filled, said Parish President Michel Claudet.

Mitchell, a former commander of Louisiana State Police Troop C in Gray, will retire after working 25 years for the state police and is currently serving as deputy superintendent of Patrol/Transportation and Environmental Safety.

The parish council still must approve allocating money in the parish budget for the new post. Pending that approval, the council will vote on ratifying Mitchell’s appointment, said Council Chairwoman Arlanda Williams.

He will also oversee support services provided by outside agencies that have public safety functions.

“I am humbled by this chain of events,” Mitchell told the parish council at its Oct. 14 meeting. “I have a close working relationship with many of you.

“I’m looking forward to coming back to Terrebonne,” he said. “I’m a homeowner here. The fire department, the police department, juvenile justice, OEP-they’re all important to me.”

Claudet said he had wanted to fill the public safety director position but did not find anyone with the proper credentials.

“A number of people approached me and said they would like to be public safety director,” he said.

“Ralph Mitchell has all the experience and expertise needed. He’s from Terrebonne,” Claudet said. “When I found out he was retiring, I asked him.

“He’s a wonderful individual. I’ve been getting details, notes and phone calls (commending Mitchell),” he said.

Reggie Dupre, the current director of the Terrebonne levee district and former state senator for Terrebonne and Lafourche parishes, told the council, “You couldn’t ask for a better person. You’ll have all public safety issues answerable to the president. The police department, the fire department, OEP-it will streamline all the operations.”

“He knows his way around the state,” Claudet said. “It’s someone we need for Terrebonne to move it forward.”

Mitchell said, “I’m retiring soon from the state police. It’s an opportunity to work in a field I have experience in, to help Terrebonne.”

According to Claudet, filling the position will not change the authority structure within the parish departments overseen by the public safety director.

Claudet compared the post to the role played by Terrebonne’s parish manager, who oversees utilities and public works, among other areas.

“They have their own departments,” he said.

In his current job, Mitchell is responsible for public safety and the service operations of the nine state police troops in Louisiana, according to the Louisiana State Police Web site.

He received training in traffic accident reconstruction at Northwestern University’s Center for Public Safety in the Chicago, Ill. area and works as an adjunct instructor at the college.

With the state police, he serves on committees dealing with hurricane evacuation, communications and highway safety.

Mitchell said, “I spent a lot of time on preparations for hurricane evacuations.”