Cristobal is now a tropical depression; heavy rain and high surf should begin to reach the U.S. Gulf Coast Saturday 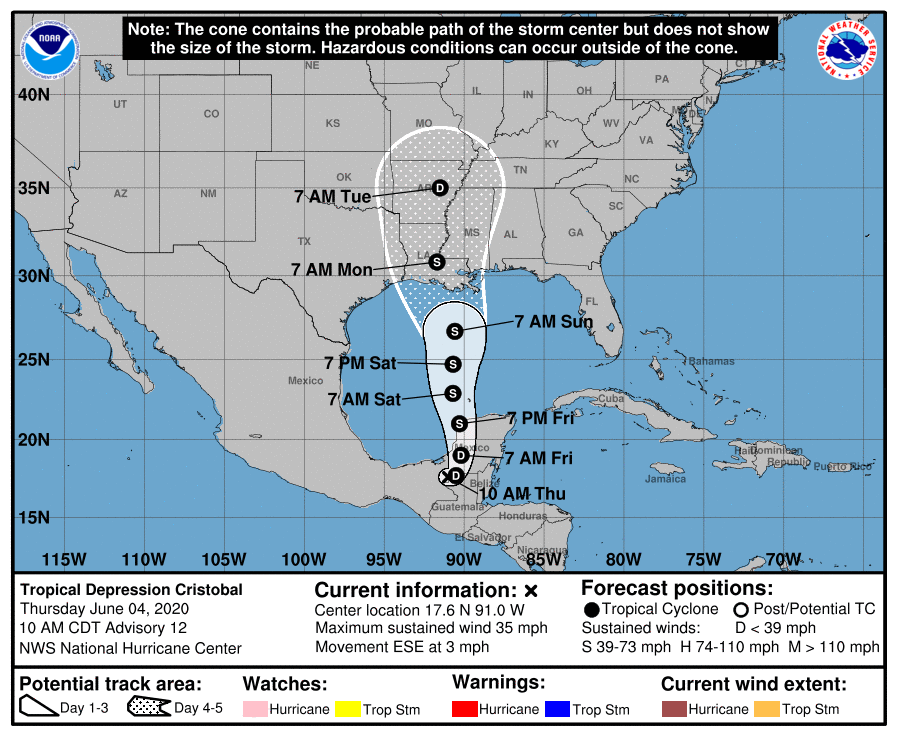 The 10AM update shows Cristobal has weakened to a Tropical Depression. It is still expected to strengthen to a Tropical Storm again, as it heads into the Gulf of Mexico on Friday and Saturday. Winds speeds at landfall are projected to be 40MPH at this time. Cristobal is expected to have a rather large wind field for a tropical storm, and heavy rain. The National Weather Service has already issued flood watches in Louisiana.

The government of Mexico has discontinued the Tropical Storm Warning from Campeche to Coatzacoalcos. There are no coastal watches or warnings in effect. Tropical storm watches or warnings may be required for portions of the Yucatan Peninsula of Mexico later today. Interests there and along the northern coast of the Gulf of Mexico should monitor the progress of Cristobal.

As of 10 a.m. CDT, the center of now Tropical Depression Cristobal was located inland over Mexico about 160 miles (260 km) south-southwest Campeche.The depression is moving toward the east-southeast near 3 mph (6 km/h), and this motion should continue through midday. On the forecast track, the center will move over the land mass of extreme northwestern Guatemala and eastern Mexico today and tonight. The center is forecast to move back over the southern Gulf of Mexico Friday or Friday night, over the central Gulf of Mexico on Saturday, and approach the northern Gulf of Mexico coast Sunday and Sunday night. 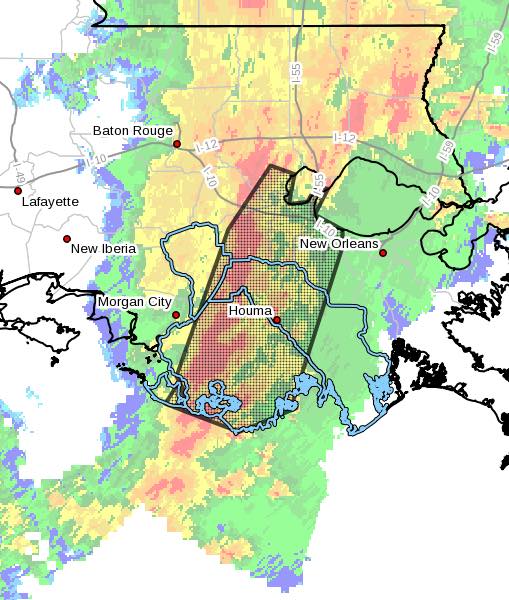