Cristobal still on course to impact Louisiana by Sunday 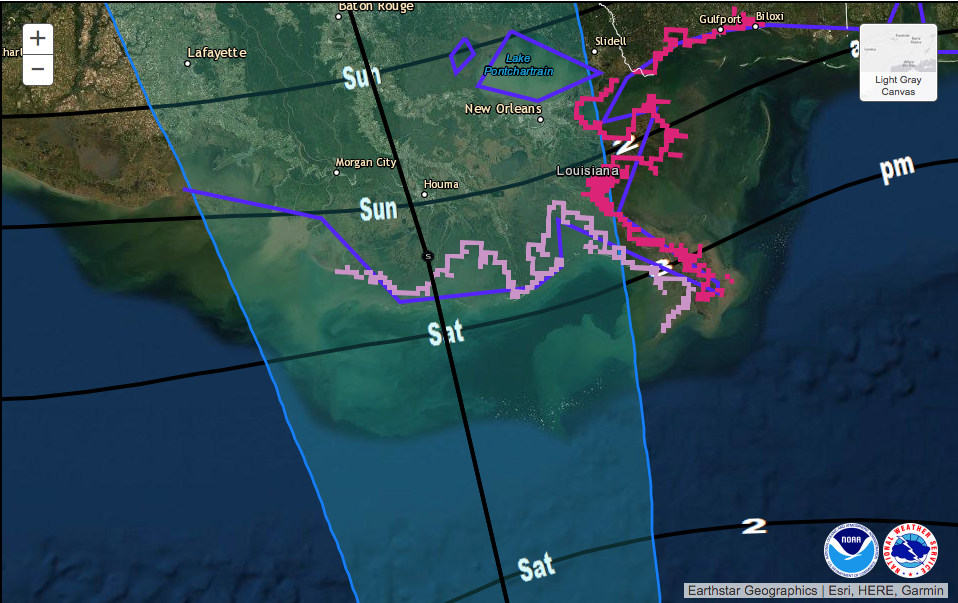 Tropical Storm Cristobal has shown little change at the 10AM update, with its forecasted north-northwest track still bringing the center of the storm slightly to the west of Houma. Cristobal is expected to reach our coast on Sunday morning.

Our area should prepare for heavy rain and possible flooding. Rainfall totals are estimated between 4-8 inches, with isolated areas of up to 12 inches. Tropical storm force winds could reach our area as early as tonight.

Locally, Terrebonne and Lafourche have issued mandatory evacuations for low-lying portions of the parishes.

In Lafourche, Parish President Archie Chaisson has issued a Mandatory Evacuation for all residents and businesses south of the Leon Theriot Flood Gate and other low-lying areas. The Mandatory Evacuation takes effect Saturday, June 6, 2020 at 6 p.m. In order to accommodate evacuees that will need shelter, the Recreation Center (241 Recreation Drive, Raceland, LA 70394) will open at June 6, 2020 at 2 p.m.

In Terrebonne, Parish President Gordon Dove has issued a Mandatory Evacuation for Zone 1, or ALL areas in Terrebonne Parish outside of the Morganza system effective at 2 p.m., Saturday, June 6, 2020. All interests outside of the Morganza system are strongly urges to comply with this mandatory evacuation order given the magnitude of the expected storm surge. The parish will open a shelter at the Houma Municipal Auditorium, 880 Verret Street, at 2 p.m. today to accept evacuees. You should bring sufficient food, water, bedding, baby formula, medicine, masks and hand sanitizer, power strip surge protectors, and supplies to last at least 3 days. 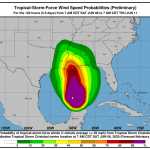 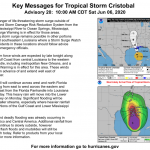 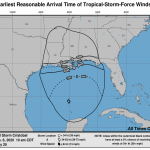 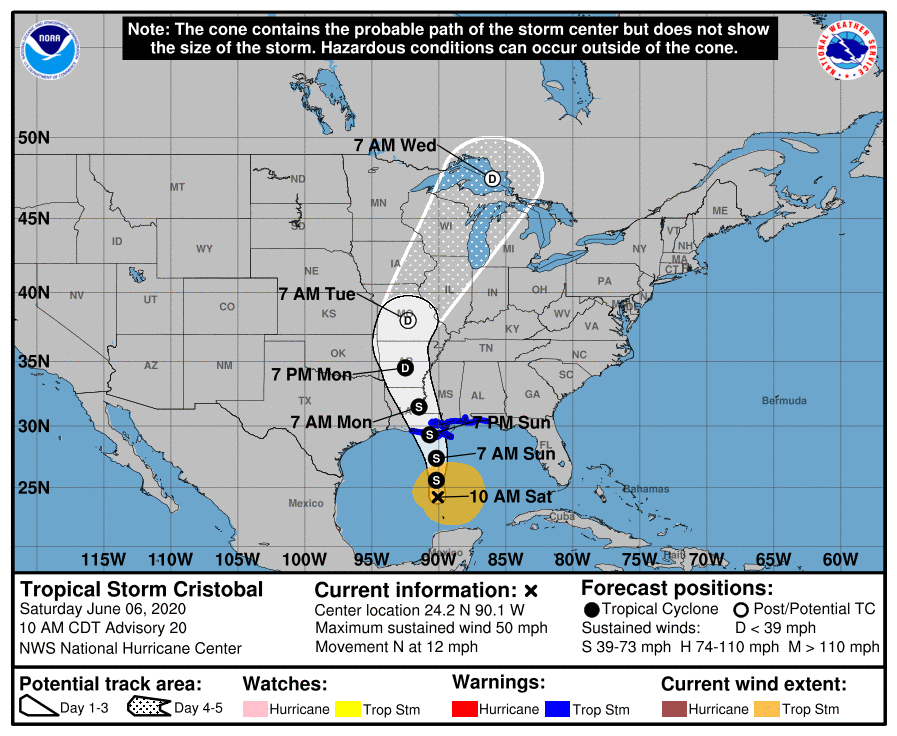 At 1000 AM CDT (1500 UTC), the center of Tropical Storm Cristobal was located near latitude 24.2 North, longitude 90.1 West. Cristobal is moving toward the north near 12 mph (19 km/h), and this general motion is expected to continue for the next day or so, followed by a gradual turn toward the north-northwest. On the forecast track, the center of Cristobal will move northward over the central Gulf of Mexico today and tonight, and will be near the northern Gulf of Mexico coast on Sunday. Cristobal’s center is then forecast to move inland across Louisiana late Sunday through Monday morning, and northward across Arkansas and Missouri Monday afternoon into Tuesday.

Maximum sustained winds are near 50 mph (85 km/h) with higher gusts. Some slow strengthening is forecast until landfall occurs on the northern Gulf coast. Weakening will begin once Cristobal moves
inland late Sunday and Monday. Tropical-storm-force winds extend outward up to 240 miles (390 km) from the center. The minimum central pressure reported by an Air Force Hurricane Hunter aircraft is 994 mb (29.36 inches).