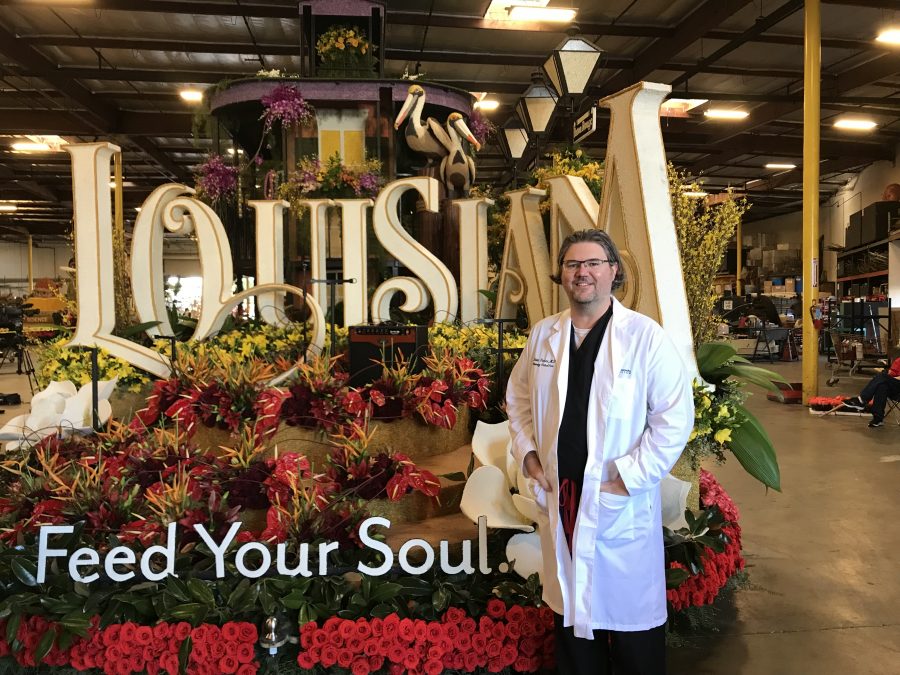 Dr. Brian Parker found out he was chosen to represent healthcare heroes in California at the Rose Parade just a couple of weeks before the parade itself. When Lt. Governor Billy Nungesser attended Thibodaux Regional’s Cancer Institute’s ribbon-cutting ceremony where he announced he wanted a representative specifically for the parade. Dr. Parker said it was a little bit of a surprise when he was asked but he felt a sense of pride and it was an honor to represent the medical community of not just the region, but the entire state. “It’s a big deal,” he said, “I don’t take that lightly, for sure.”

Dr. Parker is a pulmonary specialist at the hospital. Thibodaux Regional Health System CEO Greg Stock said the choice was tough, but they are happy with the choice and grateful Dr. Parker accepted the honor. “Dr. Parker is a great young pulmonary critical care doctor who has been with us for several years,” Stock said, “He’s from Houma, Louisiana and very much a part of the culture here and has done an outstanding job during now what is a couple of years into COVID and during very critical situations like when we weren’t operable following Ida.” He also described Dr. Parker as calm, cool, and collective during critical times such as having to transport patients from the critical care unit to other areas, “He rationalized challenging situations really well, communicates effectively, works well with the other doctors and team members, and we just felt like that he was a great representative. We feel like we have a lot of great people and he represented them well,” he said.

Parker was supposed to fly into California at noon but his flight was canceled. He didn’t get in until 3 a.m. Thursday before New Years where later that day the float decorating took place. This was the first time all of the Louisiana representatives were able to meet together. He said they were able to see all the floats and meet, but don’t be fooled, they were put to work too. The floats were decorated by volunteers that were doing very intricate work and did amazing things and he said they were able to also participate in decorating to get the float ready for Saturday’s New Year parade. Although the work was tedious, Dr. Parker said it was beautiful and well worth it.

They judged the floats the day before the parade which included a ceremony where they all put on their parade attire and the Hot 8 Brass Band spread Louisiana vibes. All of the hard work paid off because the Louisiana Feed Your Soul Float won the Wrigley Legacy Award for the most outstanding display of floral presentation, float design, and entertainment!

In true Louisiana fashion, Dr. Parker said they sort of took over the attention, which anyone who has experienced Louisiana tradition wouldn’t expect anything less.  He said the day of decorating, Louisiana Tourism and Travel had beignets and jambalaya to feed the volunteers from the other states. Once they were done with decorating, the brass band started up and gave a second-line experience to everyone around. “I think it was a different experience for the people from California and the different states to see what we do when we get together,” he said, “we turned it into a party and people tend to flock around the people from Louisiana especially when the music starts going. It was a great experience for sure.” Dr. Parker reminisced about conversations with the out-of- state people and they told him they have never been fed the way they were. While laughing, he said his response was well, we eat like this all the time! He said the other states were very appreciative and everyone representing Louisiana did an amazing job.

We hear parades and we think of Mardi Gras, especially now that it’s Carnival season, and Dr. Parker is no stranger to Mardi Gras since he’s ridden in Endymion in New Orleans for nearly 15 years. “The whole scene is different,” he said. He said it was a pomp and circumstance style parade and it was “awesome” in its own rite. “We had Louisiana people on our float including a brass band, so while the experience wasn’t exactly the same, we brought Louisiana to them,” he said. 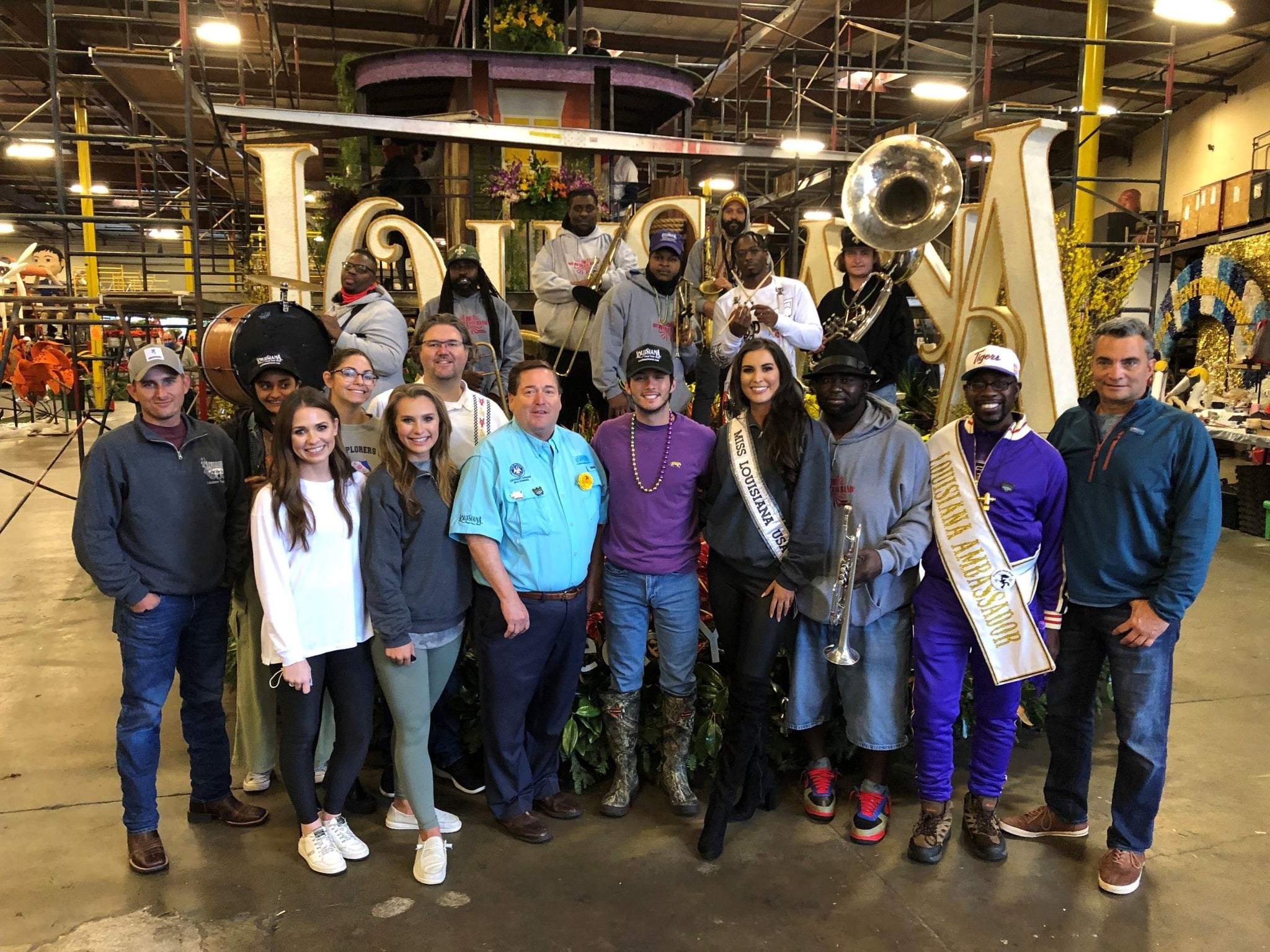 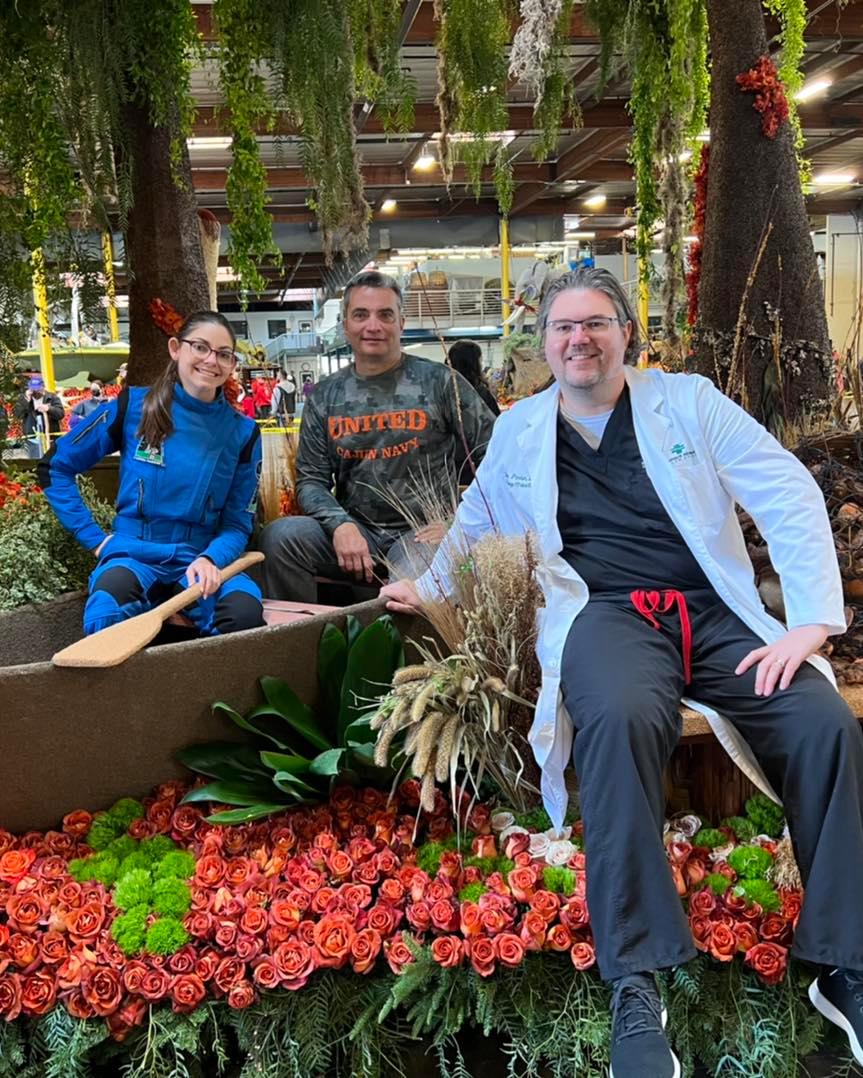 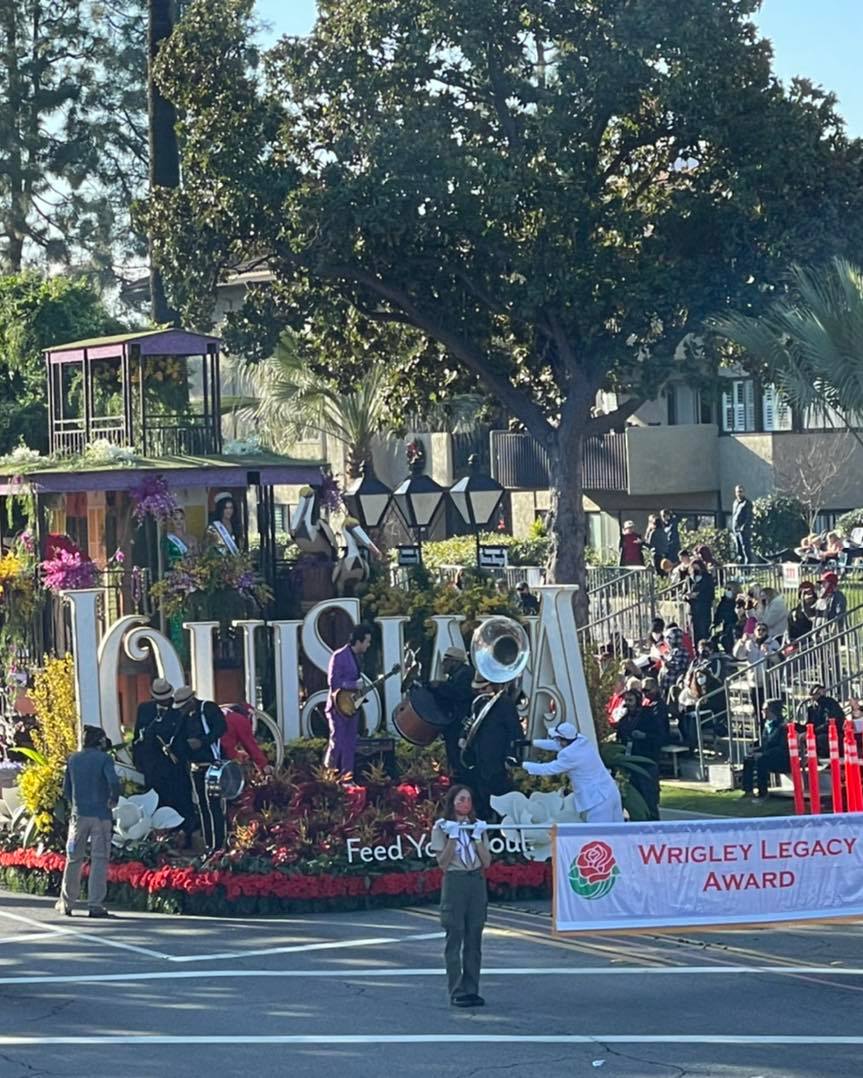 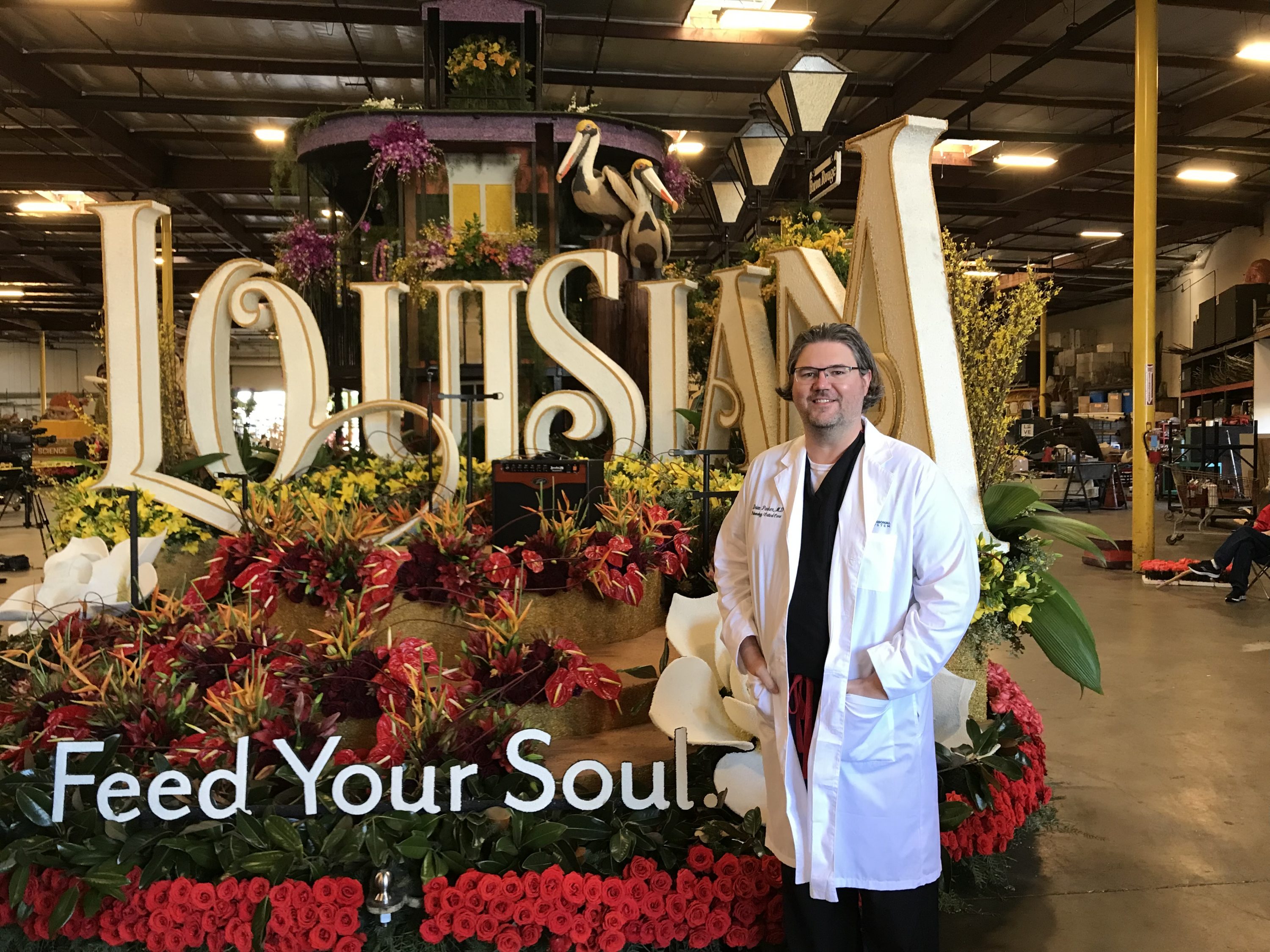 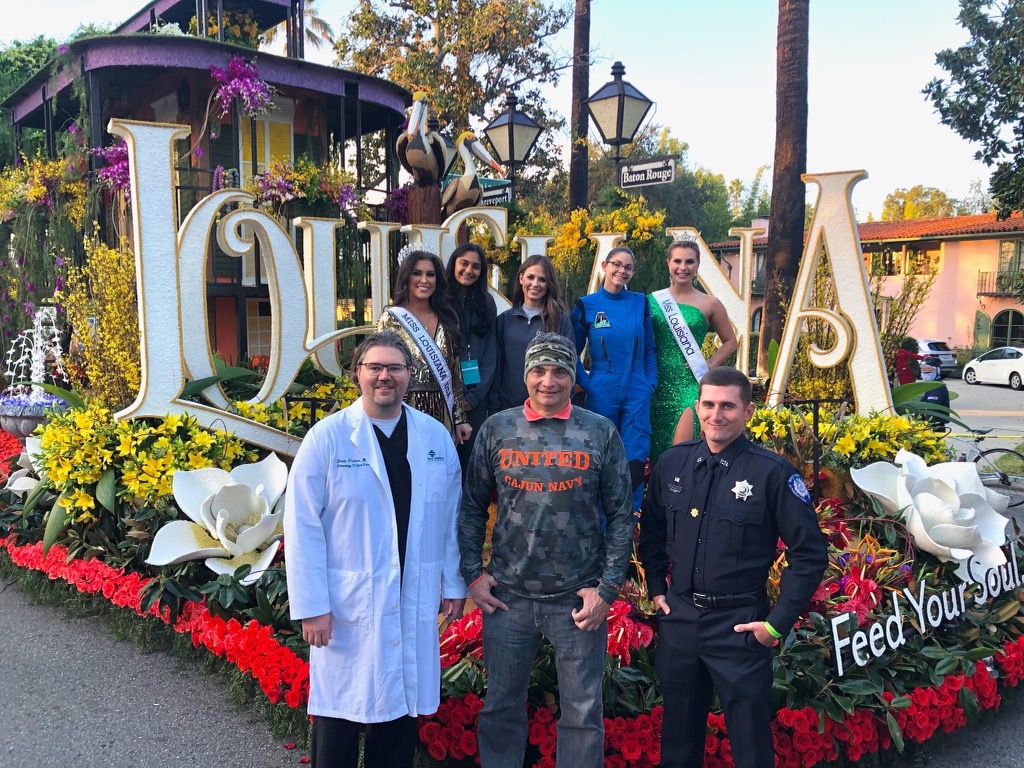 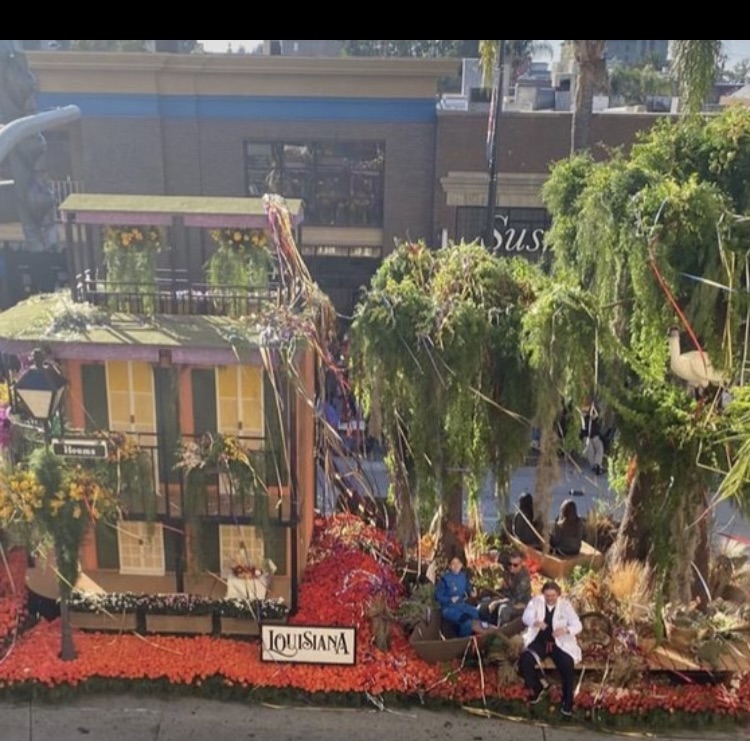 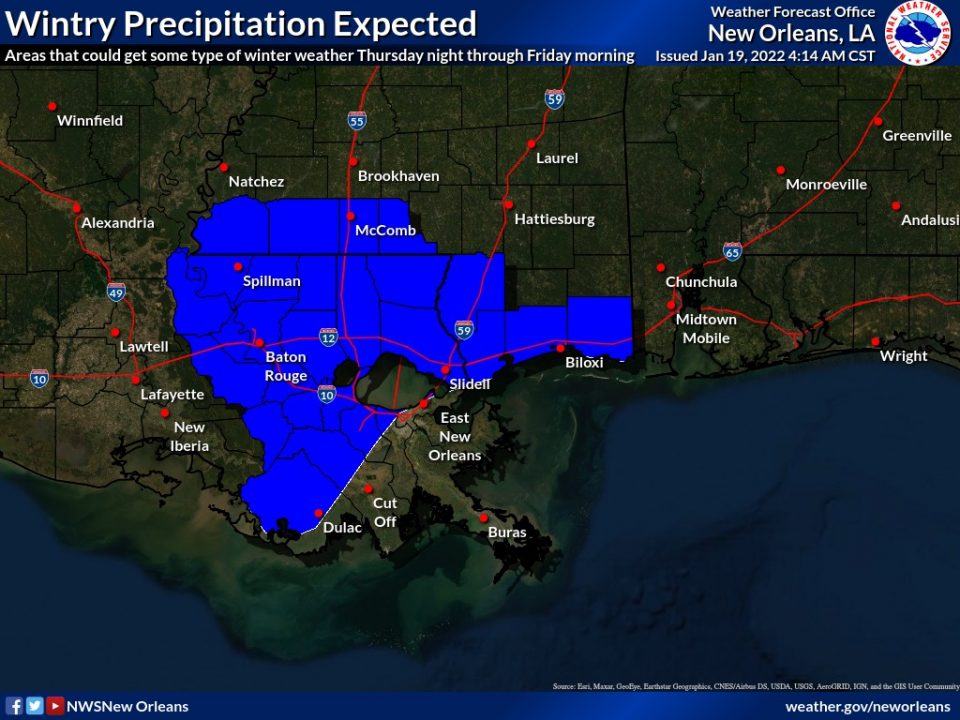