Lent about more than trading burgers for shrimp in restaurant line

Erny has practiced law for 25 years, primarily in insurance defense. He works now as Progressive’s appointed attorney to represent the insurance company’s clients in lawsuits filed against them.

Erny, whose father J.J. Erny was a district judge in Lafourche, received his undergraduate degree in finance and his law degree from Louisiana State University. He served as law clerk for Morris Lottinger Jr., former chief judge on Louisiana’s First Circuit Court of Appeal.

“I always wanted to do what my dad did, even when I was young and we would get calls from various people we knew. I knew my dad was helping people out, even when he was a lawyer before he was judge,” Erny said. “I knew that he was doing good for our parish, and I always wanted to hopefully work myself into a position where I would be able to serve the parish, as well.”

Lewis, who is licensed to practice before the Louisiana Supreme Court and U.S. Supreme Court, has been an assistant district attorney in the 17th Judicial District since 2002. He has worked on both sides of the docket, handling criminal defense with his private practice prior to joining the DA’s office.

“I always aspired to be a judge, and I think a judge should be well rounded, not just practicing primarily one part of law, whether it be insurance or whether it be just personal injury,” said Lewis, a Larose native and Thibodaux resident. “I think judges should have a well-rounded background, criminal and civil and appellate experience.”

Lewis, the youngest of 11 children born to his parents, served in the U.S. Army from 1974-77, which included a 31-month deployment to Germany. Afterward, he received a bachelor’s degree in government from Nicholls State University and a juris doctorate from Southern University Law Center.

Lewis clerked for the Capital Area Legal Services and worked with Bernard Knobloch, former chief judge of the 17th Judicial District. Lewis went on to start his own firm, specializing then in general practice, divorce, successions and criminal defense. He also spent a stint with the public defender’s office.

Lewis claims as one of his career “milestones” his work as associate professor of paralegal studies at Nicholls State University. The program was successful in landing its students jobs that once rare, have become ubiquitous in private firms, Lewis said.

“I think any judge that sits on the bench brings with them life experiences, and you can draw on those life experiences from time to time. Having a diverse background helps with that in so many ways,” Lewis said.

Lewis has also maintained an active presence in civic engagements, serving on Lafourche Sheriff Craig Webre’s transitional committee, as a past board member of the American Marine Institute and the Louisiana Works Commission and past president of the Lafourche Parish Bar Association, among other boards and commissions.

“I’ve been to almost all of the state courts in Louisiana, seen how all judges – not just the ones in Lafourche and Terrebonne, but – all the judges around the state and in federal court, how they operate their dockets, what they do to manage their dockets to make their cases move smoothly … I think all of those experiences are going to make me the type of judge that Lafourche can be proud of,” Erny said.

Additionally, Erny said he would support the parish’s drug court program, which aims to rehabilitate nonviolent drug offenders rather than incarcerate them.

“You don’t want to put every kid in jail for getting caught with drugs,” he said. “Sometimes they just went down the wrong path, and if you get them early and put them on the drug court program, which is constant drug testing and constant monitoring, and if they fall off that wagon, they go to jail. With that over their head, a lot of them can get straight, and a lot of them stay straight.”

Erny said his pre-professional work history spanned shrimping, trapping and working as a deck hand on tug boats, experiences that allowed him to meet Lafourche residents from all walks of life.

“I’ve done just about everything that everybody in Lafourche does to make a living at one point or another in my life,” Erny said. 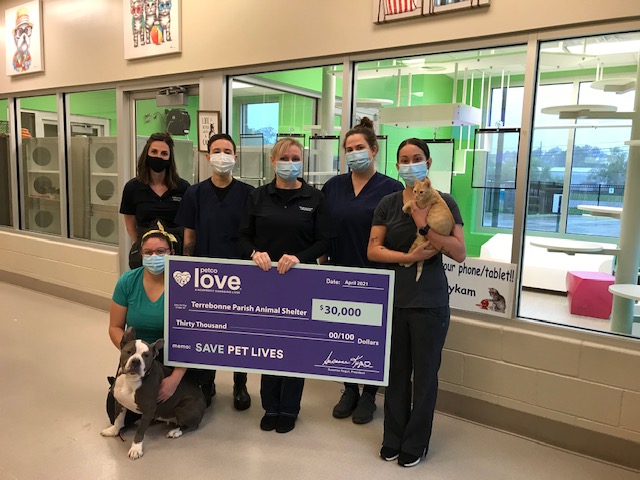