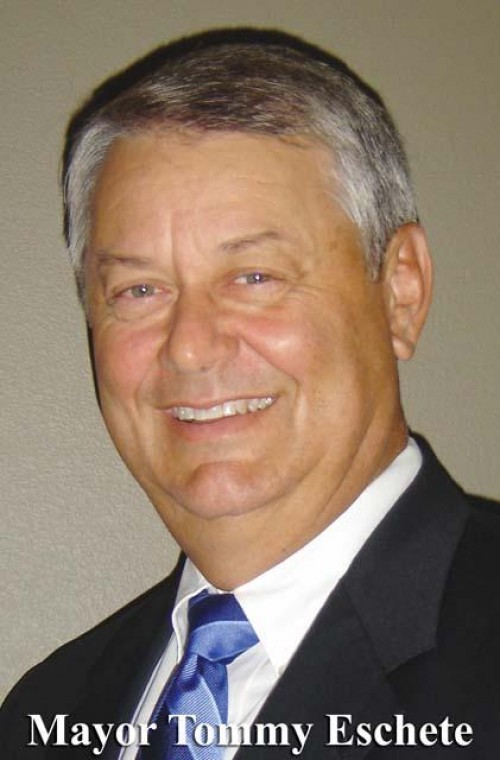 Thibodaux voters will face a couple of important decisions over the next eight months, including an amendment to the municipal constitution and a tax measure that would fund improvements to the recreation infrastructure.

On Oct. 22, voters will decide whether or not to amend the city’s Home Rule Charter and impose a limit of three consecutive terms on the mayor’s seat. Thibodaux Mayor Tommy Eschete is six months into his first term, which would count toward his limit if the amendment passes.

“I will tell you that I do believe in [term limits],” said Eschete, who is six months into his first term. “I believe that it institutes fresh ideas, a new focus, new energy. It’s not an indictment of people who have been in office for a long time, but it’s just a way that I think we can interject new ideas in government.”

As the keynote speaker of Monday’s Bayou Industrial Group luncheon, Eschete said he is following through on his 2010 campaign pledge to introduce term limits on the city’s top administrative position.

The city’s Home Rule Charter is undergoing a facelift. Eschete said he is working on an amendment that would give the city council the opportunity to reappoint department heads every four years and one that mandates a pre-budget conference to hear ideas from the council.

In another voting matter, scheduled for March 10, voters will decide on a tax proposition that the mayor said is essential to funding his planned recreation improvements.

Specifics of the proposed tax call will be made public in October, Eschete said, which is when his administration will start the process of selling the tax to the voters. It could be a property tax or sales tax.

“It’s not to say our facilities haven’t been maintained and taken care of over the years, but I think it’s time that we look at a reinvestment into our facilities in the City of Thibodaux,” Eschete said.

The Thibodaux mayor outlined four capital outlay projects that he would like to see his administration see to fruition:

“The whole concept of this is nice,” he continued. “We can’t make those ideas come true without a revenue stream. …It’s either going to be a property tax or a sales tax.”

The Lafourche Parish Council is mulling over the right time to introduce a tax measure to voters to fund a new jail. The North Lafourche Conservation, Levee and Drainage District has said it is considering bolstering its revenue stream for drainage infrastructure.

Still, Eschete said he believes the people of Thibodaux will vote to improve quality-of-life amenities. “I really believe that the citizens of the City of Thibodaux are ready for this. It’s time for us to make this reinvestment in our program,” he said.