Get Cooking with the Colonels! 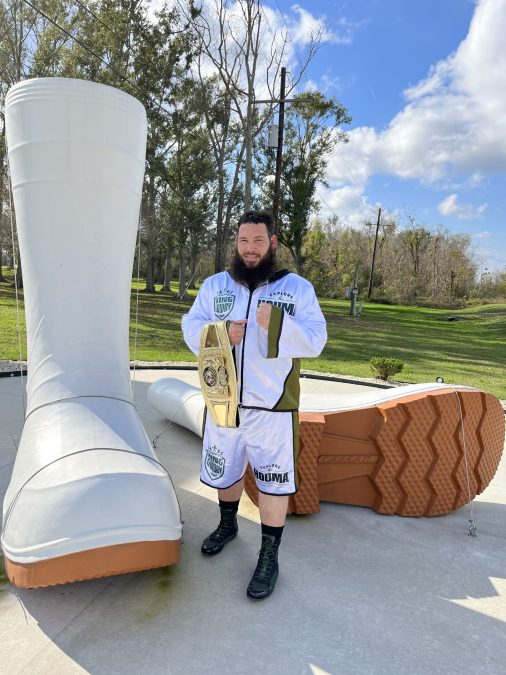 Explore Houma is excited to announce their official sponsorship of local boxer, Jonathan Guidry, as he prepares to defend his title in the upcoming match on Saturday, January 21st, at 9:00 p.m. in Miami, Florida.

Dulac native, Jonathan Guidry is a 33-year-old North American Boxing Association (NABA) Gold Heavyweight Champion and is preparing to defend his title in the upcoming “Let Freedom Ring” match. Managed by world-renowned and six-time World Boxing Association (WBA) “Promoter of the Year” Don King, Guidry has been training to face former World Boxing Council (WBC) World Heavyweight Champion Bermane Stiverne in this weekend’s match. For the first time in his career, Guidry will be the main event fighter on a big stage.

“I’ve spent my entire life working and living off the bayous – shrimping, crabbing, oystering. It wasn’t easy, but it taught me the value of hard work,” stated Guidry. “I’m a guy from a small town, and I’m proud to be up in that ring representing Dulac and the Bayou region and showing kids that they can be anything they want to be when they grow up.”

Sporting the Explore Houma logo throughout his gear, Guidry represents the community in which he was born and raised, proud to be from the bayou as he pursues his dream of being a world champion boxer. 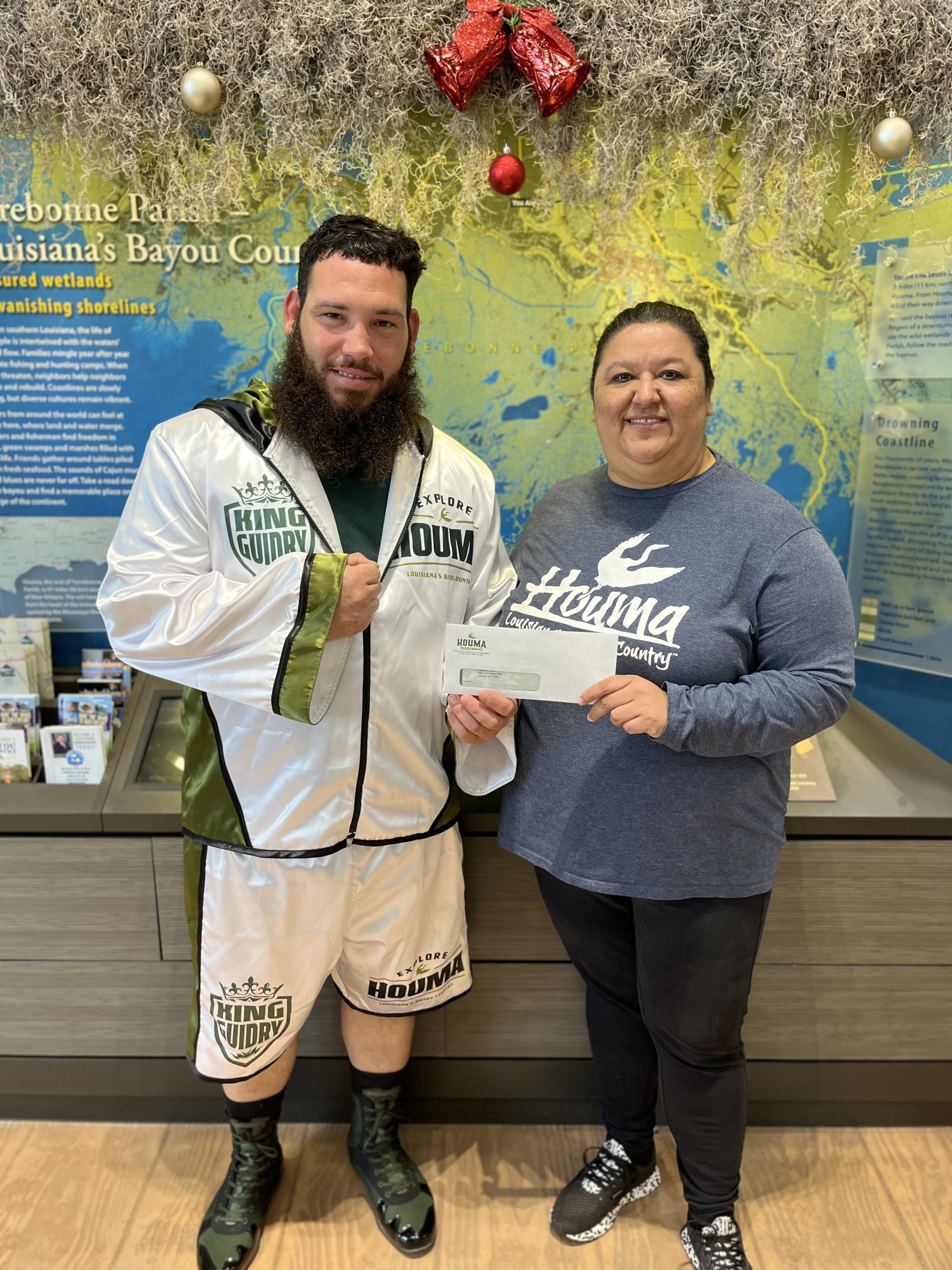