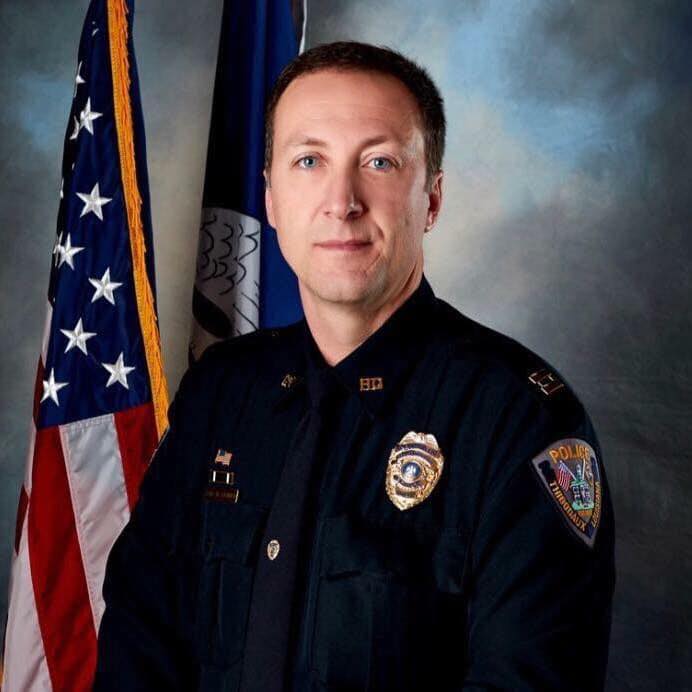 Wednesday afternoon, members of the Thibodaux Civil Service Board granted Todd Gagnard, a former Thibodaux Police captain, a continuance on his appeal hearing.

Gagnard has said he was fired from Thibodaux Police Department earlier this year because he refused to retire after reporting police misconduct.

“On February 27th of this year, the Chief of the Thibodaux Police Department tried to force me to retire, so that police misconduct that was reported to me could be covered up. When I refused to retire, I was terminated,” reads a June 4 Facebook post from Gagnard. “The Chief told me that I should have reported the police misconduct to him, and for that reason, I would have to retire or be dismissed. So, I forced him to terminate me.”

The lieutenant who was the subject of the misconduct is still a member of the department, he added.

“Therefore, my decision not to report the misconduct directly to the Chief was the right decision. The Chief is related to the Lieutenant in question, and has covered up his misconduct for the past five years,” the post continues. “So, for that reason, I reported the misconduct and crimes to an outside agency.”

On Wednesday, the 25-year law enforcement member argued why his hearing should be postponed. His former attorney, Jerri Smitko, advised him on Sept. 4 that there is a conflict of interest with her representing him because she is representing his wife on a criminal matter, Gagnard said.

After numerous calls, he found an attorney to represent him, Gagnard said; however, the attorney told him he would out of town on Sept. 16. “He’s more than willing to defend me, to represent me at my appeal,” said Gagnard, who later added he was at a disadvantage because all parties involved had representation except for him. “But we just simply need more time.”

Gagnard also said that Smitko only asked for one continuance on his behalf in July, after she learned he was a person of interest in a matter the Lafourche Parish Sheriff’s Office was investigating.

Danny Cavell, who is representing the City of Thibodaux, argued against the motion to grant a continuance. He said that previous hearing dates were approved by Smitko and that she started representing Mrs. Gagnard in August.

“Again, it wasn’t until, as Mr. Gagnard said, September 4th was the request made to continue the hearing because Ms. Smitko, presumably, did not notify her client that she was getting out of the case,” he continued. “Again, that’s all within the control of Mr. Gagnard and his attorney up until that point.”

When Gagnard argued his reason for the continuance, he also said there was a conflict of interest with a Civil Service Board member, who he later identified as Monique Crochet.

It was discussed that the board to seek a legal opinion on potential conflicts of interest.

“This is directly related to one of the reasons why I couldn’t bring the officer misconduct reported to me to Chief Zeringue,” he said.

All board members present, Andrew Riviere, Deborah Moorhead and Todd Magee, voted to grant the continuance.

Ultimately, it was decided to continue the hearing on October 13-14.

Thibodaux Police Chief Bryan Zeringue declined to comment due to the pending appeal.