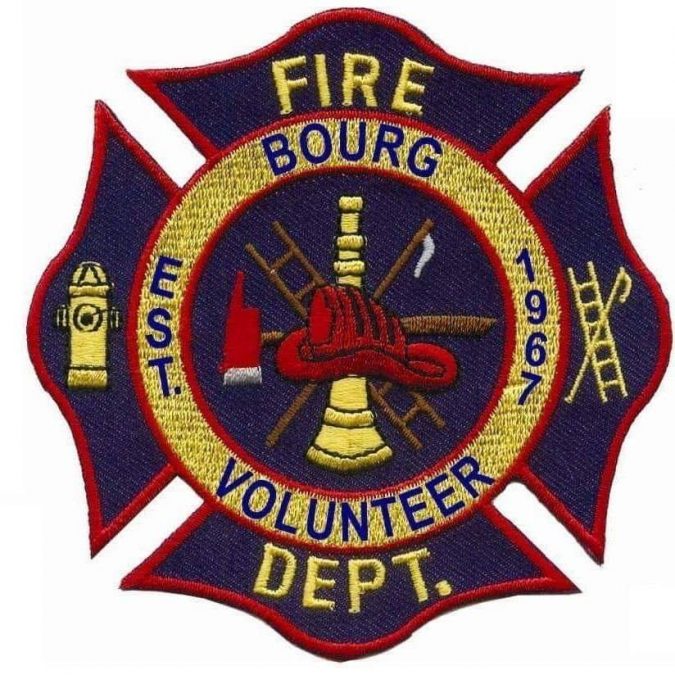 From the Bourg Volunteer Fire Department:

Bourg Fire Department was dispatched as mutual aid for Lafourche Fire Dist. 3 as they have an extended response from the Larose area.

The Bourg fire chief arrived first on-scene at 12:46 pm and assumed command of the incident. The home was a 2 story residence and estimated to be 1300 sq/ft and located on Glenn Street in the heart of Grand Bois. A second alarm was initiated for manpower as it was declared a working fire. Shortly after command arrived on-scene two engines from Bourg Fire Department arrived and assigned to fire attack. Light smoke was visible from the exterior of the residence and Lafourche Dist 3 engines and personnel arrived shortly afterwards. Water supply was the next concern for command and Lafourche Dist. 3 units were assigned to locate and prepare for a relay operation as the use of fire hydrants in this area is not an option.

The fire was hidden initially in the walls and void spaces in the home so interior fire crews had a hard time locating the seat of the blaze. The fire finally showed it location and crews were able to extinguish the blaze without needing to initiate the relay operation for water supply. The engines from Bourg and Laf. Dist 3 had enough water onboard to extinguish the fire and overhaul the scene.

Command was transferred to Lafourche Dist. 3 command staff while salvage and overhaul were being completed.
No one was injured in the fire and the cause is under investigation by Lafourche Parish Fire District 3.
Bourg Fire and Lafourche Dist.3 have a long history of working well together to protect the community of Grand Bois. The command staff members of both departments work together on providing the best services available to this community and those citizens that travel along Bourg Larose Hwy.

We would like to thank the other responding agencies to this call that helped bring it to a safe conclusion.
Acadian Ambulance, Lafourche Parish Sheriff’s Office, Montegut Fire Department, Little Caillou Volunteer Fire Department, Terrebonne Parish Sheriff’s Office and as always our dispatchers at the Terrebonne Parish Communications District E-911.

We would also like to send a shout-out to Village East Volunteer Fire Department for covering the community of Bourg while we were working on this scene.