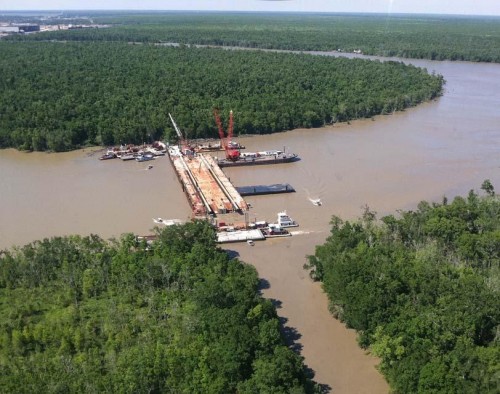 The U.S. Army Corps of Engineers New Orleans District announced last week that they have ceased flood fighting efforts along the Mississippi and Atchafalaya rivers.

The efforts began on Dec. 13 when water levels rose due to excessive rainfall throughout the Mississippi River Valley.

The corps said since being summoned to the area, the rivers’ waters have dropped, which will allow work to resume as normal along the rivers’ levees and floodwalls.

But officials with the National Weather Service’s New Orleans’ office caution to not overreact to the good news, emphasizing that it’s still far too early to determine whether or not this year will bring a repeat of last year’s flood event.

“It’s still too early to make a clear and definitive educated guess,” said NWS Service Coordination Hydrologist Jeff Graschel. “It is very early right now, so we’ll all have to stay tuned and keep our eyes on what’s happening.”

Graschel said that while cautious, he believes there is plenty of reason for optimism.

The NWS official said despite active weather in recent weeks, snowfall levels in the northern portion of the country are currently below normal benchmarks.

In theory, that would mean less run-off available to feed down to Louisiana when temperatures warm up.

“From a snowfall standpoint, we’re actually in pretty good shape,” Graschel said. “Last year, we actually had more snow packs starting off by this time of the year than we do this year, so that’s one encouraging sign.”

But even with levels below normal, Graschel warns Louisianans that there may be plenty of snow yet to fall.

The service coordination hydrologist said that the peak months for wintry mix are in late January, all the way through the beginning of March, adding that over activity in the peak could easily been the current underactive numbers.

“The lack of snow for right now is good news, but it’s really too early to predict if that trend will continue in the higher risk months,” Graschel said. “We will have to wait to see in the next few months if we do get more snowfall within those areas, which is certainly possible.

“But again, looking at this date today, compared to this date last year, we have a lot less snow than we did last year.”

Snow’s not the only culprit.

The NWS official said La Nina rains throughout the Ohio River Valley have been the reasons for the higher than normal levels the area has seen recently.

Graschel said that those above normal rainfall amounts are forecast to continue throughout the remainder of winter and the spring.

But how “above normal” the amounts get remain to be seen. Graschel said there’s no way to adequately predict in advance specific numbers in terms of rainfall amounts before they occur.

He added that in events like river crests, often times another factor is involved n luck n saying that a weather system straying 20 or 30 miles in any direction could make a huge impact on climate patterns.

“Because of that La Nina pattern, it’s probably safe to say that we can expect to continue to have above-normal stream flows on the lower part of the river,” Graschel said. “But until the rainfall actually occurs, it’s too early to say to what extent the levels will rise and if this would be a minor event, a moderate event or a major event, or whether we’ll have what we typically just have this time of year.

“Where exactly the rainfall will be will be absolutely key in the types of amounts we get,” Graschel said.

So with a few months to wait, both the corps and NWS say they’ll remain on their toes.

So far, there’s no imminent danger. Whether that stays the same remains to be seen.

As Graschel said, there’s no way to predict Mother Nature’s temper on a given year.

“Certainly if you look at the historical past, you don’t see events like we’ve had in this past year repeat themselves in the following year at the same types of levels,” Graschel optimistically said. “But unfortunately, we haven’t been measuring the river for but a hundred years or so, so in history, there may have been other times.

“We just don’t know yet. It’s too early to tell. But we’ll continue to watch it, as I’m sure everyone else will, as well.”

With less than expected snowfall occurring in the upper Midwestern United States this winter, officials with the National Weather Service contend that the threat of flooding on the Mississippi and Atchafalaya rivers is minimal for the spring. MIKE NIXON 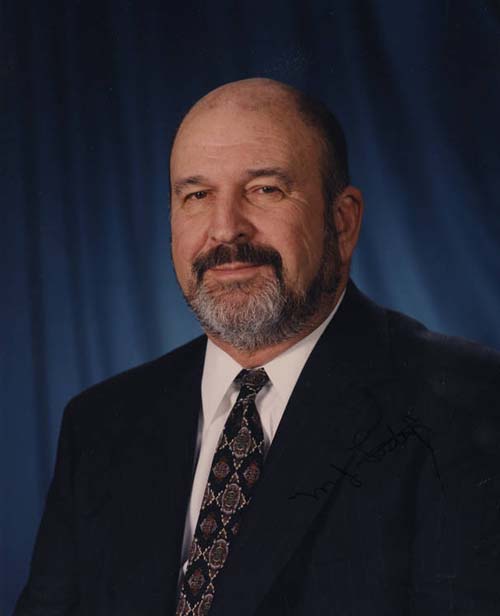