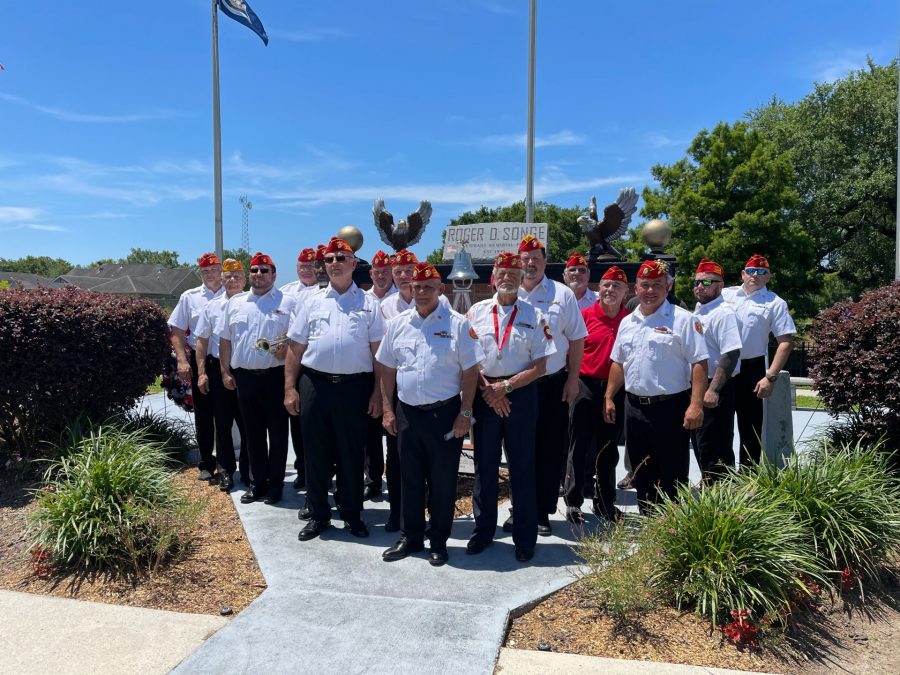 Memorial Day has departed and has branded a symbolism of continuing honor for the fallen and their sacrifice. The Houma Terrebonne Marine Corps League Det. 475 had their annual ceremony on May 31 to rebrand the day with solidarity and American spirit.

Families, veterans, and loved ones of soldiers strolled throughout the Veterans Park before the ceremony commenced to share in that solidarity and pay homage to heroes.

“They all served when they were called for duty. That’s what they wanted to do…do their duty for their country. Some are still around, and some gave the ultimate sacrifice. They died and didn’t have a chance to live their lives. I’m just out here to honor my fellow veterans. I am here to honor them this day and every day of my life,” Ralph Brunet said.

Brunet, Navy Veteran, walked gracefully under flowered trees to place a flag by bricks etched with the names of loved ones that have passed.

“They died there and a lot of them came back and died here, because of Agent Orange, chemicals or even the trauma they went through. I think everyone should honor them for the ultimate sacrifice and the ones now that are sacrificing and not only your soldiers, their families,” Brunet stated.

“They were all so young when they went. They were just a handful overnumbered by the Vietcong and did what they had to do and go willingly,” Crosby stated.

Odum served as a Marine in Vietnam and fought at the Battle of Hue. During the battle, he performed a heroic act. Sergeant Odum ‘never left a man behind.’

The ceremony mounted with deeds of sobering tribute that cascaded throughout the park, over the Purple Heart Bridge, and floated upon spangled waters.

At high noon, the bell tolled and sang of loss. The somber melody noted beneath blue skies.

“This is the only dedication he’ll give them because he won’t go to the wall. I went for him, but he won’t do it. So, this is his way to honor them,” Christina Carlino said.

Eugene Pete (Vietnam Veteran), father of Carlino (Captain of the Guard) and Diane Waalk, chimed a commemorative measure once again in honor of his three military friends.

“We know this means a lot to him and in return, it means a lot to us. It did take a long time for him to share that with us. It’s been a real honor and blessing to stand by him during these moments. I’m the lucky one that he came back,” Waalk said.

Waalk and Carlino are involved in the Marine Corps League Auxiliary and feel blessed to be in formation with their dad’s benevolent heart.

“This is a part of who my dad is, and it took a very long time to share that with us, so now, to be a part of the Marine Corps League Auxiliary with him is an honor and a blessing, because his three friends were never able to have that,” Waalk said.

The Houma Terrebonne Marine Corps League hearts rhythmically marched in unison as they honored the valiant who gave their lives for liberty. They lighted like eagles on Veterans Park, shadowing the sacred land with retained reverence.

As the sun illuminated the trumpet that exhaled Taps and guns shot with piercing piety, observers, members, veterans, and families collected thoughts on the true meaning of Memorial Day. 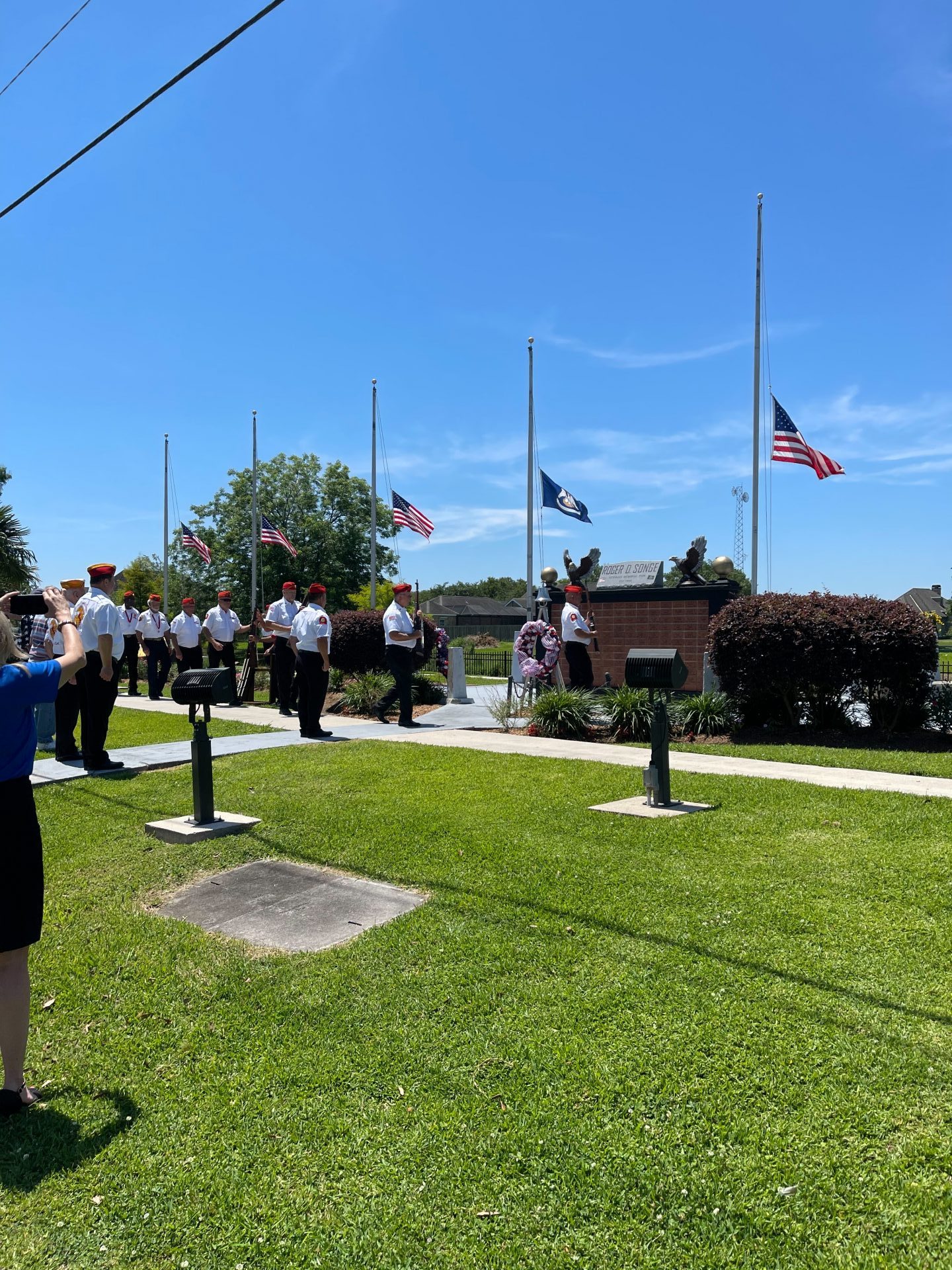 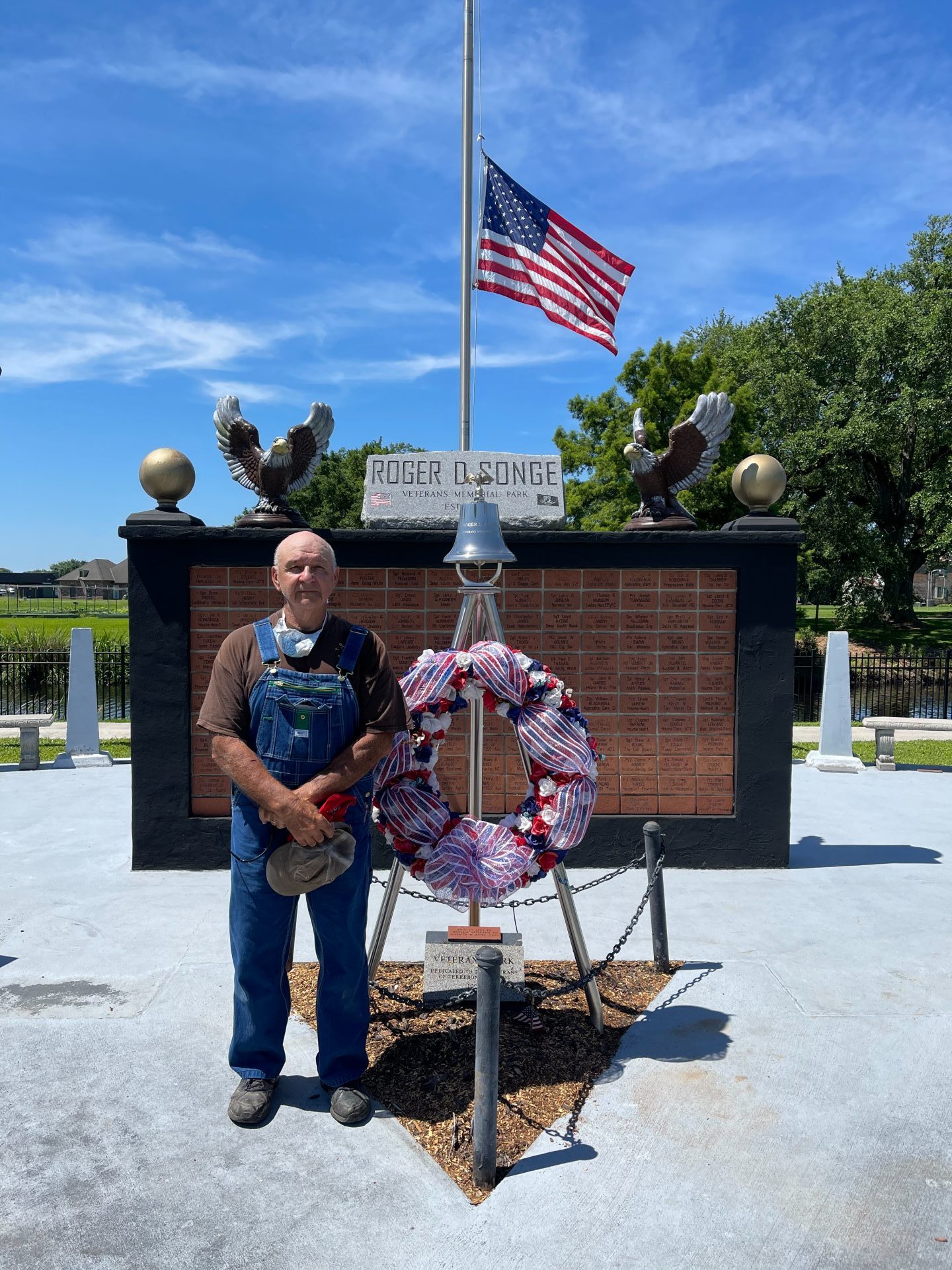 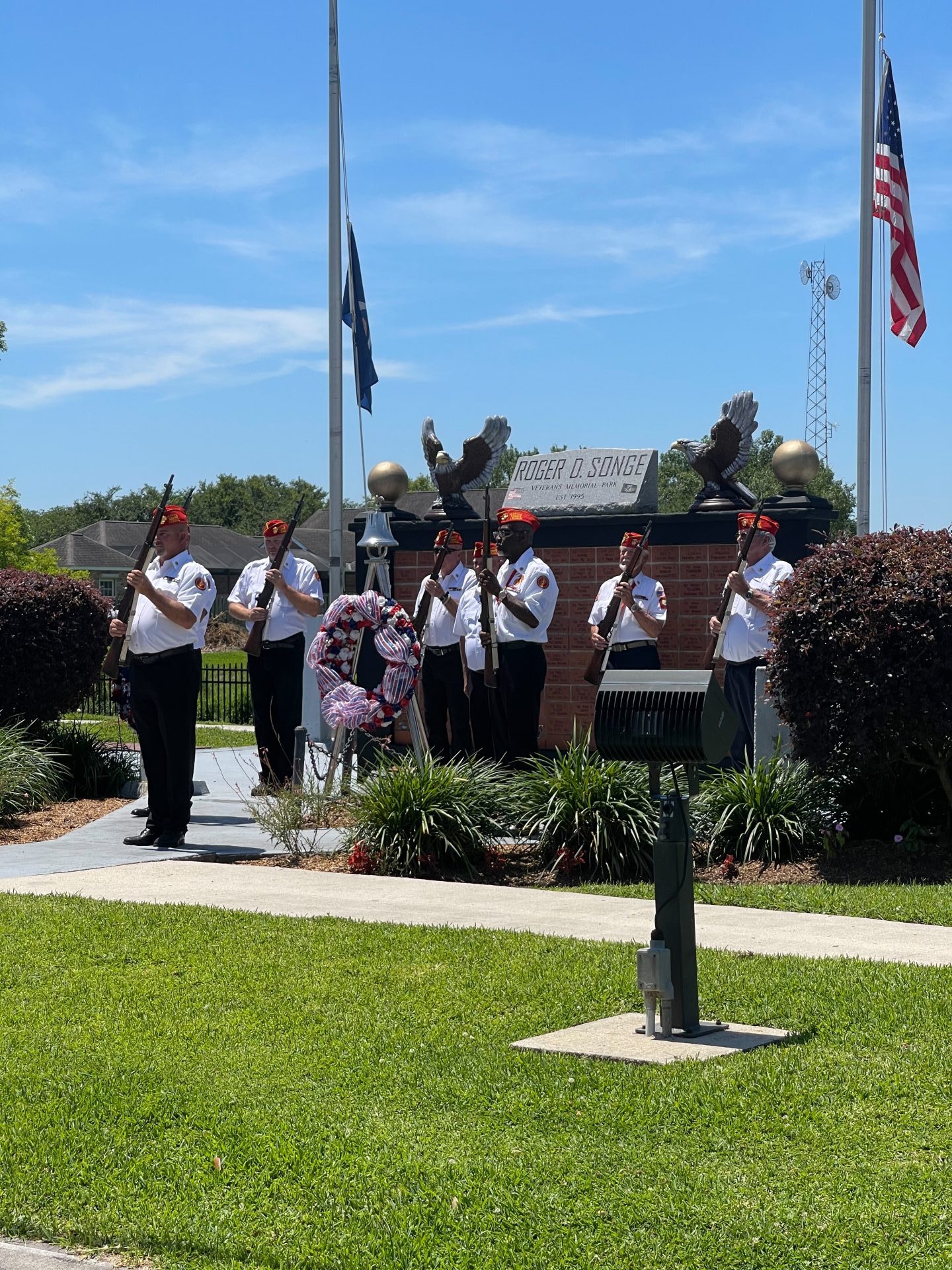 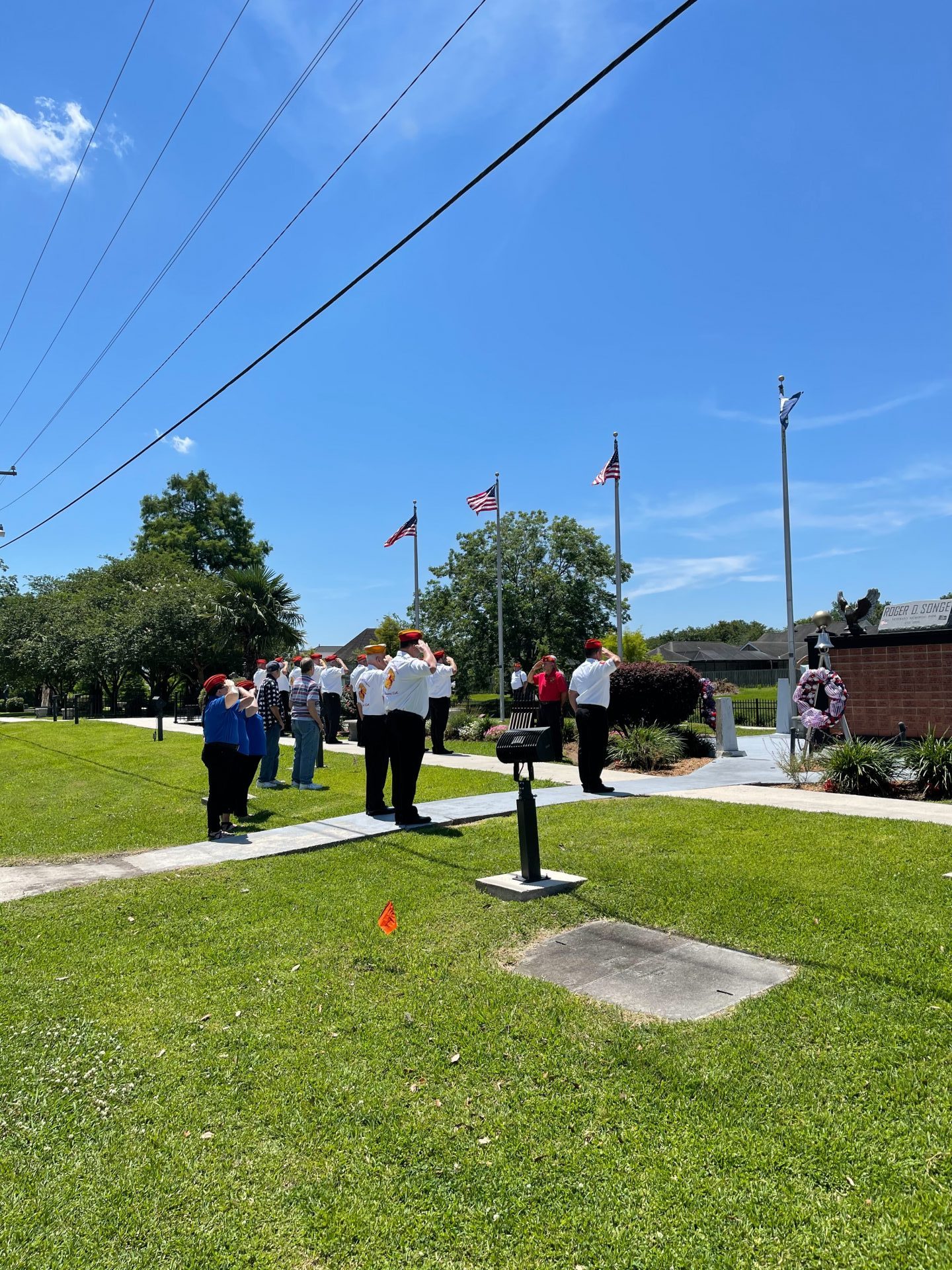 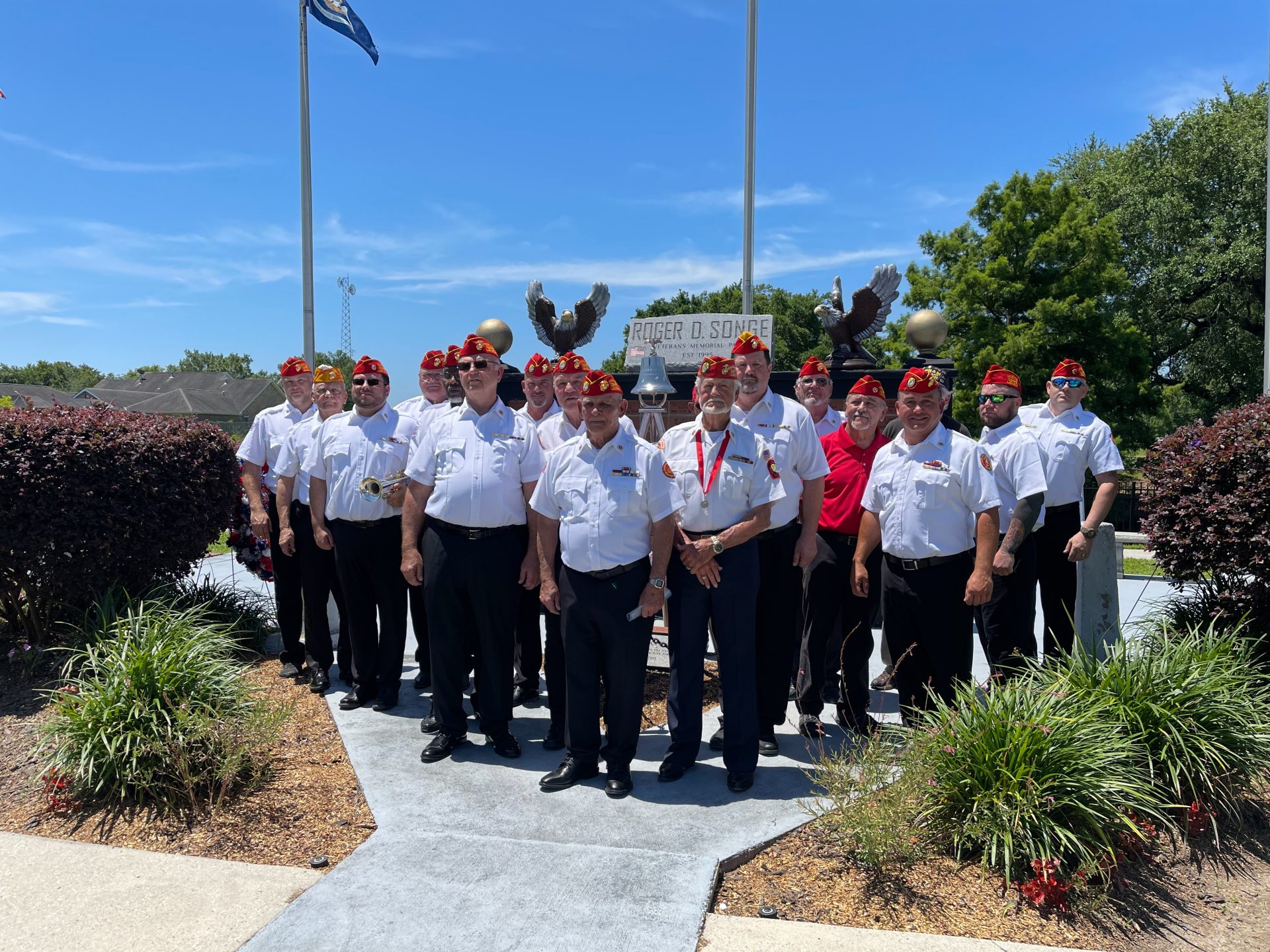 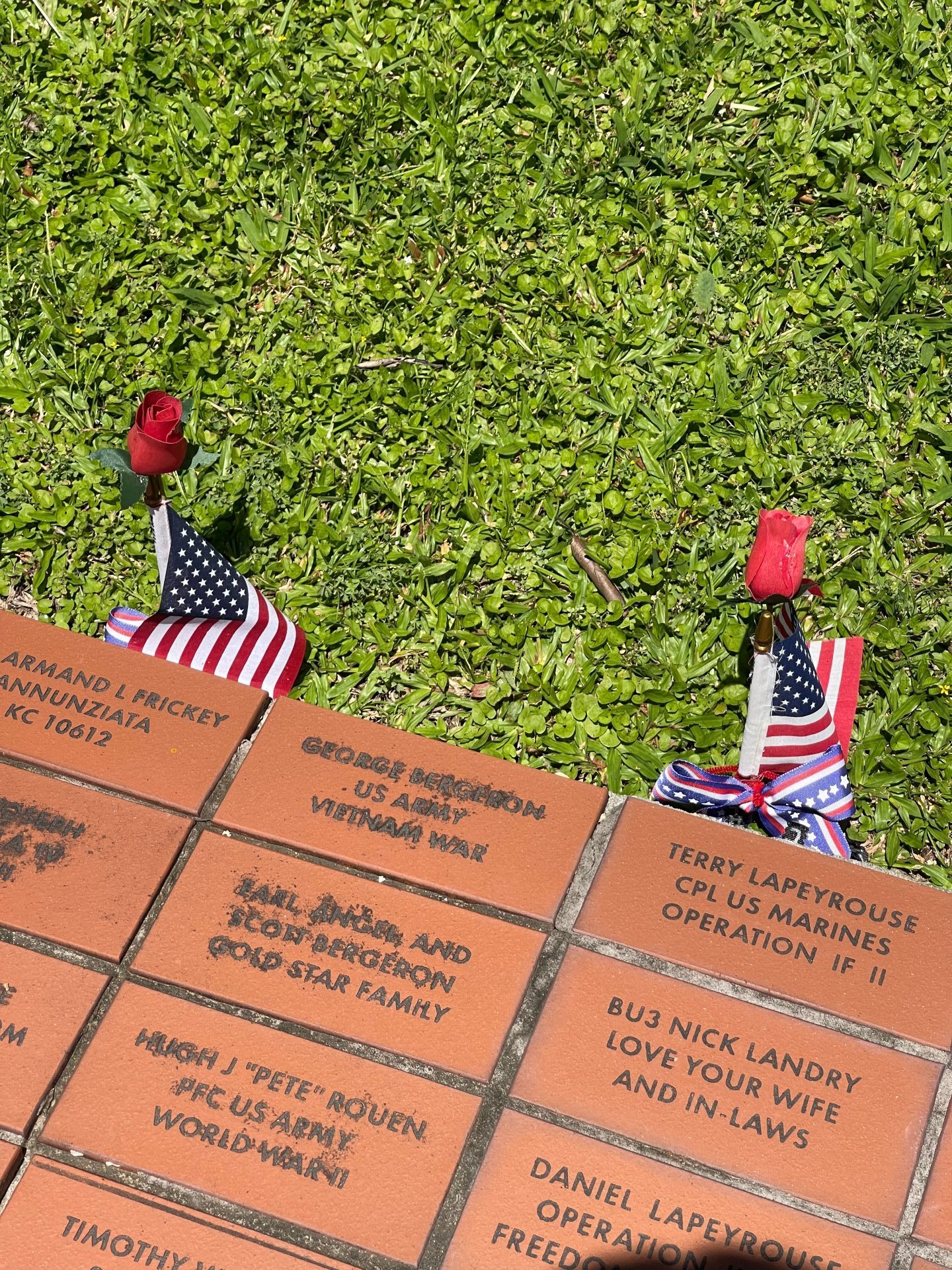 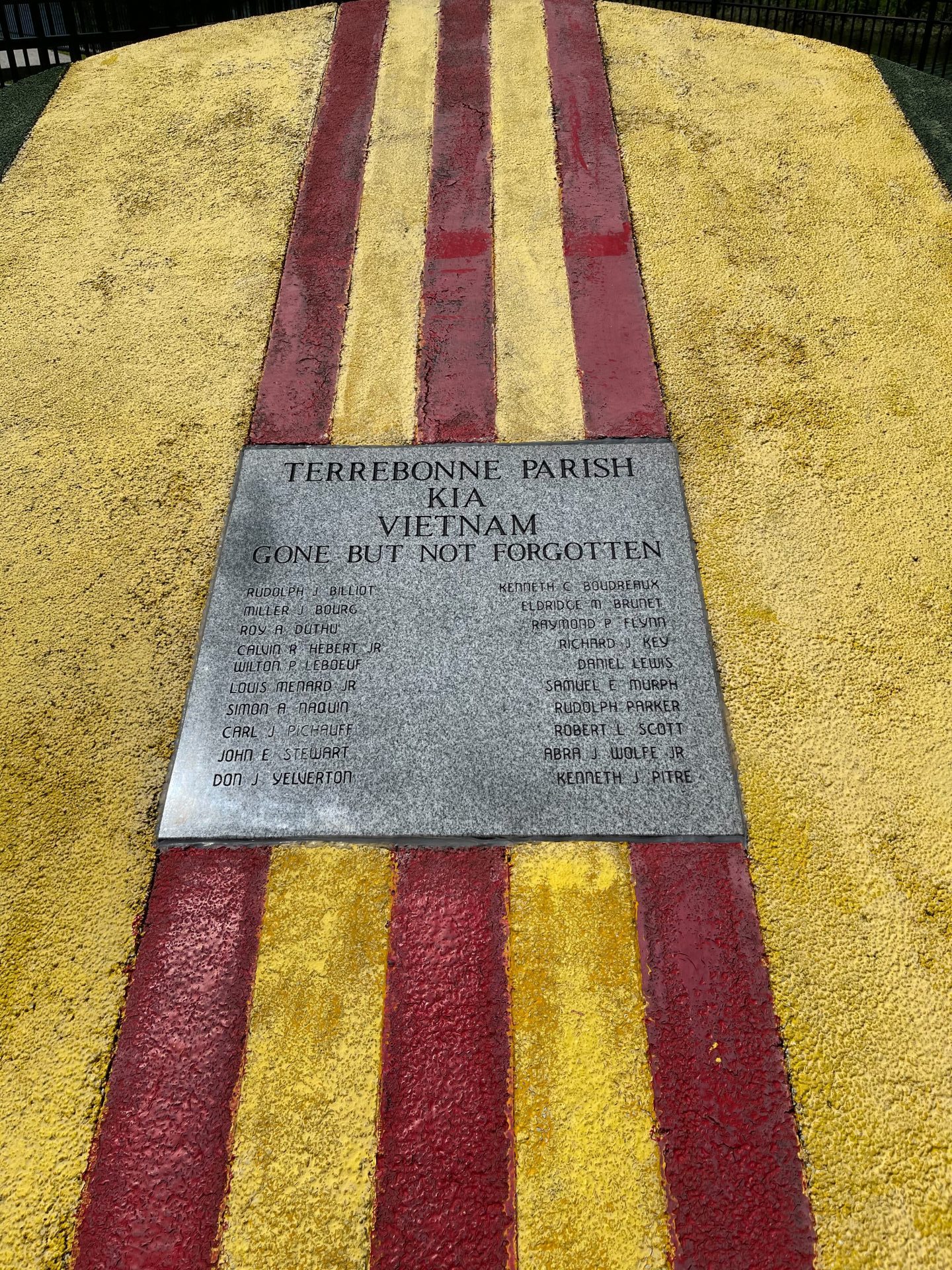 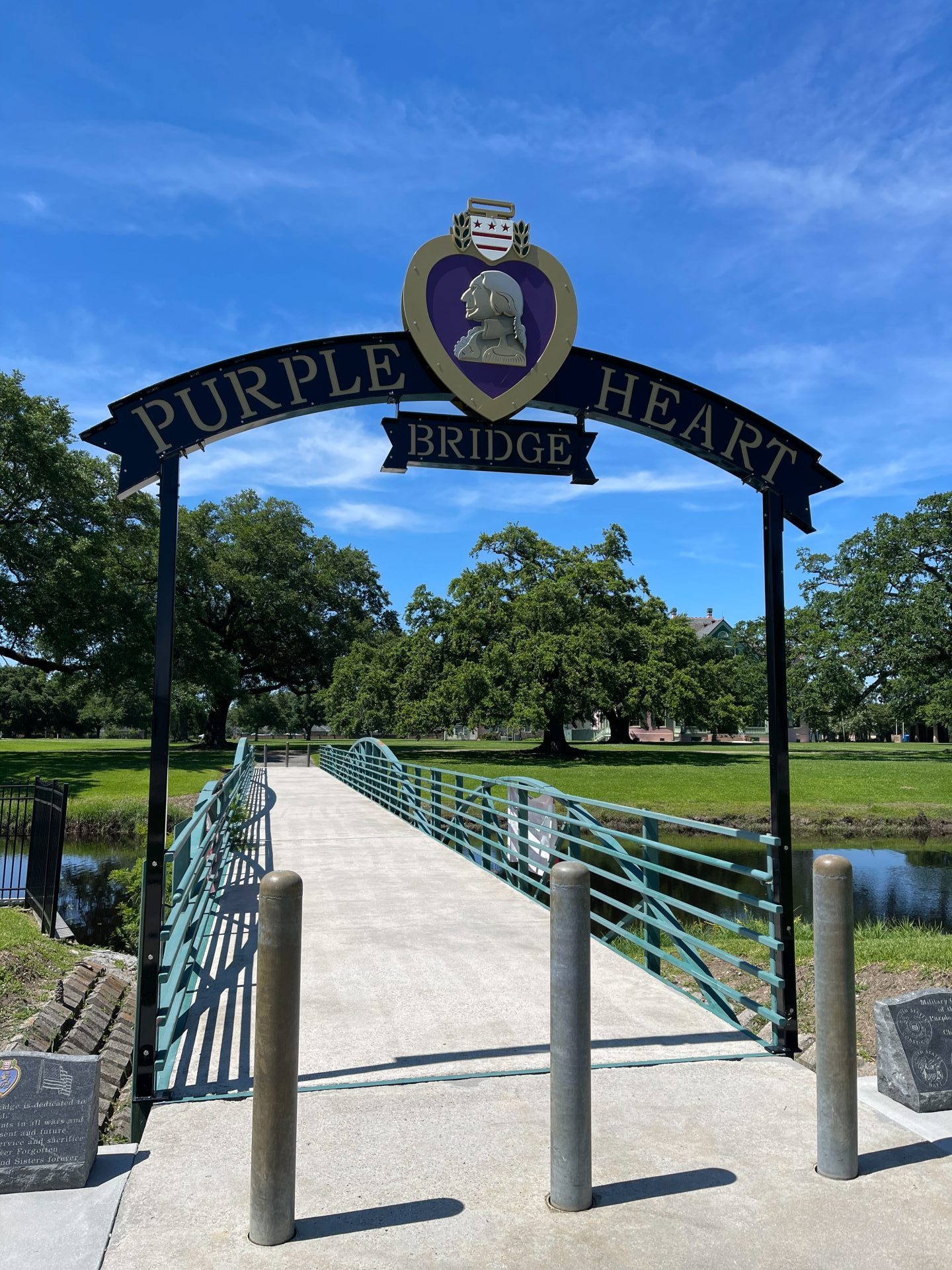 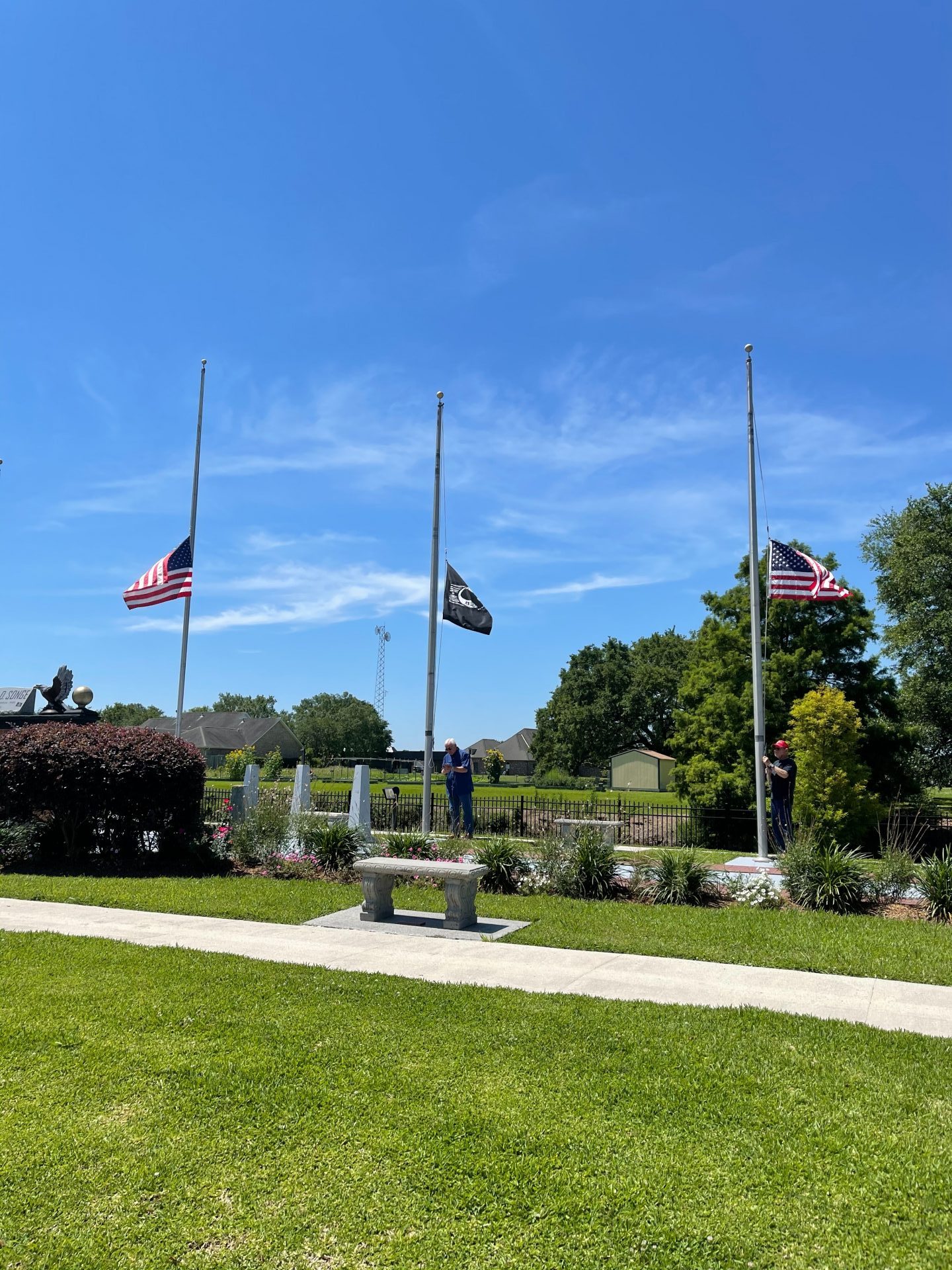