USCG: “No response heard from knocking on the hull” 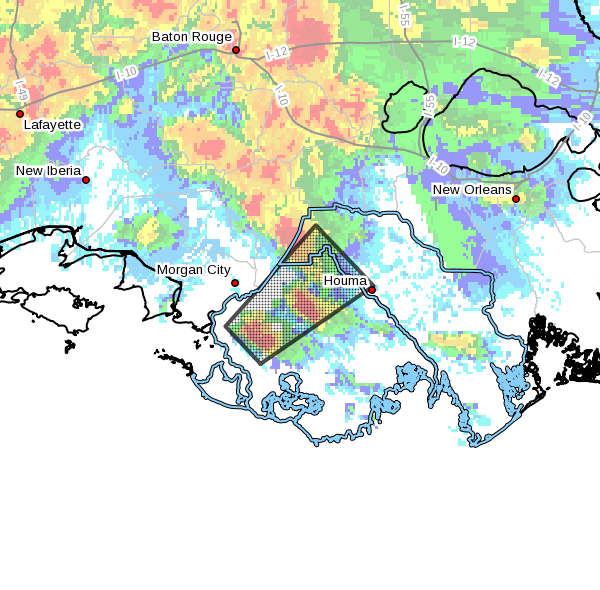 Gov. John Bel Edwards has issued a state of emergency due to the ongoing severe weather impacting Louisiana this week. According to the National Weather Service, there is the potential for flash flooding through Friday across much of south Louisiana. Wind gusts in excess of 60 mph are possible along with the potential for large hail. Much of the state has already dealt with dangerous weather lines for the past several days.

A state of emergency is an administrative step that authorizes the use of state resources to aid in storm response efforts. Those efforts will be coordinated through the Governor’s Office of Homeland Security and Emergency Preparedness (GOHSEP). Initial requests have been received from parishes for items such as tarps and water pumps. GOHSEP stands ready to support the efforts of federal, state and local partners in the ongoing search and rescue operations in the Gulf of Mexico for the crew of a lift boat that capsized this week during an earlier round of severe weather.

“Our prayers are with the missing crew members and their families,” said Gov. Edwards. “We have dealt with round after round of severe weather the past several days and expect additional severe weather through the end of the week. GOHSEP has already started assisting our local partners with critical items to deal with this threat and those requests could potentially increase until this weather pattern ends. We continue to urge everyone to stay weather aware and have multiple ways to receive emergency alerts.”

Click here to view the state of emergency. GOHSEP also encourages everyone to avoid flooded roadways. Do not remove or drive around barricades. Visit www.511la.org for road updates during an emergency.

This afternoon, Terrebonne Parish President Gordon Dove also declared a state of emergency due to the imminent threat of flooding due to the 2021 spring storms and high waters.