More details from LDH, including age breakdown of reported deaths 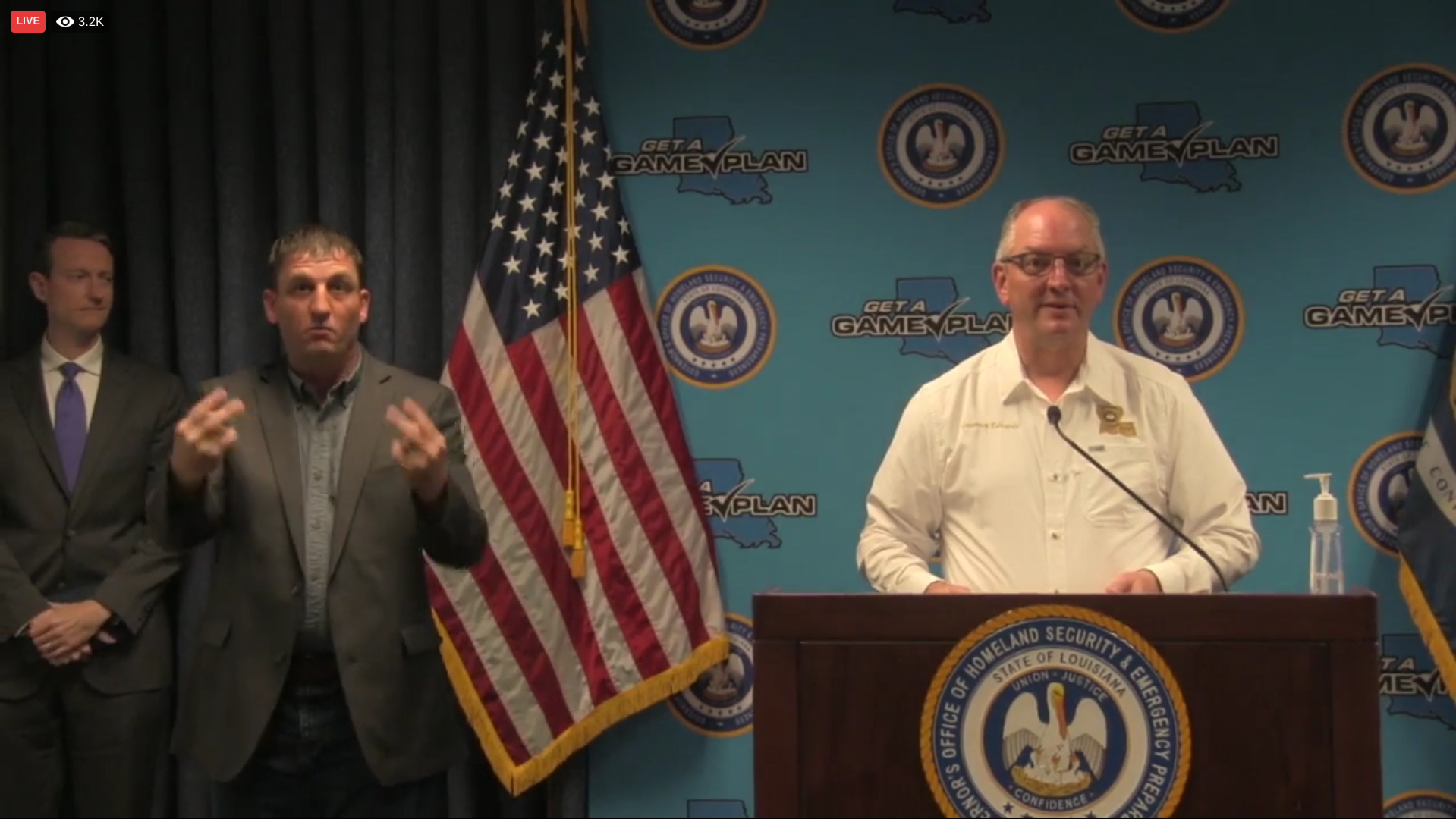 During his daily COVID-19 update this afternoon, Governor John Bel Edwards said the New Orleans area could run out of ventilators in the first week of April if the growth continues as it is.

“Our ventilator capacity is far from okay in Louisiana. The problem isn’t just that the cases are growing every day,” he said. “It is that they’re growing rapidly every day, and this alarming growth has a devastatingly fast impact on our resources and the ability to take care of people.”

Edwards did say the State is distributing 100 ventilators today to the Region 1 area, which includes Jefferson, Orleans, Plaquemines and St. Bernard parishes.

He also said the State might have access to an additional 100 ventilators tomorrow and possibly another 100  early next week. “But even if we allocate all 300 of those, we know just in Region 1, we’re still 600 ventilators short, and we haven’t even begun to get to the Baton Rouge area and the Shreveport area, and they are going to need additional ventilator capacity as well,” Edwards added.

The Governor did have some good news as well.

Edwards said he had been in contact with Apple CEO Tim Cook today. “And I want to thank him and the generosity of the people at Apple for making that possible,” the Governor continued.

Cook recently said Apple is donating a total of 10 million masks to the medical community in the United States.

Also during his briefing, Edwards said that although 48 of 64 parishes with a reported positive case, he said the virus is present in every, single parish across the state. “This virus has spread across the state of Louisiana,” he said. “This is real, and our state and everyone in it needs to take it very seriously.”

“It is of the utmost importance that we follow the mitigation measures that we have in place. These are measures that we know will work, but they will own the work to the degree that people comply with them,” Edwards continued. “And so I am urging all Louisianans, again, to make sure that you’re doing what we’ve asked of you.”