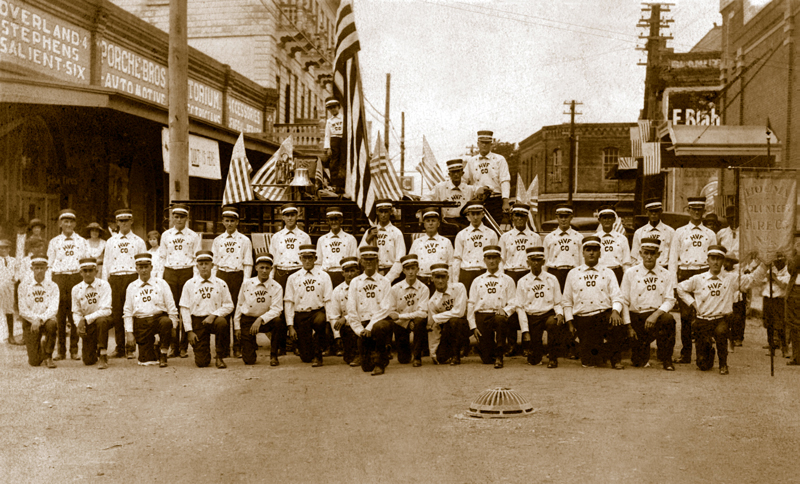 The Houma Fire Department has recently seen many achievements. Several employees of the fire department have grown in experience, accomplished certifications, and the department announced two new recruits.

Amongst the achievements are Operator Stephen Hebert passing the IFSAC/ProBoard Fire Investigator Certification at LSU-FETI. He has been working on the certification for approximately two months, the department said. They also announced that Captain Sheila Melancon, Operator Stephen Hebert, and Firefighter Hunter Halser were recently recognized as a crew at a Terrebonne Parish Council meeting. They were presented with a proclamation for the combined efforts in saving a life during a structure fire earlier this year.

The department has also announced two recruits that are currently attending the firefighting academy at LSU Fire and Emergency Training Institute in Baton Rouge. They are nearing the end of the training regime and will be graduating ‘very’ soon. They have been training with recruits from around the state and have worked on techniques such as vehicle stabilization, extrication, and rescue.

They have recently congratulated Operator Sean Fonseca and Firefighter Kevin Gibson on passing the Instructor I Certification. The department has also seen a recent retirement of Fire Chief Keith Ward. He was presented with a commendation at a Terrebonne Parish Consolidated Government council meeting and was recognized for his 25 years of service to the Houma Fire Department and the Terrebonne Parish Government. Captain Lanny Brunet is currently serving as Interim Fire Chief until the position is filled.

The Houma Fire Department has an extensive history dating back to the 1800s, originating with a bucket brigade. A line of volunteers would stretch from a water source to the scene of the fire and pass along buckets of water to help extinguish the fire. Houma Volunteer Fire Company No. 1 was formed, and the “Rooster Fire Station” was built in 1872. 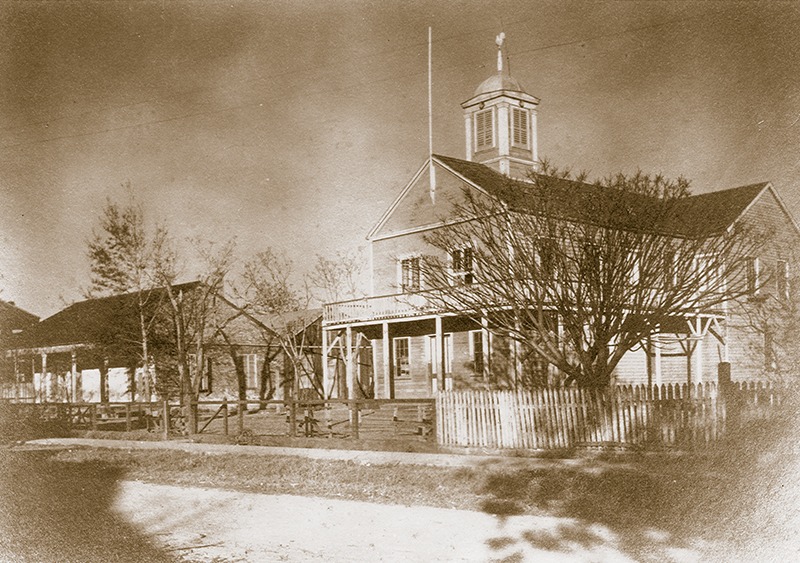 In 1888, Houma purchased a hand-pumper called the ‘Lula Ruthy Wright’ to help the volunteers. Houma’s Fire Company was established by then, and the city’s first fire station had been constructed. Firemen would gather hoses, the hand-pumper, take the equipment to the scene of the fire, and had to pump water onto the fire all by hand. Wells were dug every few blocks in the city as water access points. In the same year, the Houma Hook and Ladder Fire Company No.1, Houma’s second fire company, began construction on the original Hook and Ladder Hall, where the Courthouse Annex is now located in Downtown Houma. The “Rooster Fire Station” was moved from the bayou side to Church Street to become a school, and a new fire station was constructed.

A steam engine was the next method which was an upright steam boiler that allowed firemen to pump the water from the wells using steam. There was a series of major fires in the late 1800s that led to the revamping of building codes and led to the building of a pressurized water system to provide a reliable water source. 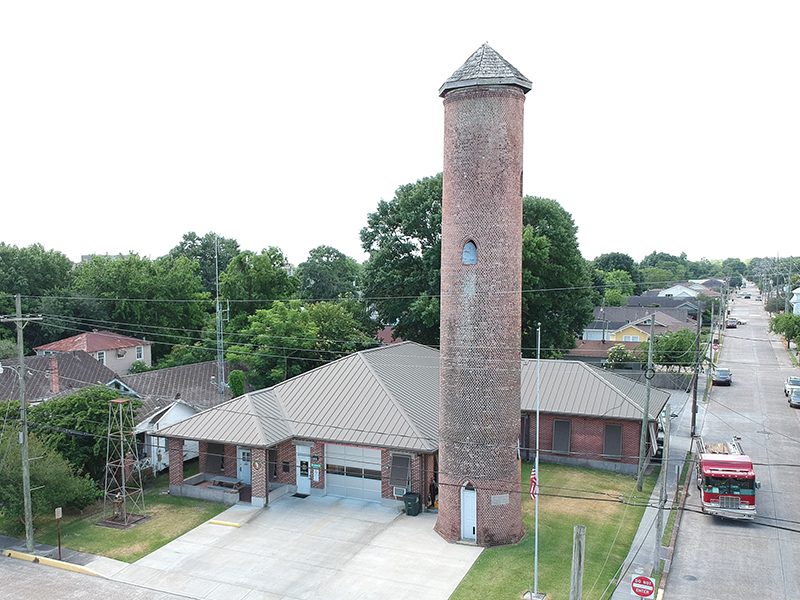 It was September 9, 1902 that a bid was awarded to build the city’s first pressurized water system. The tower at Wood and Roussel Streets is one of Houma’s oldest and most recognizable landmarks. The structure held 40,000 gallons of water and was designed to use a steam engine to pump water from Bayou Terrebonne through cast-iron pipes to the tank on top of the water tower. Hydrants were scattered throughout then-downtown so businesses and homes could have water piped onto their properties.

1916 was when Houma’s first motorized fire truck, the Effie Hellier, entered the picture. On January 6, 1920, the Houma Volunteer Fire Company No. 1 was reorganized, and a contract was executed to build a new fire station at the southeast corner of Roussel and Wood Streets in June of 1930. The Central Station remains beside the now-abandoned brick water tower, and one of the original fire bells remains atop a structure at the station.

The Houma Fire Department proudly served the Houma area that has a population of around 35,000 people. They have an ISO Class 2 rating by the Property Insurance Association of Louisiana (PIAL), which makes them one of the only 32 Class 2 departments out of the 605 fire departments in the state. The department offers tours and presentations.

Visit the website at www.houmafire.com for fire safety tips, public education, and more.