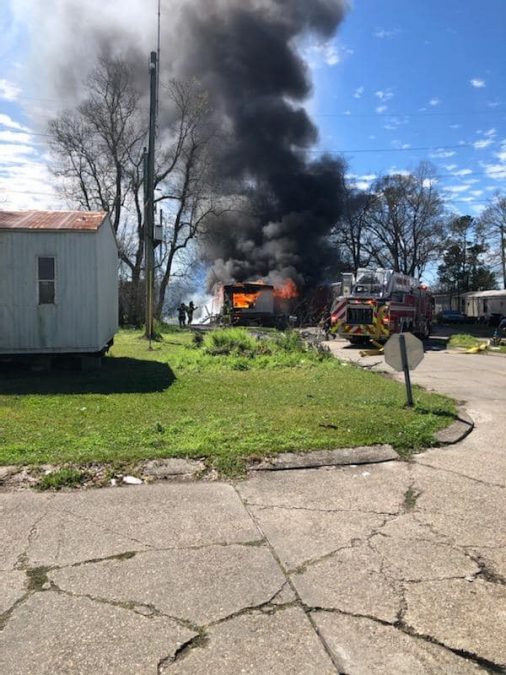 At approximately 11:21 a.m. on March 3, 2021, the Houma Fire Department responded to the 2600 block of Daniel Turner Trailer Ct. for a reported structure fire.

Ladder 3 arrived on-scene at 11:24 a.m. reporting a fully involved trailer fire with a second trailer exposed to heavy heat. The officer happened to be riding with a full crew of 5 men today, due to two new probationary firefighters doing training with his crew, at the station.

Two handlines were deployed immediately upon arrival, and one line was used for exposure protection while the other went to fire attack.

The fire was knocked down within minutes before the second due engine even arrived. Other on-duty personnel conducted overhaul and salvage on the involved structures.

The occupants were home at the time of the call, and no injuries were reported.