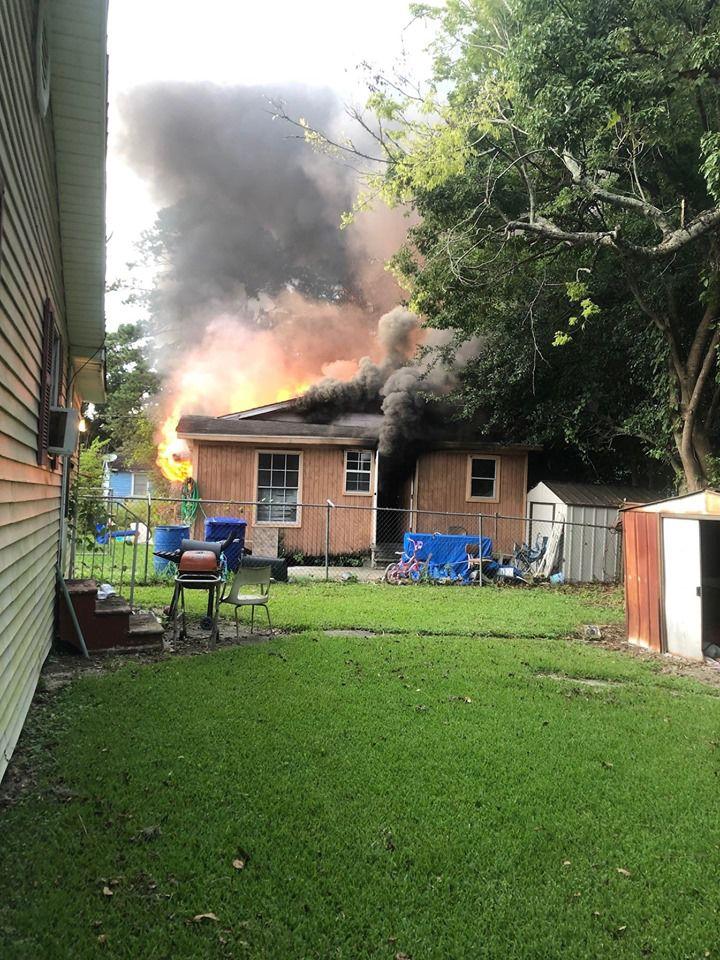 A house fire in Thibodaux severely damaged a home and caused minor damage to another structure in the area.

A dog, unfortunately, was killed in the blaze.

At 7:23 p.m. on Thursday night, the Thibodaux Volunteer Fire Department was called to the 1200 block of St. Charles Street for a structure fire after reports of visible smoke and flames in the area.

Two minutes later, the first-arriving fire personnel found a single-story wood-frame residence heavily involved with fire and thick black smoke, which had extended to the exterior of the residence and was threatening surrounding homes.

The home owner reported that all residents were out of the home and accounted for, but the family dog was still inside.

As firefighters battled the blaze, a second alarm was requested due to high temperatures the area was experiencing.

Fire crews worked from St. Charles Street and Sanders Street to contain the fire and protect the surrounding homes from the threat of the fire spreading to surrounding properties.

The home sustained major damage and an additional structure received minor damage as a result of the radiant heat from the primary structure fire.

There were no injuries to the residents of the home or to fire personnel who reported on the scene.

But the family dog was located in the home deceased following extinguishment of the fire.

The American Red Cross was requested to assist the family displaced by the incident and the cause of the fire is not yet known, but is not considered to be suspicious, according to preliminary investigations.

The scene was turned over to the property owners at 9:40 p.m.

See more photos from the scene by CLICKING HERE.