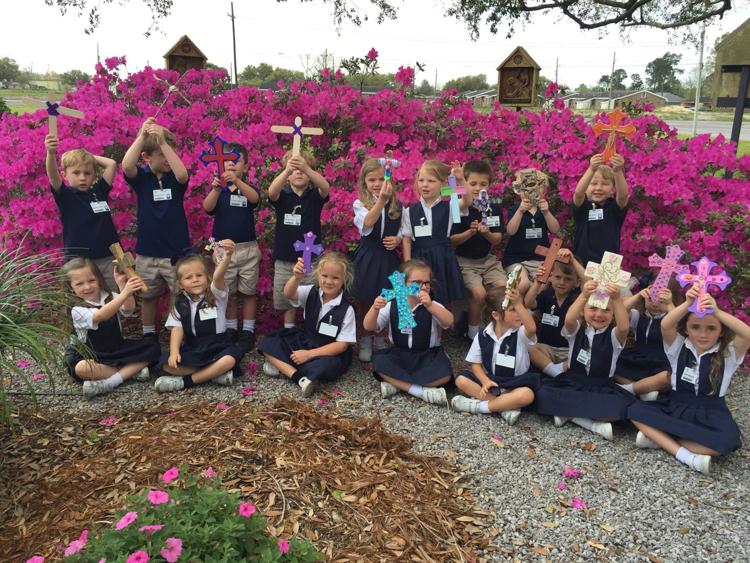 #iGiveCatholic raises $461,000+ for local Catholic ministries in the Diocese of Houma-Thibodaux

Locals made a loud statement this week – expressing their support for the Diocese of Houma-Thibodaux and the Catholic Church.

More than 1,600 donors donated $461,368 for our local community in a 24-hour online giving event labeled #GivingTuesday. The event was held on December 3.

The Diocese of Houma-Thibodaux stood tall, raising the second-highest figure for all Louisiana dioceses, ranking in the Top 10 nationally on the day, which generated more than $7.4 million total for 1,743 ministries around the country.

“I am deeply grateful for your faith and your sacrificial generosity during iGiveCatholic, which is a great inspiration for me,” says Bishop Shelton J. Fabre, speaking from Rome, where he later participated in a private audience with Pope Francis during his Ad Limina visit to the Vatican.

Within the diocese, monies were raised that will be put to amazing use toward progress in our area.

A total of $71,575 was raised for parking lot improvements at Maria Immacolata Catholic Church, which topped the list locally and a figure that was No. 12 in the country.

St. Bernadette Catholic Church and School teamed up to raise more than $30,000 for new air conditioners at their Fr. Patrick O’Brien Center. A total of 266 donors pitched into that effort, ranking fourth in the country.

“We are astounded and grateful for the outpouring of support of all of our church parishes, schools and ministries,” said Amy Ponson, executive director of the Catholic Foundation of South Louisiana. “Because of your support, our parishes and schools will be able to replace roofs, purchase new air conditioners, upgrade security cameras and so much more.”