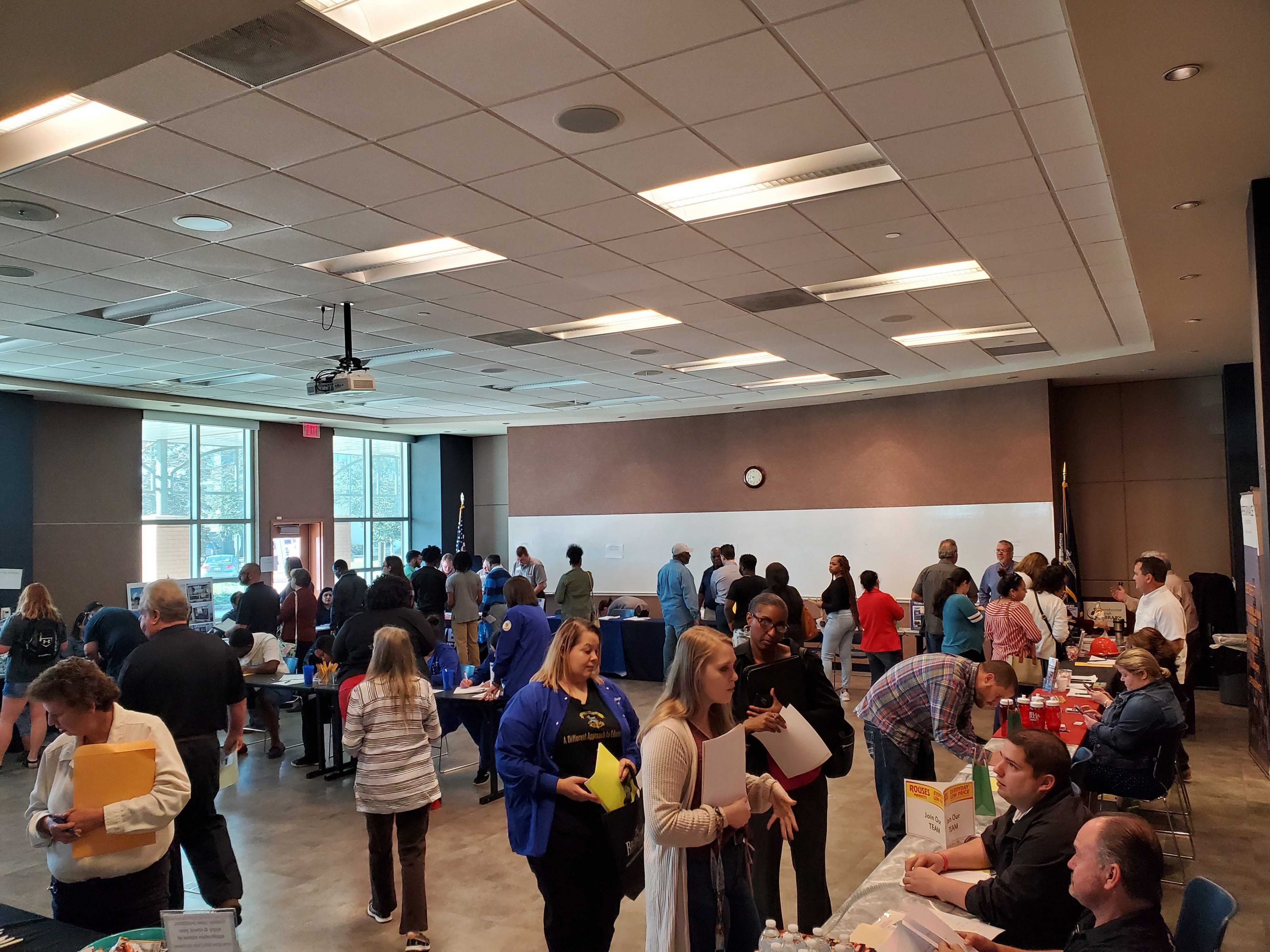 The first 40 minutes of a local job fair saw 580 people sign up to participate.

Thirty companies interviewed prospective job seekers at the Terrebonne Parish Public Library Main Branch, Monday, February 3rd, from 9 a.m. – 1 p.m. Of the 1,862 people who entered the library, 580 signed up for the fair within the first 40 minutes. The Louisiana Workforce Commission partnered with the Terrebonne Parish Library to host the job fair.

“My wife I was with for 13 years, she got sick and… I stayed months in the hospital with her – she passed,” said Bart Jarboe, who had worked offshore since 1978. “Now I want to go to work.”

Working in the oil field off and on since he was 18, Jarboe was laid off from his previous job when caring for his wife. He said he was hoping to stay in “fitting and welding,” and he was speaking with the offshore companies. Overall, Jarboe said, the event was “nice.”

“The economy is doing good, and they’re looking to hire somebody,” he said.

One of the companies in attendance was Pelican Waste and Debris. Seated at the table and awaiting applicants was Monica Camille. The table had spoken with at least 50 people and had 10 applications so far. Camille said the company had never attended this job fair previously but thought the turnout was great.

“We’ve never done this one, we’ve never done the Louisiana Workforce one,” Camille said. When asked if they’d come next time, “Yes, I think this was an excellent one, and it’s in Houma so that’s convenient for us. There’s not a lot in Houma.”

No one with the commission was authorized to speak with the Times, but Carlos Crockett, a Reference Librarian who headed organizing the event, said he was pleased with the turnout.

Crockett said that the commission worked in partnership with the library to promote the job fair program and solicit the companies that attended. According to Crockett, the commission assists those with, “barriers to employment such as disabilities or ex-offenders,” to overcome such issues.