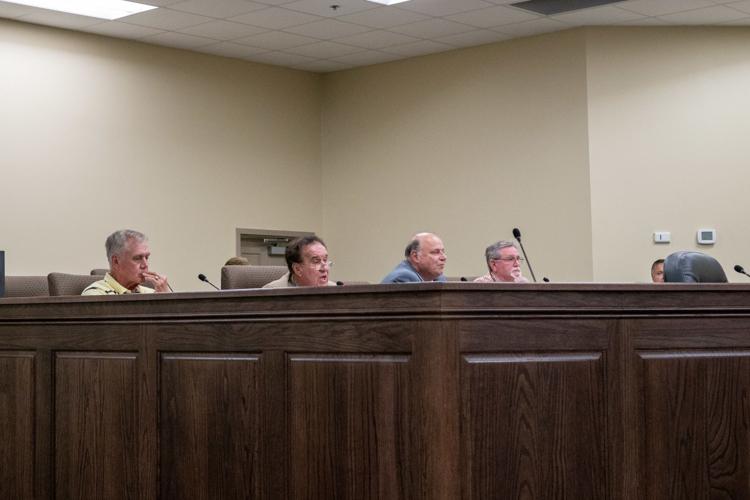 Tommy Lasseigne resigned from his position as Lafourche Parish’s Interim Administrator just before the Lafourche Parish Council (LPC) planned to enter a closed executive session to discuss the removal of Lasseigne during a council meeting last night at the Mathews Government Complex.

The resignation was effective at 4:59 p.m., just before the meeting was officially called to order at 5 p.m.

“It wasn’t a shock,” Councilman Corey Perrillioux told the Times. “It was a calculated move.”

Councilman Jerry Jones pulled the items regarding the removal of Lasseigne from yesterday’s agenda, following his resignation.

Lasseigne remained at the meeting after and was called into to question by Councilman Jerry LaFont as to why he was still answering questions to items on the agenda on the administration’s behalf.

Lafourche Parish President Jimmy Cantrelle told LaFont he could appoint anyone he wants to answer questions. “I don’t need you to tell me how to do my job…,” he said.

The council removed Lasseigne from the parish administrator role in August 2018, following a 7-2 vote. Cantrelle appointed him, however, as interim administrator on July 9 of this year.

Soon after, the council started discussions regarding the removal of Lasseigne, which would have been held to a formal vote at last evening’s meeting in lieu of his resignation.

Perrillioux, who shared he wasn’t positive on how he would vote prior to the executive session, said that other council members were possibly concerned with Lasseigne’s recently appointed interim position because had been fired from the full-time position a year ago by the council.

This isn’t the first time Lasseigne resigned from a Lafourche Government job. He stepped down as internal auditor in 2015 and human resources and finance director in 2016.

The parish administrator seat has yet to be filled at press time, and its application can be found at http://www.lafourchegov.org. The open application’s deadline is Aug. 30.