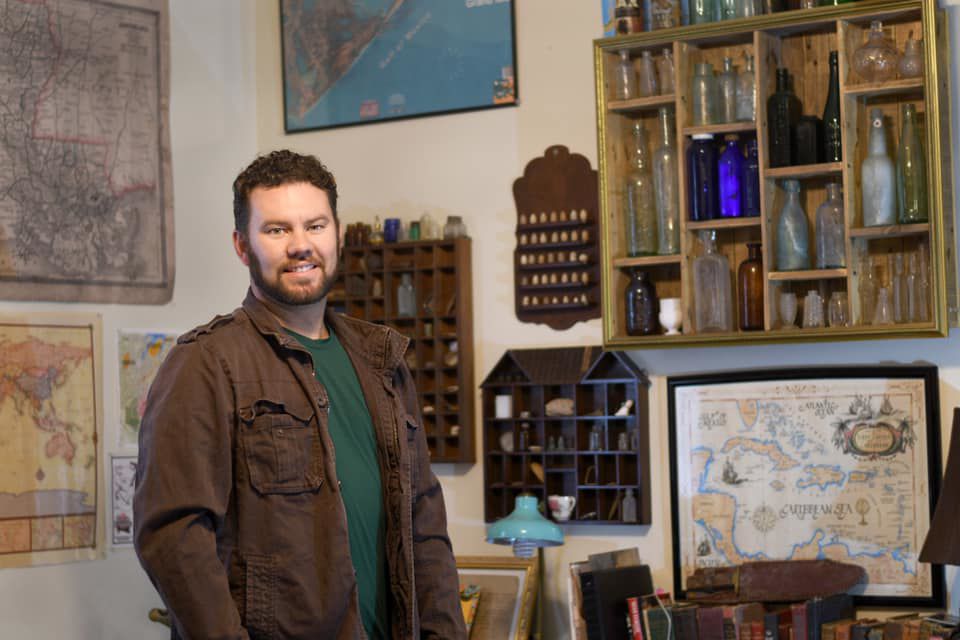 Local treasure hunter digs up pieces of our area’s history

With a metal detector in his hands, Galliano native Andre Brunet has a powerful gift — the ability to go back in time.

When the machine beeps, he can sometimes uplift literal pieces of history — taking us back to times when battles were fought, memories were made and the history of our community was shaped.

Brunet is a local treasure hunter — a passion he’s had since he was 10-years-old.

With his metal detector, he’s found jewelry, bullets, Civil War weapons and literal pieces of our area’s history — a hobby he said has been most fulfilling for he and those around him.

“It’s surreal,” Brunet said. “You stand on dirt where battles have been fought and you find old bullets that are mashed up, which means they hit their mark. These are real-to-life pieces of our history. And they’re right here buried in the dirt below our feet. It’s just amazing.”

For Brunet, this treasure hunting hobby is more like a passion.

He said his father was a coin collector and his mother was an antique dealer, which meant that a lot of his childhood was spent at antique shops and thrift stores around the area.

At 10, his parents gifted him a metal detector, and the gift sparked a flame that still burns.

Brunet said the first thing he found was mostly worthless — well, worth 1 cent, to be exact.

But the feeling of digging something out of the ground was “indescribable.”

“The first coin I found was a penny,” Brunet said. “When I pulled it out of the ground, it was the greatest feeling I’ve ever experienced in my life. I just knew that I wanted to do something like this as long as I could.”

As Brunet has gotten older, he’s learned some tricks of the trade from others who do the hobby in the area. He said one of the tricks to treasure hunting is studying local maps to determine where old plantations or settlements used to be.

Those areas are often the most fertile with treasure.

In the past two decades, Brunet has dug up Civil War weapons, bullets, jewelry and even Spanish doubloons from the 1700s.

“I choked up,” Brunet said when asked what it was like to find a piece of history from the 1700s. “It was an overwhelming feeling.”

A lot of those treasures, Brunet shares on his personal Facebook page. But some, he doesn’t, including what he believes were bone fragments and teeth from human remains of Civil War soldiers.

“It could be animal bones, but we’re 90-95 percent sure it was human remains,” Brunet said. “Based on where we were, and what we were finding at the time — like buttons and bullets and everything else, we believe the bones belonged to humans.”

As Brunet’s hobby has grown, he’s developed an audience on social media. He said he’s filmed for The History Channel hours of footage that hasn’t yet been aired. He’s also working on other projects in the future.

Now, because of that audience, he said people call him when they find out that their family’s lands may have had historical significance or even if they have problems and need metal detection.

Brunet said he’s found “dozens” of pieces of jewelry by accident, but he’s also found wedding bands and other pieces because families called and were looking.

“People are always really grateful,” Brunet said. “I just love the stories. I’m like you guys. Your job is to tell stories, but that’s my passion in this, too. I love the stories that these pieces of history tell.”

One of those richest pieces of history Brunet has found came recently when he dug up a coin that was a notary stamp from James Bollinger, a former public notary in Lafourche Parish.

Brunet posted the artifact on Facebook and was contacted by the husband of Sue Bollinger Orgeron, who was the great-grandchild of James Bollinger.

The two parties got together and this past weekend, Brunet presented the coin back to the family — free of charge.

“They said they’d be honored to have it,” Brunet said. “All I told them was that I wanted to take a picture with them to tell the story. I was honored to be able to give that back to them — a piece of their family history.”