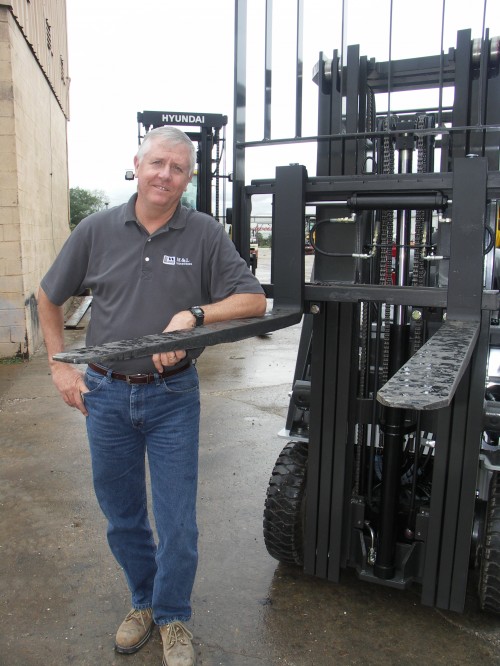 Clients of M&L Industries get a lift out of what this 59-year-old company has to offer. That’s the idea when you are in the forklift business because it is one of those operations that keep industries ranging from warehouses to shipyards working.

A full-service heavy equipment dealer, M&L partners with the most recognized manufacturers of forklifts, tractors, excavators and implements.

With quality products and services, M&L has won the most awards of any Nissan forklift dealership, consistently achieving gold status in the Service Excellence Program and awarded the Nissan Forklift Nine distinction of excellence.

“We were established in 1953 as a tractor business,” sales manager Jim Barrett said. The business initially opened on Barrow Street in downtown Houma, then moved to its present location on St. Charles Street in the early 1960s. The company began selling forklifts during the 1970s. It is now the oldest forklift dealer in Louisiana. From there M&L expanded to offer a full range of industrial vehicles from loaders and lifters, excavators and sweepers, all under a variety of brand names.

Since that time, M&L has been a leading supplier of equipment for warehousing, agriculture, construction, petroleum, heavy-industry, marine transportation, port facilities and the fishing industry.

In addition to the Houma location, M&L has stores in Baton Rouge, Broussard, Lafayette and Metairie.

From basic Ford and Kubota tractors to 50,000 pound oilfield forklifts, M&L has a wide inventory to meet the needs of a given job. In turn, product prices range from $100,000 to $450,000 for vehicles designed to stand up to the demands of a given job.

In addition to being a dealer, M&L has fully trained technicians operating service shops. It is also the only heavy equipment rental center in the region.

The first gasoline powered farm tractor was built in 1892, but it was not until well into the 20th century that technology developed and prices allowed rapid growth, consumer interest and product use.

The first forklift was introduced in 1917 and was little more than a modified tractor.

Ninety-plus years later, the heavy equipment industry has developed and expanded into offering products early inventory could not have foreseen.

By helping others get their jobs done, M&L Industries has set and delivered on standards that Barrett said make them a survivor of the competition. “We’re in the support business,” Barrett said. “Our customers know what to expect.”

M&L Industries Sales Manager Jim Barrett gets a lift out of his work and so do hundreds of clients that have depended on this heavy equipment dealership during the past 59 years.