9 apply to be Tarpons next coach 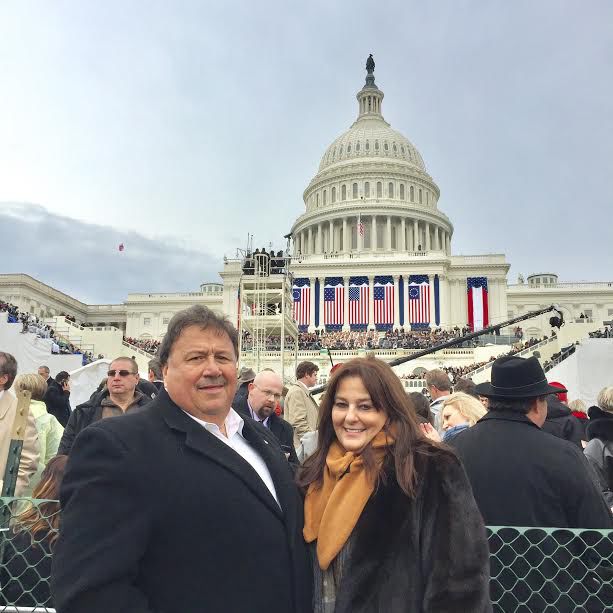 When Donald John Trump laid his hand on two bibles and promised “to preserve, protect and defend the Constitution of the United States” some Bayou Region people were sharing the air space.

And participation in the inauguration of the nation’s 45th president is something they won’t forget.

“We were right there when he took the oath of office, with that backdrop, looking at the Capitol and Chief Justice Roberts swearing him in to the most powerful position in the world,” Dove said. “I was thinking he will do us a good job, he is ready to go.”

Issues of policy concerning the new administration were much at the forefront of Dove’s thoughts. As chief executive of a parish whose economy has consistently slid in response to oilfield cutbacks, Dove says what he perceives as the direction Trump will take in that regard is of major importance.

The way the parish president sees it, regulations on the oil industry have been too strict during the previous administration, and so he welcomes the dawn of the Trump era.

Asked what his own experience as a chief executive in government – he has been parish president for a year now – has taught him that might be of use to a new national chief executive, Dove offered this.

“He has got a lot of department heads,” Dove said. “You have to listen to the people around you. I always like to sit and listen to everyone around me and hear their opinions whether I agree with them or not. I would say have those people around you who don’t jump hastily, and who research everything.”

Interviews with Bayou Region attendees left little doubt that the man rather than the office to which he ascended was the drawing card, no surprise given Louisiana’s overwhelming support of Trump on election day.

For some the excitement from the tempestuous campaign was still fresh. A few contributed to a colorful national sideshow relating to the nation’s transfer of power from one administration to another.

Colorful is an apt description for a special outfit that served as expression of national pride worn by Caleb Seitz, a Covenant Christian Academy senior, who traveled from Houma to Washington D.C. with his parents to witness the swearing in.

An American flag hoodie with matching glasses, a red-white-and blue bucket and a flag were the chief components of the ensemble. It was a visual natural for several television outlets including some from out of the country, and Caleb gave several interviews.

He didn’t get to vote in the election – he turned 18 a few days shy of being able to qualify – but his allegiance was to Trump as a candidate.

Caleb cheered with other attendees, from his spot behind the reflective pool where a giant video screen gave a far better view of the proceedings on the Capitol steps.

“It is cool to see because everybody who is important, governors, congressmen, former presidents, they are all there and it makes you think about the past inaugurations,” Caleb said. “You can feel connected to American history.”

On Jan. 19, the day before the inauguration, Caleb visited the Smithsonian museum with his family and looked hard at exhibits detailing past inaugurations of presidents.

He looked at photos and the crowds that were included, and realized that one day he might be pointing similar pictures out to children or grandchildren, and letting him know that he was part of the 2017 inauguration crowd.

Sarah Hubbell, an E.D. White Catholic High junior, was one of 63 students who made the trip to Washington as part of “Close Up”, an multi-school, international enrichment program. The trip was not specifically made because of the inauguration of Trump; rather, as part of a rotating schedule for schools visiting the nation’s capital, travel there in time for the inauguration happened to be the E.D. White students’ fortuitous lot.

During the trip they met with both Louisiana senators, John Kennedy and Bill Cassidy. It was Kennedy who acceded to a request from the students and made arrangements for tickets; Rep. Garrett Graves, with whom the students also visited, also helped obtain tickets.

“It was unbelievable,” Sarah said. “At first we were just kind of there in Washington. But when new got the tickets and attended the inauguration, if made me feel more like an American. We all loved the president’s speech, it was phenomenal. It was a part of history, and so I was a part of history. We are a part of history because we were there, and we made up the crowd.” •