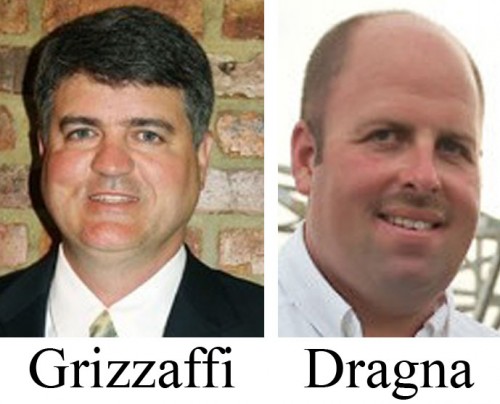 Grizzaffi jumped to an early lead Tuesday, which he maintained throughout the evening. With all 12 precincts reporting and early votes tallied, Grizzaffi netted 1,884 votes ¬– 35.47 percent.

The vote totals are unofficial.

Grizzaffi is owner of Grizzaffi Appliance & Furniture Company, which was started by his grandfather, who moved to Morgan City in the late 1800s.

The 46-year-old Morgan City native touted his desire to improve the city’s future, vowing to commit to the post full time, when he announced his candidacy for mayor.

When Dragna threw his hat into the mayoral ring, he said Morgan City needed “new leadership and a new direction.” He’s cited his experience in business working with regulatory agencies at the federal, state and parish level as an asset.

Grizzaffi nor Dragna have a political affiliation.

With slightly more than 66 percent of qualified voters casting ballots, the Louisiana Secretary of State’s Office reported that 5,312 people turned out for election.

The other candidates in the race and the vote tallies were: