Regional vaccination events to be held May 27 – June 5 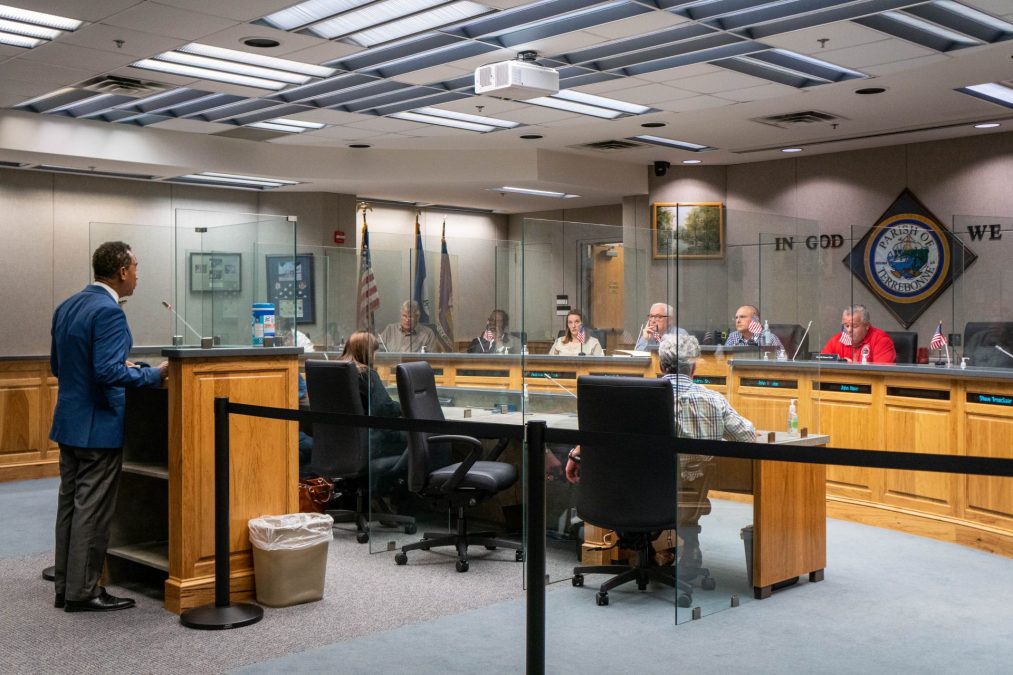 If the ordinance to passes, officials would write a proposition to go to constituents of said districts for a millage rate of 6.5 mills. (One mill equals $1 for every $1,000 of assessed property value.) If the property tax passes, the new millage will replace those voters’ current ones. The proposal has to be passed by a majority of each of the four rec districts for it to succeed, officials said, and if it fails in at least one of the districts, the council will abolish the new district.

Wayne Thibodeaux, a former member of the Rec 1 board, spoke out against the consolidation during yesterday’s meeting. According to Thibodeaux, the measure is “procedurally out of order” because not one of the aforementioned recreation districts proposed or passed a resolution requesting and supporting the council’s action to merge the districts.

He went on to reference annual audits going back the last few years to contend the rec district boards have been financially responsible.

Thibodeaux also aired concerns that resources and efforts would be shifted toward Rec 2-3 and said the super district would be structured in a way that leaves citizens of other communities with “little say and power to ensure that taxpayers and the district recreation facilities get their fair share.”

Because the voters of the four districts passed their current recreation millages, Thibodeaux made the case that constituents approve of the existing structure.

“The voters in the proposed consolidation district have said yes to the existing locally-controlled recreation district set up. So, I’m asking and urging council members to vote no tonight,” he said. “…The voters are satisfied, and there’s no public impetus and no public outcry from the taxpayers in Wards 1, 2/3, 8 and 9 for what your ordinance is proposing to do.”

The ordinance is set to be discussed and considered for adoption at the council meeting on June 9.