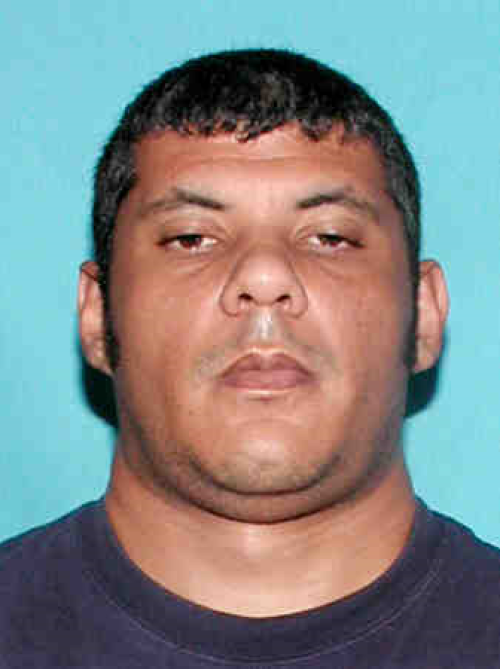 Attorneys for a Houma boat captain say they are attempting to lower the man’s bond following accusations of cruelty to his 10-year-old son, who was found wandering by deputies last week.

Meanwhile the state’s Department of Children and Family Services has launched its own investigation to determine what occurred.

A Terrebonne deputy were patrolling Grand Caillou Road not far from the parish jail when the boy was noticed on the highway.

“The child reported that he was attempting to walk home to his residence in east Houma near the tunnel,” said Assistant Chief of Detectives Dawn Foret.

When the deputy brought the child to that location, his grandmother explained that he did not live there, that he lives with his father and stepmother on Grand Caillou Road.

As deputies tried to find out more, the boy said his father has physically abused him. Deputies noticed what they said were fresh cigarette burns on the child’s hands and feet.

“Massive scarring on the child’s knees was noted from the child being forced to kneel in rice while holding several pounds of textbooks for long periods of time,” Foret said. “The child was taken to a local hospital where he was examined. Medical staff treated his injuries and also noted that the child was severely malnourished.”

DCFS took the child into custody as the investigation continued, and after interviewing the father, Nicholas Verdin, they took him into custody, charging him with a single count of cruelty to a juvenile. He is being held at the jail in lieu of a $500,000 bond.

For deputies, the child represented a walking heartbreak. Short on food supplies at their headquarters, officers scrounged up a can of Spaghetti-Os and microwaved it for the boy.

When they placed the food in front of him, they said, the boy asked if it was for him before eating.

DCFS personnel who picked him up the next day brought a whole bag of donuts with them and the child reportedly scoffed that up, too.

But family members say it is medication the boy is taking – rather than withholding of food – that has caused any nutrition problems.

At the family’s home on Grand Caillou Road, the boy’s stepmother, Tessie Verdin, said the night before his disappearance, the child was fed spaghetti and meat sauce along with his stepbrothers, who live with her mother in an nearby trailer.

“What is being said about Nicholas is not true,” said Tessie Verdin, who described her husband as a devoted father, who is nonetheless flummoxed by long-standing behavioral problems involving the boy.

The Tri-Parish Times is withholding his identity due to the sensitive nature of aspects of the case.

He has had concerns, relatives said, about attempts to have his older brother brought into the home. The older brother, who lives with the grandmother whom police brought the boy to when they first found him, has been accused of sexually abusing the child.

Tessie Verdin acknowledged that her husband placed padlocks on the refrigerator and freezer of their home and locked the boy in his room at night. But that, she said, only occurred after months of disappearances through the front door while the family was sleeping. The food being off-limits, she said, was due to the voracious appetite the child displayed, in her estimation due to medication.

Her husband, she said, never intentionally burned the boy, although he did acknowledge to police, according to her, that he had accidentally burned him.

Verdin has a history of domestic violence arrests although they ceased after he left his former wife, according to records he supplied the Coast Guard relative to his captain’s license.

“He is a hard-working man and a good father,” said Tessie Verdin.

The night the boy disappeared and ended up with deputies, she said, had been normal for her household.

“Nick put him to bed,” Tessie Verdin said. “I was in a recliner in the living room and then Nick went to bed, and there was no noise, there was nothing unusual.”

In the morning, she said, her husband was frantically searching the house for the boy, and the family discovered a screen in his bedroom had been torn at the window through which he exited. A search of the grounds surrounding the home and the bayouside was undertaken.

As the family searched, she said, deputies showed up. It was then that they were told the boy was found wandering the highway. Deputies had a search warrant and went through the house. She showed deputies documents indicating the boy’s psychiatric history and problems relating to his behavior in school, as well as prior issues with behavior that had led to police being called in the past.

“There are many cases where the resources available to families in these situations are minimal, and do not meet their needs, and when that happens there is a severe risk of parents ending up in trouble,” Billiot said.

Meanwhile, local child advocates said blame should not immediately focus on the child. Acting-out behavior, they said, can often be the sign of something wrong in the home that is not being addressed.

DCFS spokesman Trey Williams said that in cases such as this, where his agency takes control of a child, a thorough investigation is conducted.

“We go out and investigate those claims and if we see evidence that supports those claims we will make sure that child is in a safe environment,” Williams said. “That is our mission … Part of our job in conducting the investigation is to separate fantasy from fiction and we interview a wide range of people. Every case is unique and no case is alike. We look at all the possibilities.”