Nicholls football players do good deed to woman in need

Colonels embrace expectations, but know much work needs to be done 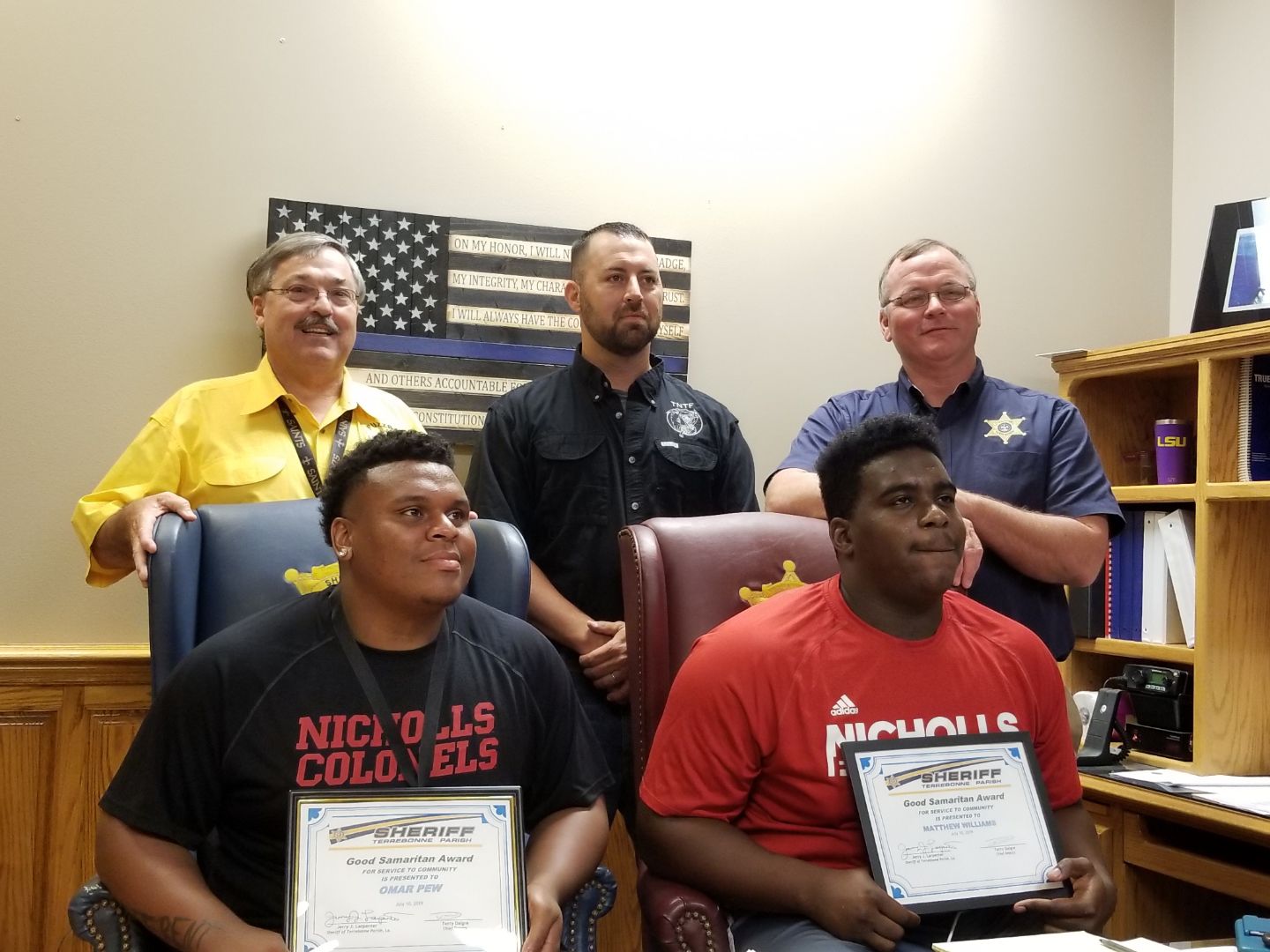 Working narcotics, it’s rare for an officer to see acts of unprompted generosity.

This is why last Wednesday, the Terrebonne Parish Sheriff’s Office recognized three young men with awards.

A month prior, the night of June 7, Narcotics Officer Travis Sanford was caught off guard by a random act of kindness. Three Nicholls athletes, out grabbing snacks, handed there leftover change to a down-on-her-luck woman at the Colonel Truck Stop.

“They just reacted,” said Sanford. “They just walked out saw her, didn’t even think about it, and handed her money.”

Col. Chief Deputy Terry Daigre stressed how rare such an action was as he presented Matthew Williams, Omar Pew, and Ja’mel Cooley with Good Samaratin Awards. Cooley could not make it, but Williams accepted it on his behalf.

“From a law enforcement perspective, and what we deal with on a daily basis, we just want you to know how much we appreciate good hearted people like yourselves,” he said.

These are new awards, the creation of which was spurred by this event. The department intends to give more in the future as deemed appropriate.

The woman said she was dropped off by family for a doctor’s appointment about 7 days prior and was seeking a ride to her daughter’s house in Morgan City, according to Sanford.He estimated her age to be in her 60’s, and her name has not been disclosed.

After asking him for a ride, she sat at a table by the door and Sanford arranged transportation for her with the department.

According to Williams, the three were up late playing video games, and had headed out to a gas station to grab snacks, “We were bored, so we just went out to get something to snack on.”

The woman had a garbage bag in hand which Pew said had led him to think she was an employee picking up trash. He politely told her she didn’t have to hold the door for them, and during a short exchange learned the bag contained her clothes.

While purchasing snacks Cooley took notice of her situation as well, “she was sitting at the front of the store, and I could tell she wasn’t on her feet,” said Cooley.

When asked why he gave her the money, he replied, “It’s just the type of person I am.”

According to Sanford, without hesitation the three handed her their change. Both Pew and the officer, during seperate accounts, said they saw the woman go inside and purchase a meal with the money. The total amount given to her was around $15, but none were sure of the exact amount.

When the three men were seated in their vehicle to leave, Sanford approached them and commended them on their actions.

“It is important to know that she never once asked them for anything and they conducted this act strictly out of their own high character and good will,” said Sanford in a report. “I was completely in awe at the kind gesture they displayed.”

Pew said he had no idea the officer was on scene and described the officer’s vehicle as “unmarked.”

When asked why he did it, he described it as the right thing to do.

“My high school coach always said – my mom and grandma’ too – It’s important to do the right thing even when nobody is looking,” said Pew. • 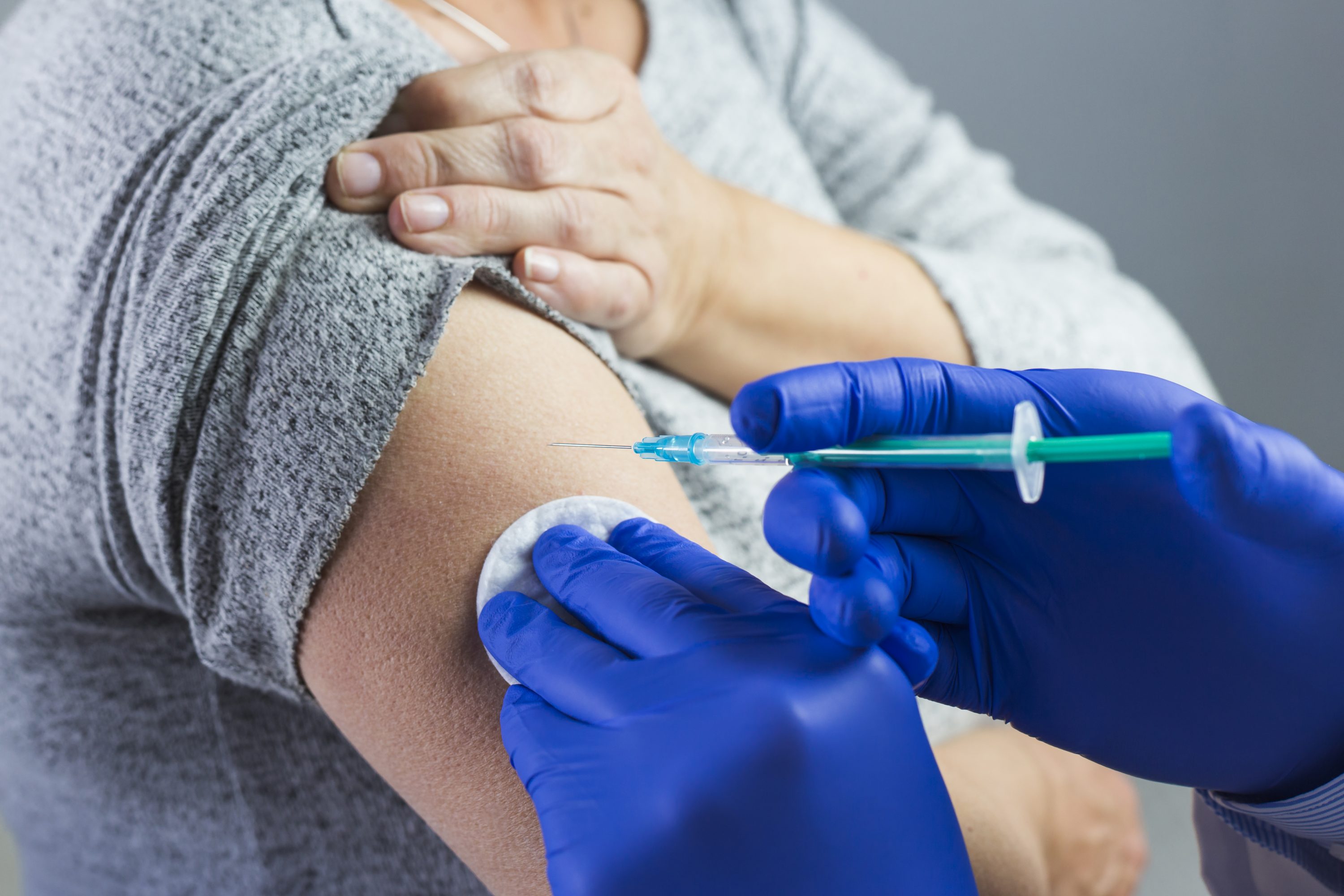