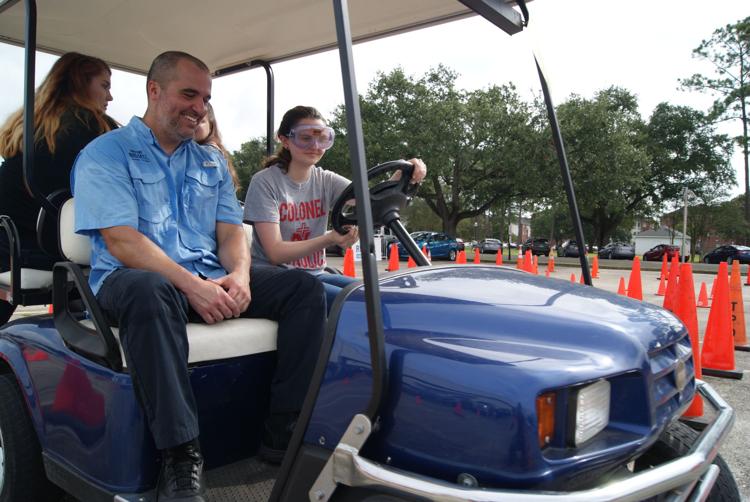 Nicholls students learn the dangers of drunken and impaired driving

A golf cart sped around a parking lot, navigating an obstacle course as the driver wore goggles which emulated drunk driving. The driver finished, to a cheering and laughing crowd of fellow students. He had done better than them, having hit only a few cones.

The cart took off at a faster than before. The first three cones quickly became casualties, but they were only the beginning.

Thursday’s obstacle course took place in the Ellender Library’s parking lot and along with the driving course were a couple of games. The event, titled Colonels Against Drunk Driving, was put on by Nicholls’ Student Educators and Leaders (SEALS) and the Lafourche Parish District Attorney’s Office. Like the driving portion, each involved the goggles. There was a pen drop challenge, a corn hole toss, and a cup stacking game.

Duffy’s vehicular cone slaughter came to an end as he returned to the starting point and he was met with heckling from the crowd. “Sir, step out of the vehicle,” one voice yelled.

“I saw cones everywhere. Like there were cones up here,” said Duffy motioning above his eyes. “I couldn’t even find the reverse switch.”

Students attempted these with varying degrees of failure as the goggles robbed them of hand eye coordination.

The goggles of lower ranging inebriation distorted depth perception, making it difficult to gauge distances. The goggles of the higher levels of intoxication had tiny circular magnifying lenses – similar to those in bifocals – in a scatter shot pattern. This created a kaleidoscopic effect which was layered atop the the depth distortion of the other goggles.

“Simple things like that are very impactful when you can perform it sober… ,” said David Melancon, PIO with Kristine Russell’s Lafourche Parish District Attorney’s Office. “Add the element of your depth perception off, your vision is blurred, all of a sudden these simple tasks that we are extremely confident in performing are suddenly hard to do.”

During the driving course, students had to navigate twists and turns between orange cones, and at one point park and reverse back out while inhibited by the goggles.

A volunteer rode alongside the student to ensure safety, but even with the volunteer, the goggles still managed to scare some drivers.

“It was fun but scary,” said Dianna Olivier, an Allied Health Junior, whose friends rode on the back and videoed the moment with their cell phones. “I thought I’d crash and hurt my friends.”

The authors of this experience were Melancon and Brittany Brandt, an Advisor for the Student Educators and Leaders. They put this together as a fun way , as Brandt said, “To bring awareness of what drinking and driving feels like.” The fun of the activities drew students in, while the experience itself would make them think twice about getting behind a wheel impaired.

Respect U, an umbrella program formed by Lafourche’s DA’s office, has a number of programs targeting different grade levels to develop self respect, self esteem, conflict resolution and more. While the programs begin as early as 3rd grade, Melancon explained that this was an effort targeting college students.

For the SEALS, the goal is much the same. While the target audience is more concentrated, the campus’ student body, Brandt said the SEALS educate the students about physical and mental health. She said they used the goggles previously in an educational game about the effects of alcohol, and would be doing an educational event at the end of October about vaping.

The event was a success and about 80 students took part in the driving experience, said Melancon. “The overall sentiment was eye opening,” he said. “We plan on doing this again next semester.” 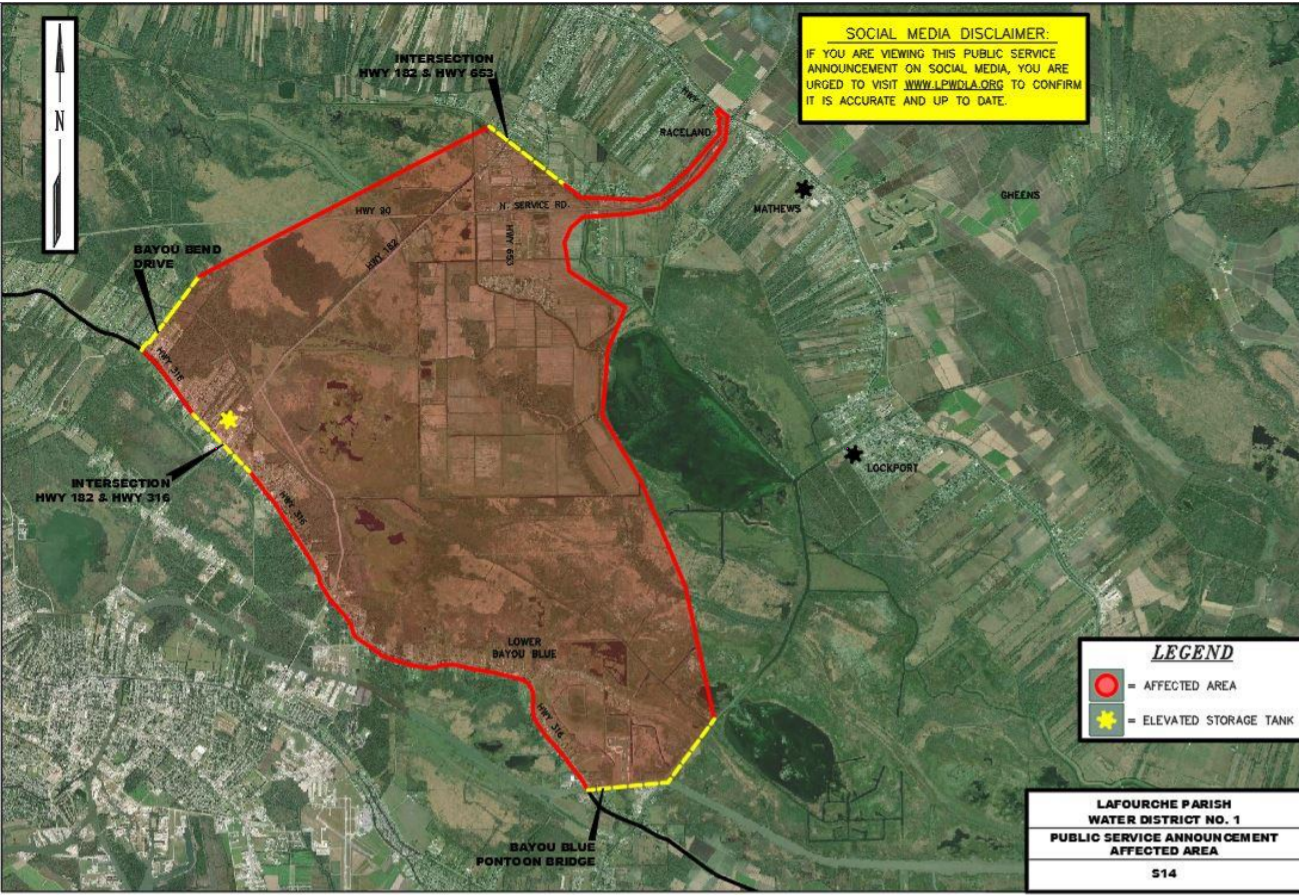