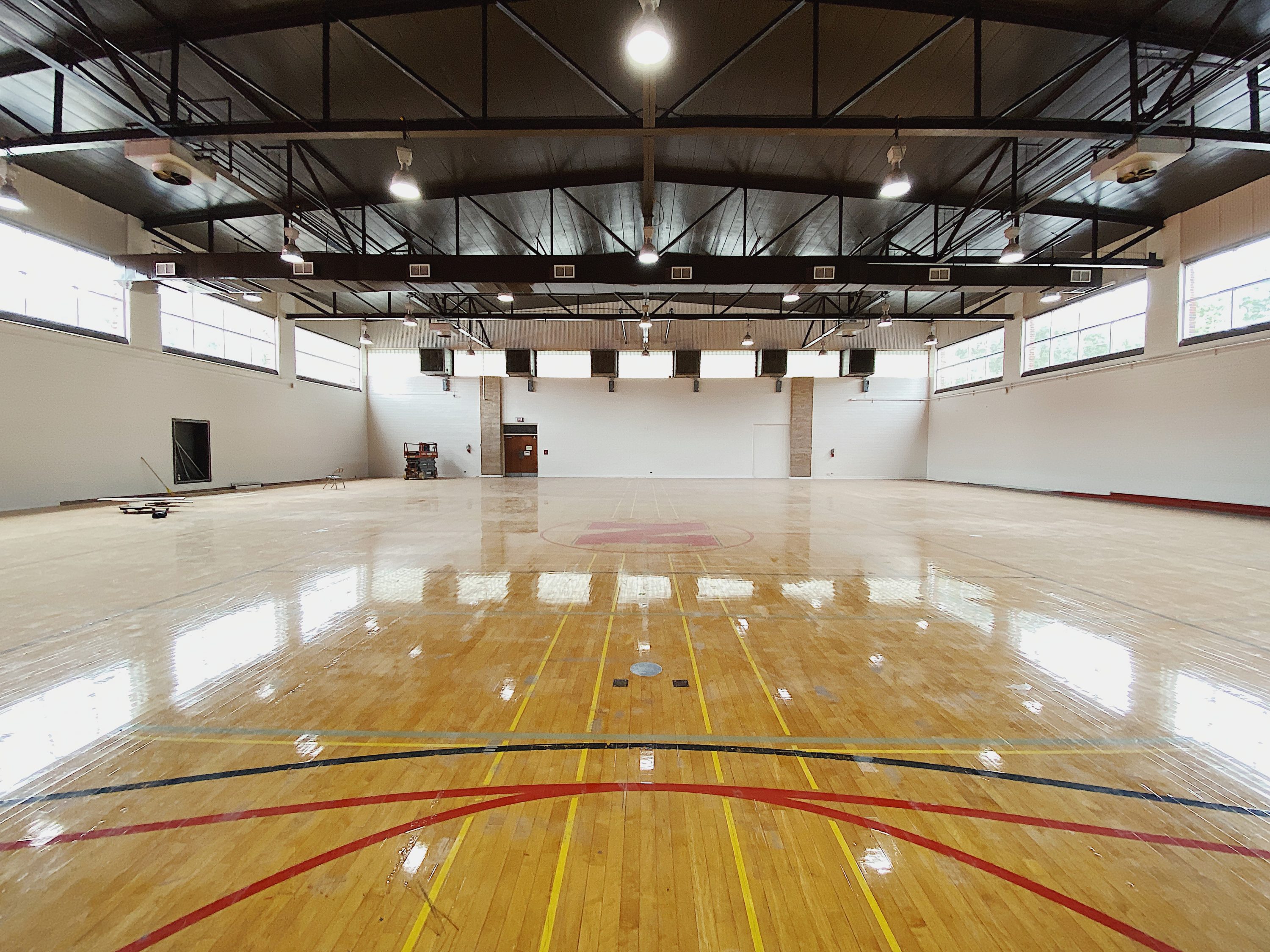 Processed with VSCO with av4 preset

As universities across the country search for innovative ways to provide socially-distant learning environments with the fall semester approaching, Nicholls State University turned to an unlikely space on campus to accommodate for larger class sizes in a safe manner.

Known to many for its formerly-dilapidated appearance and lack of an air conditioning system, Shaver Gym is currently in the final stages of a renovation project that will allow it to function as a classroom starting this semester.

“I certainly applaud Dr. [Jay] Clune’s innovation for identifying that space as a place we could use,” Nicholls Director of Communications Jerad David said. “When he said, ‘We’re going to put classes in Shaver Gym,’ my immediate reaction was, ‘Oh, God no,’ because that gym was awful. Of course, in typical Jay Clune fashion, he was like, ‘We’re going to make this happen.’”

The overhaul, which began around late May to early June, has transformed the gym into an “entirely new space,” David said.

Some updates include the addition of an air conditioning system, the installation of LED bulbs in all light fixtures, the cleaning and painting of ceilings that had mildewed, the refinishing of all flooring in the gym and the removal of old bleachers.

To prepare the space to operate as a classroom, David said network lines, projectors, electronic screens and sound equipment have also been added.

The gym is set to house 14 classes this semester.

David said there has also been discussion surrounding the use of partitions in the gym to divide the space into several smaller classrooms if necessary.

The main goal for now, though, is to accommodate larger classes.

“Your biology class could have 100 to 200 people in it. The gym now can become that biology class, socially-distanced,” David said. “When set up six feet apart, they’ll be able to put 180 new desks in that space, and they did purchase 180 new desks.”

In addition to the main gym renovations, hallways in the front portion of the building were renovated, including floor replacements, new paint and the addition of LED lighting.

The entire overhaul was funded through a combination of sources, David said, including donations and university funds.

The Shaver Gym renovation is the next in a line of extensive refurbishment projects undertaken by the university in recent years.

In 2018, Nicholls began working on a redevelopment of the campus greenhouse, which has been out of use since 2014.

Last year, the university announced a $6.5 million expansion to Barker Hall that will see the addition of a football operations center to the south end zone of John L. Guidry Stadium.

Most recently, Nicholls announced a renovation of Babington Hall dorms, which have not been in use as dorms since 2015, in order to create more housing space for students ahead of the upcoming semester.

David said there were not previously concrete plans to renovate Shaver Gym, though discussions had circulated under former Director of Athletics Matt Roan about refurbishing the space to turn it into the volleyball program’s facility.

“I think this was born out of COVID-19,” David said. “COVID-19 happens, and overnight we’re getting Shaver Gym fixed. I don’t think that was in the overall plan, for a major facelift like it’s getting. I think it’s been born out of an absolute need for larger spaces on this campus.”

In addition to Shaver Gym, Nicholls has reserved the Donald G. Bollinger Memorial Student Union ballroom for the semester to create space for more larger classrooms.

Another space on campus that is set to be repurposed for the semester is the Century Room located under John L. Guidry Stadium, which will be used as a childcare center for faculty, staff and students in need of childcare services during work hours.

“We’ve heard that [there are] faculty, staff and students…who have children and need childcare to be able to come to work or to come to class because their child is either learning virtually or in a hybrid sort of classroom,” David said. “We’re going to call it fall camp…They will offer activities for the kids…but they’re also going to bring in some students to help tutor them.”

Nicholls is set to start its fall semester on Aug. 10.

Shaver Gym Before and After