Port Fourchon: Airport Projects Continue to Move Right Along with More in the Offing 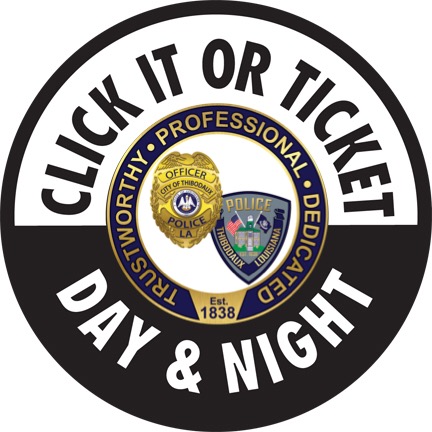 Thibodaux Chief of Police Bryan Zeringue announced that by utilizing a Louisiana Highway Safety Grant, the Thibodaux Police Department is participating in a Click It or Ticket It wave within the City Limits of Thibodaux this week, which began Saturday, November 19th, and will last until Saturday, November 26th.

Thibodaux Police Officers who are not scheduled to work normal duty will be assigned to the wave at various times of the day and night during the wave. Officers will be conducting saturation patrol each day in search of motorists and occupants not wearing seatbelts.

According to the National Highway Traffic Safety Administration (NHTSA), 51 percent, of passenger vehicle occupants killed in 2020 were unrestrained. This is a 4 percent increase since 2019. So what can we do? Buckle Up!

Chief Zeringue and everyone at the Thibodaux Police Department would like to thank all of their partners for helping spread the word about the importance of wearing a seatbelt.

United Property & Casualty Insurance Company is Withdrawing From Louisiana in 2023: What Policyholders Need to Know