Officials to break ground on the new Thibodaux Middle School 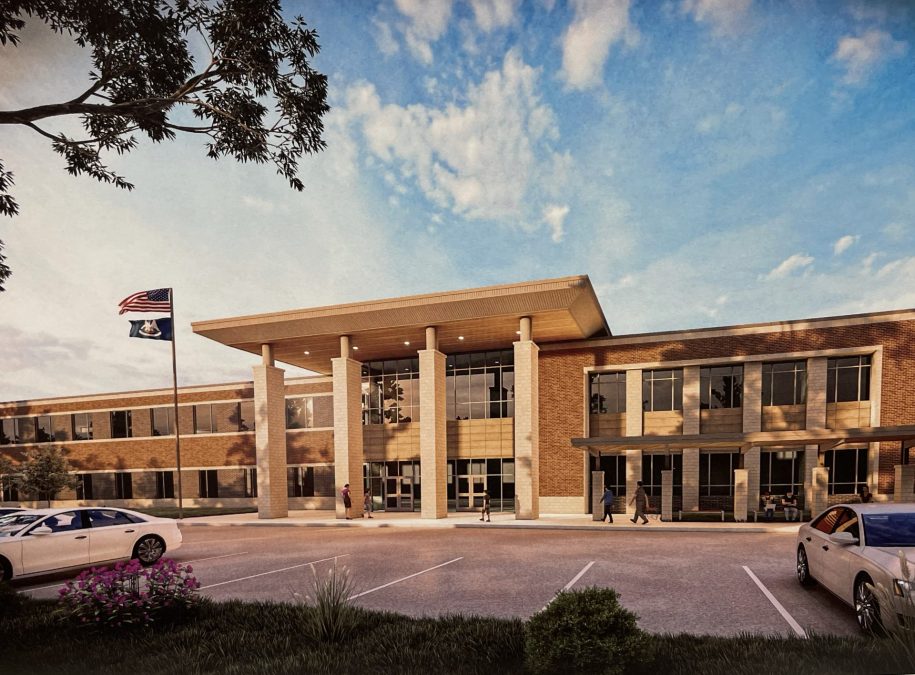 Located on Cardinal Drive, the 141,000-square-foot facility will be a merger of East Thibodaux and West Thibodaux middle schools. Martin said the project is planned to be completed in two years.

“It’s going to be a long build process. We’ve got to build the school, and then immediately transition the kids and all of the furniture into the new building and open the school year,” said Martin. He added that the school’s parking lot has already been poured and work has started on drainage and the foundation.

The facility is located between the two schools it’s replacing. Martin said the old middle schools will be demolished after the completion of the new one.

Currently, the two middle schools have about 700 students combined, Martin said. “However, we are seeing an increasing population of kids throughout the Thibodaux region. What we’re seeing in pre-K, [kindergarden] and first grade is expanding enrollment,” he continued. “The school is going to be able to handle upwards of 850 children so that we can accommodate the growing population of the northern region of Thibodaux.”

A couple of years ago, officials decided to combine the two schools because of the condition of each, Martin said. “The amount of repair required to both of them was greater than their value,” said Martin, who was selected to serve as superintendent in January of 2020. “My understanding was that the costs to renovate rivaled building, and the renovations weren’t going to provide a modern school with all of the amenities that the district really wanted.”

According to Martin, LPSD secured funding for the new school about six months ago through bond sales.

On Wednesday, June 2, the Lafourche Parish School Board awarded the $28,464,000 project to Thibodaux-based Thompson Construction. During the meeting, board members commended previous work by the company and celebrated the fact that it’s a local business. Martin echoed those same sentiments.