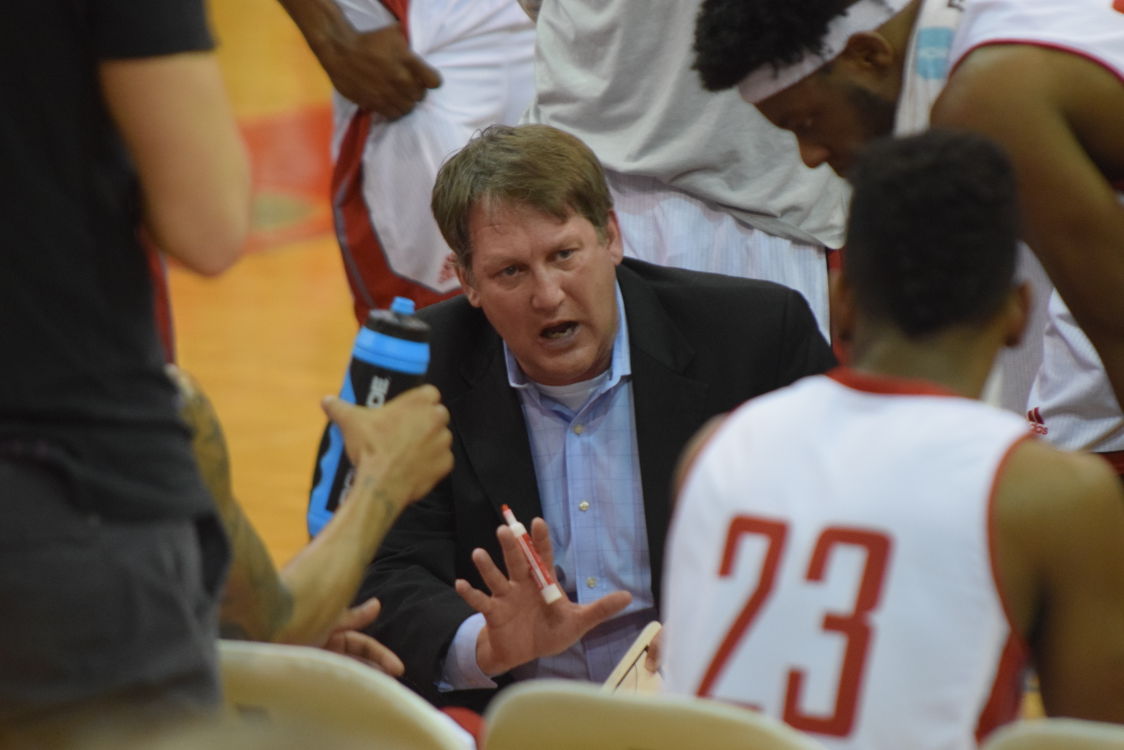 Piper out at Nicholls

Nicholls State University will have a new basketball coach for the 2016-17 season.

Colonels Athletic Director Rob Bernardi sent out a news release this morning, which stated that Nicholls had decided to part ways with longtime coach J.P. Piper – the man who’s manned the program for the past 12 seasons.

“We appreciate all of the hard work and effort that J.P. has put forth over the last 12 seasons,” Bernardi said in the release. “He has been a valued member of our community and we wish him all the best.”

The news of Piper’s dismissal was first broken this morning on The Sports Hangover with Gus Kattengell.

During his daily sports talk program, well-connected basketball reporter Dino Hanson called in and said that a source told him that Piper would be dismissed.

Hanson erroneously said that Piper’s assistant coaches had been fired, too, but Bernardi said in his release that they are all welcome to remain with the team, if the incoming coach would welcome them.

Minutes after Hanson’s radio comments, Nicholls Sports Information Director Zachary Carlton confirmed the news to The Times, then sent out the release.

Piper’s tenure with Nicholls started in 2004, and it took him several seasons to get on firm footing in Thibodaux.

The Colonels won just 33 games in his first four seasons combined – a dry spell that included an 18-46 mark in Southland Conference games.

Since then, Nicholls has consistently been in the middle of the pack in the Southland Conference, finishing sixth in the league in 2013-14, eighth in 2014-15 and then ninth this season.

Piper led the team to the Southland Conference Tournament eight-straight seasons to wrap up his tenure.

Sources close to the Colonels’ basketball program told The Times earlier in the season, that Piper would be “coaching for his job” during the 2015-16 Southland Conference season.

The source, who is employed in the Nicholls athletic office, said that Bernardi and other athletic officials wanted to see the Colonels make a push to reinvigorate itself – much in the same way that the football program is doing currently under second-year coach Tim Rebowe.

Expectations around men’s basketball also leaped when the team opened its new locker room facility this past fall, which increased Nicholls’ administrators’ desires to win.

But the Colonels struggled to keep up with that pace, opening the Southland schedule with 12 losses in 15 games. The team won its final three regular season games to reach the Southland Conference Tournament, then won its opening-round game in Katy, Texas.

But it, apparently, wasn’t enough to prevent change from taking root in the program.

The top eight teams reach the Southland Conference, and the Colonels have only been inside of that threshold the past two seasons because new Southland Conference programs like Incarnate Word and Abilene Christian have been ineligible to compete in postseason play.

Bernardi said that a national search will begin immediately to find Piper’s replacement.