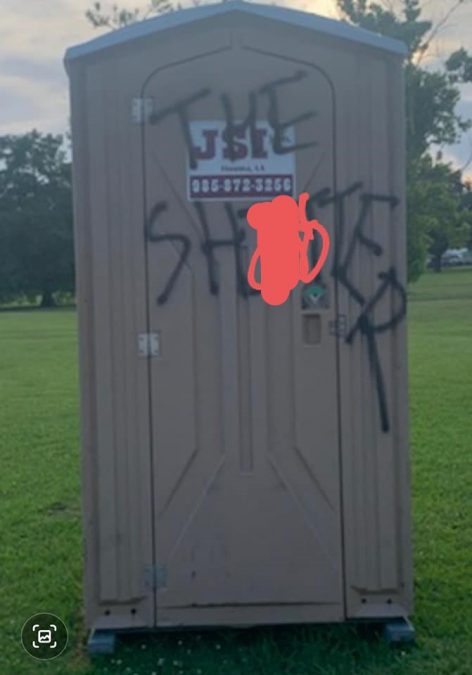 A portable toilet at the splash pad and other areas of the park were vandalized, TPR said.

The splash pad had its grand opening on Saturday, May 29.

The organization also said some of the park’s road signs were taken.

“If you are aware of the proud new owner(s) of a Do Not Enter and a One Way (left arrow) sign (brand new signs purchased and installed last week) please contact Parks & Recreation Administrator, Jim Wendell. He would like to get our partners at the Houma Police Department involved to determine how the signs were removed from our poles and ended up in the custody of the new owners,” reads a post from TPR.

A spokesperson with HPD confirmed a report was made and there is an investigation into the matter. Anyone with information on the recent incidents at the park or who witnesses someone damaging the park is asked to contact the Houma Police Department at 985-873-6371.

“With the public’s cooperation, hopefully, we can get the defacing, damaging, dumping and abuse of public parks and facilities under control and introduce these violators to some community service time at the parks to correct recent events,” TPR said. 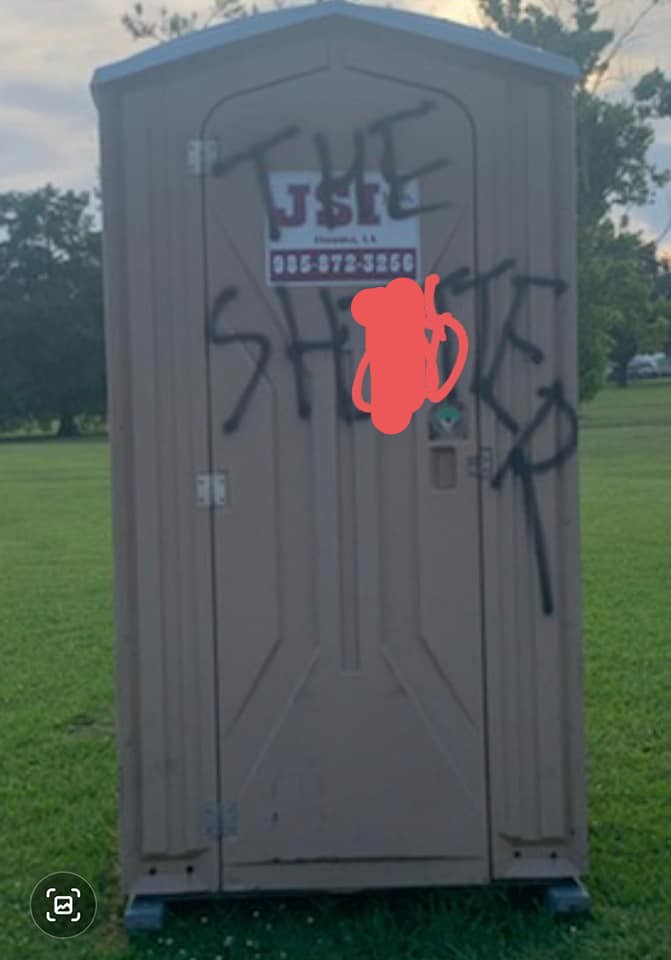 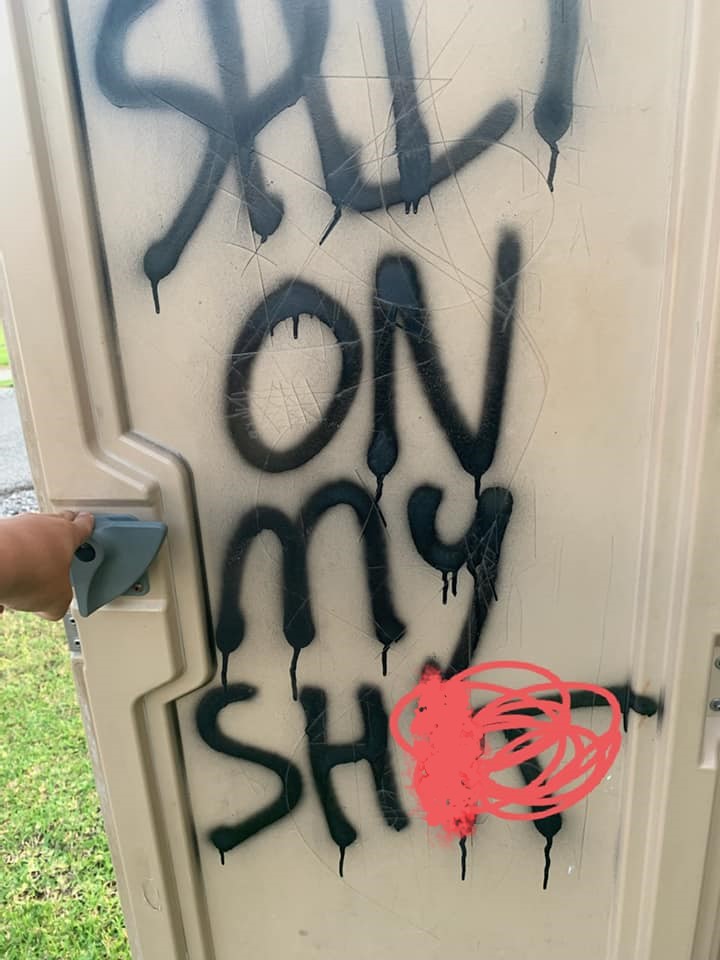 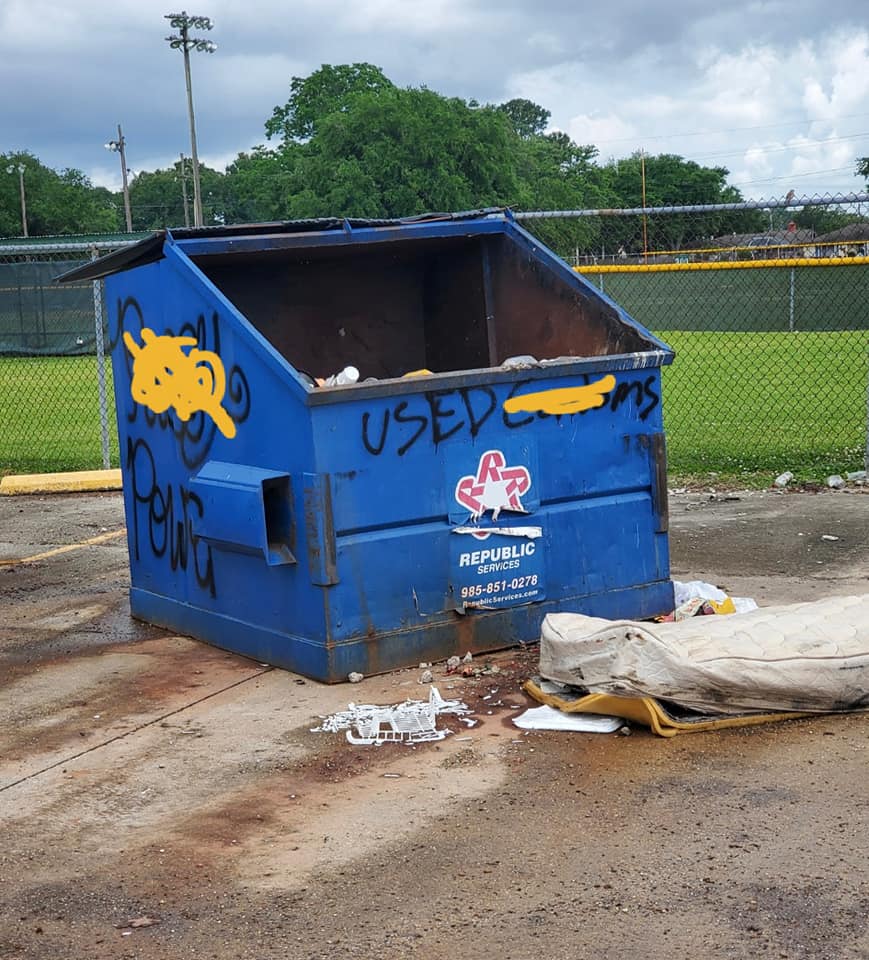 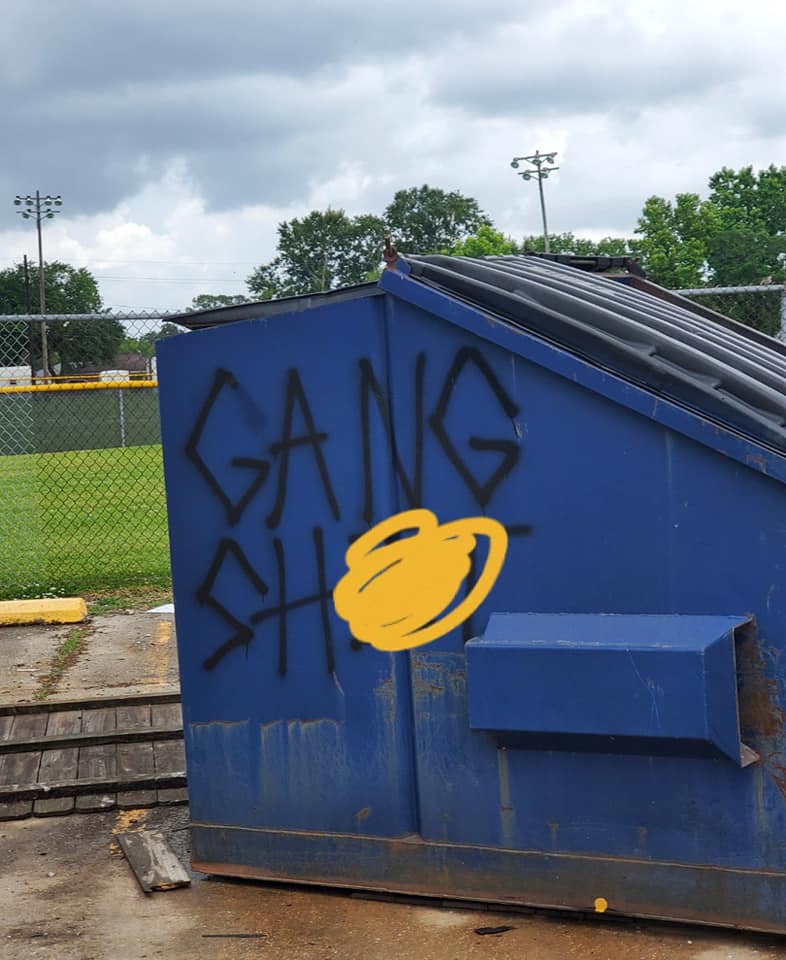 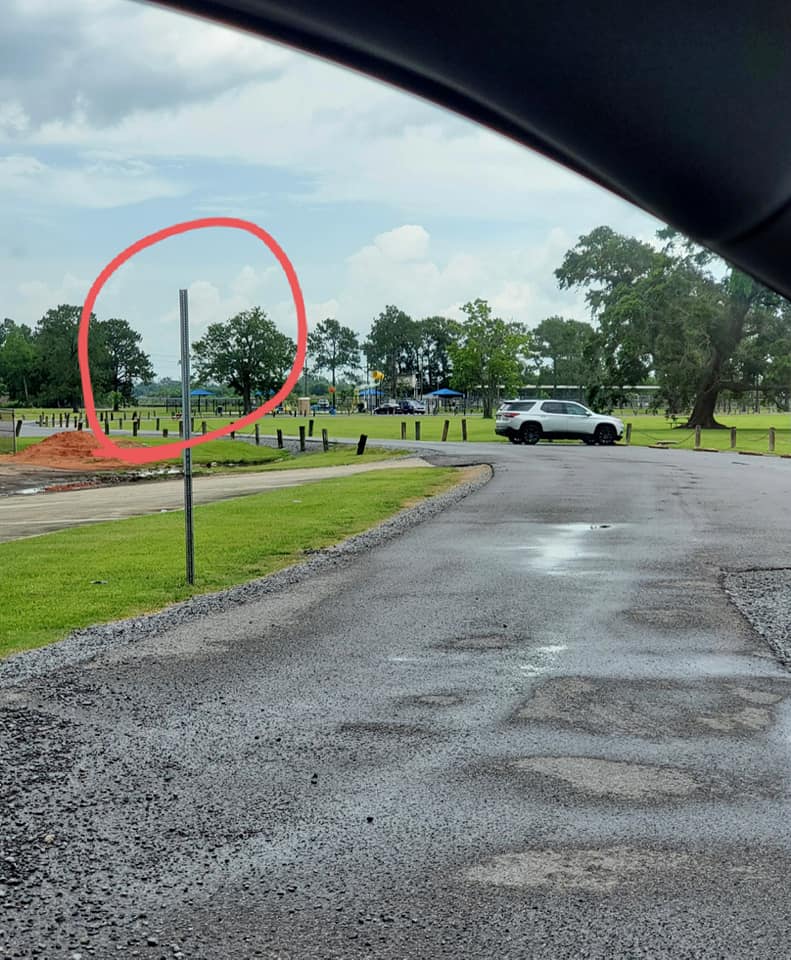