Spring into the Garden! 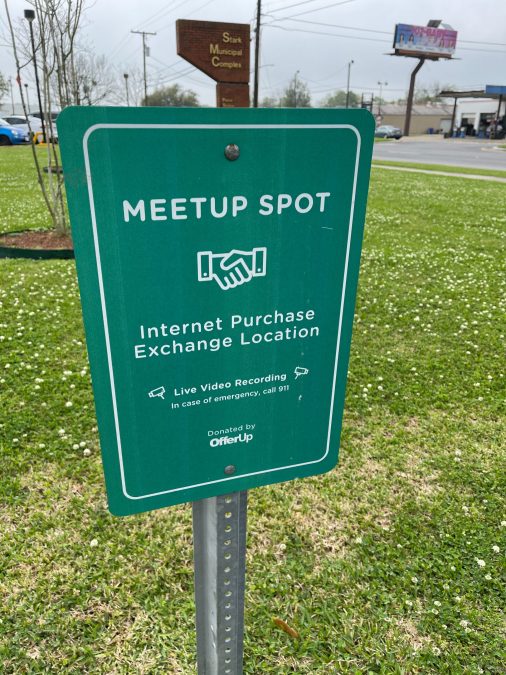 The Thibodaux Police Department has implemented a ‘safe exchange’ spot that has created a haven of protection.

“With social media taking off, we saw a strong influx in people doing transactions…all types of social media with transactions,” Lieutenant Clint Dempster stated. “We’ve had incidences in the past where people have met up in general public areas or their homes, and unfortunately, sometimes, it ended badly.” 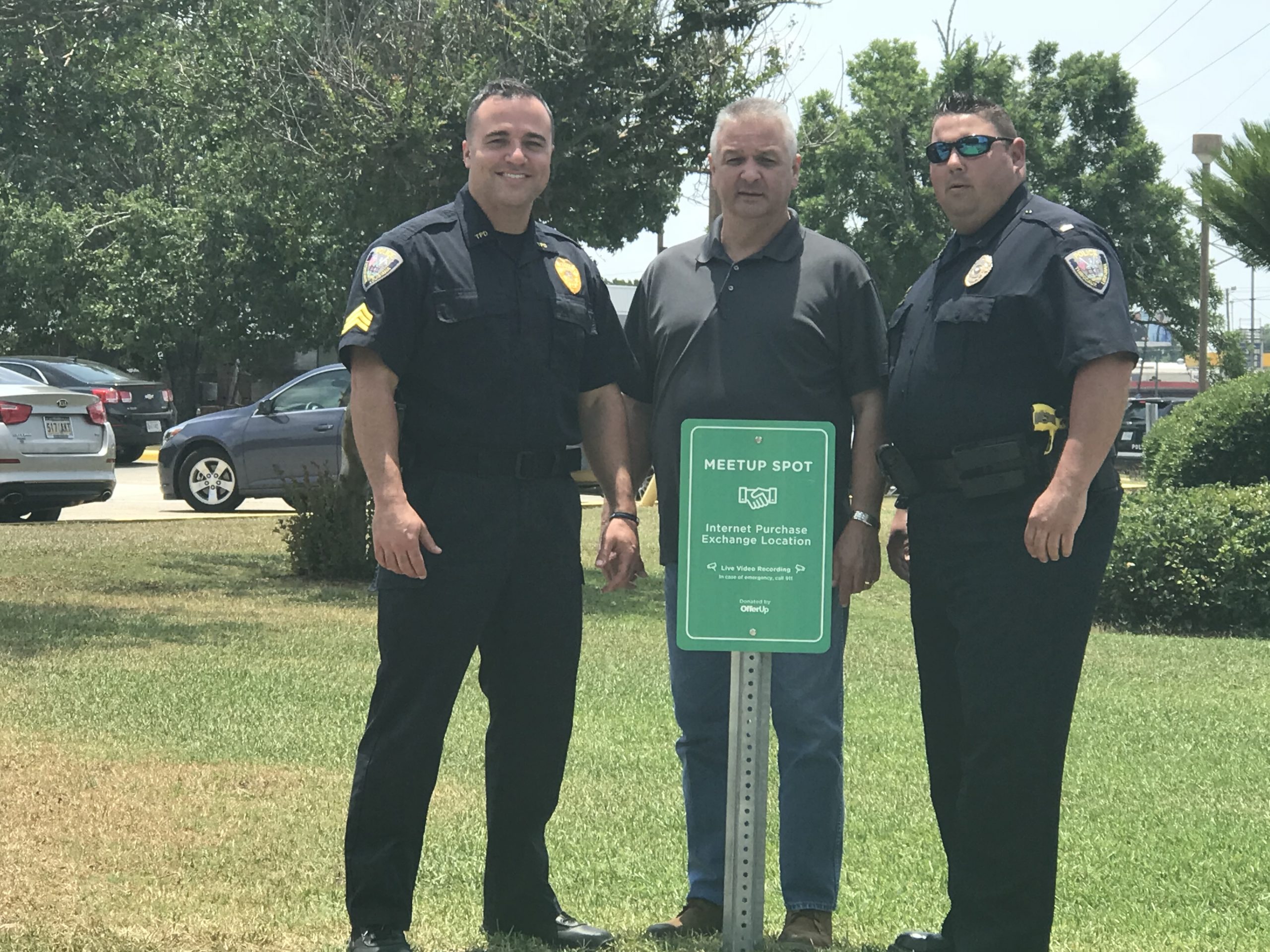 “Since 2018, the ‘safe exchange’ has been used very, very, very frequently,” Dempster stated.

Dempster now oversees the ‘safe exchange’ spot that harbors the public from potential harm. He tends to the details and the maintenance of the bright green and black refuge.

The meet-up location consists of two parking spots. In the middle of the two spots is an open lined area to exchange items or transact custody exchanges. While the transactions are being conducted, a surveillance camera intently observes and records activity. 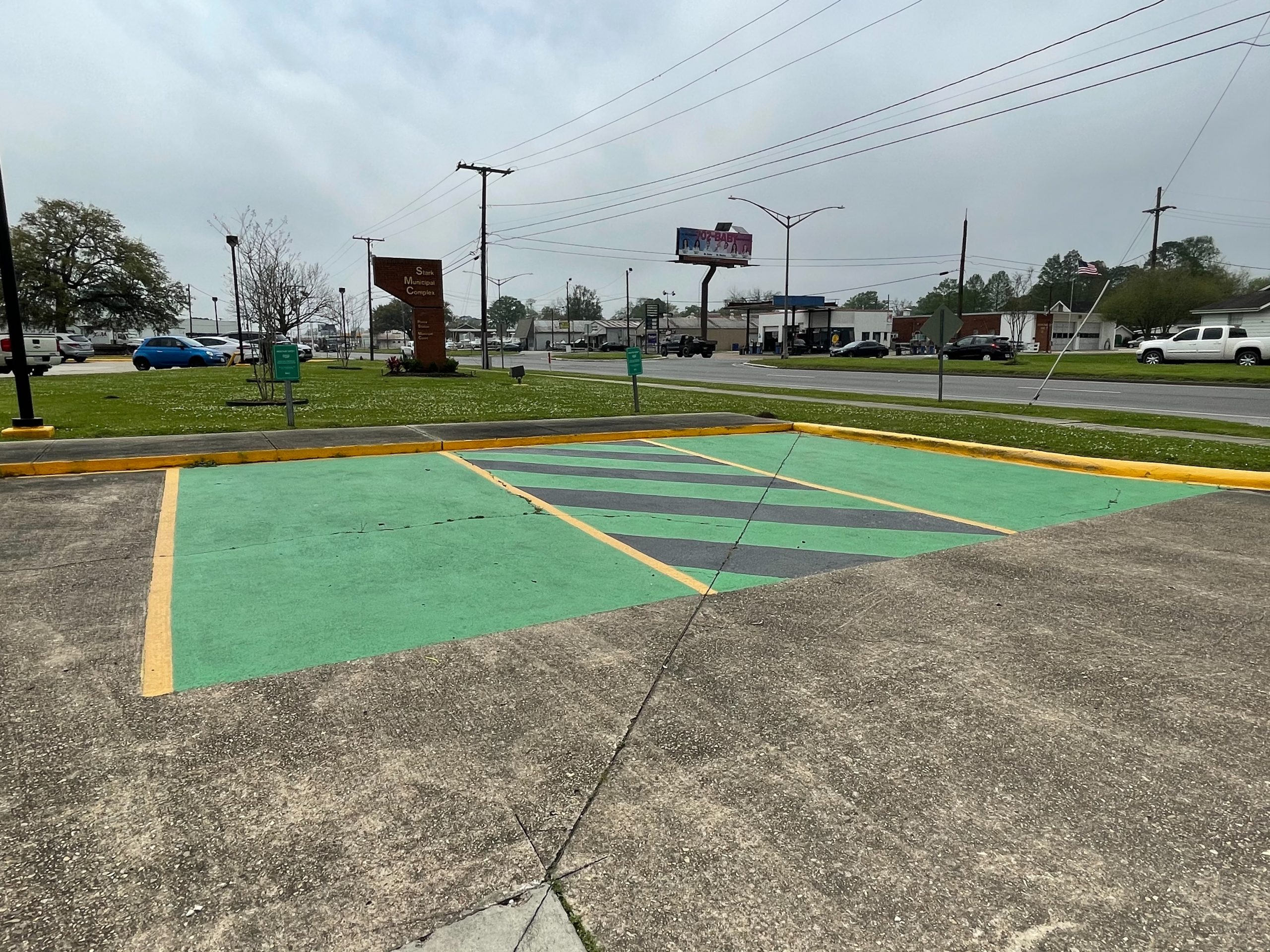 “It is monitored by video surveillance and that camera system is not only recorded, but it’s also monitored in our communications room in the department as well as the patrol room. So, if anybody is actively monitoring those camera systems, we can see what’s going on,” Dempster explained.

“God forbid, the exchange leads to some kind of argument or something goes south, it is under surveillance and we can go back and get that footage for court purposes or the investigating officer,” Dempster added.

The officers act as eagles, hovering with protection, whether from afar or physically perched at the ‘safe exchange’ spot.

“If you plan a transaction and you meet here, you can call into our radio room and let us know and we can have an officer monitoring the transaction while it’s happening. So, they don’t feel uncomfortable with an officer being present, the officer is inside watching,” Dempster explained.

Whether you are a local of Thibodaux or a citizen of a surrounding, the ‘safe exchange’ location is available to the public 24 hours a day, 7 days a week.

“It’s not just geared towards citizens in Thibodaux. You could buy something in Houma, and you can make the exchange here. Neither one has to live in the city of Thibodaux, anyone can utilize it,” Dempster stated.

The ‘safe exchange’ location also offers many parents a level landing ground to descend on for child custody purposes. Occasionally, the neutral spot is judicially appointed in custody situations.

“This is another avenue to ensure the safety of our public with the transactions and child custody. So many times, with child custody you’re looking for a neutral place to meet, so this gives them the opportunity where they can meet and do it safely,” Dempster said with assurance.

The prominent parking spots also alleviate the officer from responding to a custody call at a physical address. Parents can swoop safely into the ‘safe exchange’ area and have an officer present.

“We used to have to respond to custody calls like, ‘Hey, look, my husband is coming for a custody exchange. We want an officer to stand by,” Dempster said.

After a recent tragedy in Jefferson Parish, usage of the Thibodaux Police Department ‘safe exchange’ is urgently requested by local authorities.

“The Commander of the Public Affairs Division of Jefferson Parish Sheriff’s Office actually reached out to us because they were doing some research and asked, ‘What could we do to make a difference to try and eliminate this further?’ So, the captain of JPSO reached out to us, because they noticed we had a ‘safe exchange’,” Dempster explained.

Dempster collaborated with Commander of Public Affairs Division of JPSO, Jason Rivarde, to help them weave together their protected “nesting sites”.

“Hopefully, this kind of sparks other agencies to give people in other areas the same opportunity to do something like this,” Dempster said.

“We want to keep encouraging the public to utilize it. It’s here and it’s easily accessible to the public. We just strongly encourage them to use it…that’s what it’s there for. Our main goal is to prohibit any further possibilities of something like what happened in Jefferson Parish to happen here,” Dempster ended.

The Thibodaux Police Department is located at 1309 Canal Boulevard, Thibodaux. For more information or concerns, call: 985-446-5021