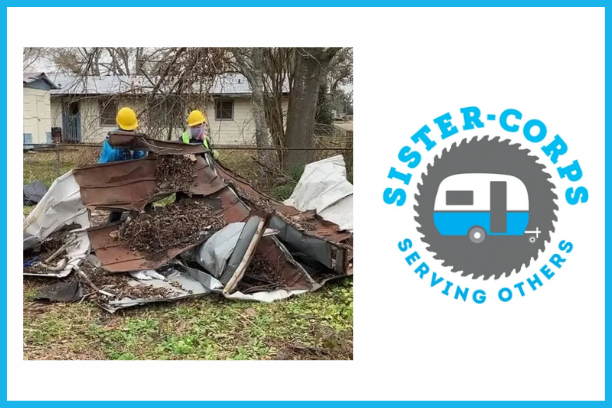 Sister-Corps is an off-shoot of Sisters on the Fly, the largest women’s outdoor group in the country. As most of the Sisters own travel trailers, they are mobile and adept in offering disaster relief on short notice. As a sisterhood of women who have a passion for helping others, Sister-Corps mobilizes teams of volunteers to provide recovery relief in areas affected by a disaster. Past hurricane relief projects have been held in Port Aransas and Bloomington Texas; Marianna, Florida; and Lake Charles and Iowa, Louisiana. Members also raise funds and provide boots on the ground for short-term relief to communities in need and ongoing special efforts such as blood drives, clean-up, card campaigns, and donations to pet and women’s shelters.

As soon as Hurricane Ida began her devastation, Sisters began to ask what they could do to offer assistance. Following reports that the members of the Houma Nation were being underserved in the aftermath of Hurricane Ida, the Sister-Corps leadership decided to focus on supporting the tribe. In collaboration with United Houma Nation director Lanor Curole, President Leeann Moore set up a donation campaign for Sisters to give the tribal members exactly what they needed in the exact quantity they needed. Moore explains, “Within days of landfall, Sister-Corps met desperate needs with the tremendous outpouring of love in the form of urgently needed items such as rubber boots, work gloves, and bug spray for those first out to help their neighbors. We also secured items for the elderly, like walkers and shower chairs.”

This donation campaign was followed up with the decision to deploy Sister-Corps to Louisiana for a second time. Sisters from 17 different states aged from 45 to 83 will arrive with funds for supplies, tools, skills, compassion, and a “can-do” attitude. While in Houma, they expect to get their hands dirty during long hours of hard work. Moore explains that the Sisters come prepared to do everything from demolition work, hanging drywall, laying flooring, operating chainsaws, and removing debris in the field to preparing meals, providing medical care, and performing clerical work at the HQ camping site.

The Houma project is the first Sister-Corps project for Laura MacKelcan of Delaware. She said she retired so she could get involved with the organization: “It is nice to have the freedom to do whatever I want, but I find that there is an emptiness in just serving myself.” D’Ann Johnson of Austin, Texas, shared that a woman whose home and workspace flooded in Port Aransas said Sister-Corps’ help gave her the strength to push through. Johnson continued, “The most important aspect of this activity is the empowerment of the concerted action of dedicated women. I was blown away by the energy, kindness, commitment, and competence of the women I met. These are women you want on your side.”

Many Sisters who have participated in past projects describe their experiences with restoring hope and helping families as life-changing and among the most rewarding events they have ever been part of. Co-founder and vice president Sherry Gibbons commented, “To see Sister-Corps make a difference in a person’s life and the tears and smiles when we are able to repair a person’s property enough that they can ‘go home’ is truly rewarding.” Project Director Jen Ehrhardt of Pensacola, Florida, added “Once a disaster hits, the lives of those affected are in chaos for a long time. It is an honor to be able to offer direct relief, a break in their fight against unfortunate circumstances. I hold that feeling sacred and it now guides my life.”

In addition to working wholeheartedly for the homeowners they serve; the Sisters’ hearts go out for each other. While out in the field or at the headquarters, the conversations among the Sisters often become personal. In the supportive Sister-Corps environment, the volunteers are free to open up and share thoughts and feelings that often hit a profound level. Veteran volunteer Kathy Carpenter said, “I got to know Sisters that I would have never met, and sharing hard work and personal stories bonded us together forever.” Still, in line with the motto for Sisters on the Fly—“We have more fun than anyone!”— the Sister-Corps volunteer events are not all about serious business. Party Planner and Care Team Coordinator Jennifer Sparks has scheduled time for celebrations like the National Good Samaritan Day and St. Patrick’s Day and the volunteers are sure to enjoy the local cuisine during their second stay in Cajun country.

To learn more about Sister-Corps and to support the organization, see sister-corps.com. Sister-Corps members volunteer and provide their own transportation to the location, lodging, and meals, so all donations go directly towards serving homeowners in the community they are deployed to. 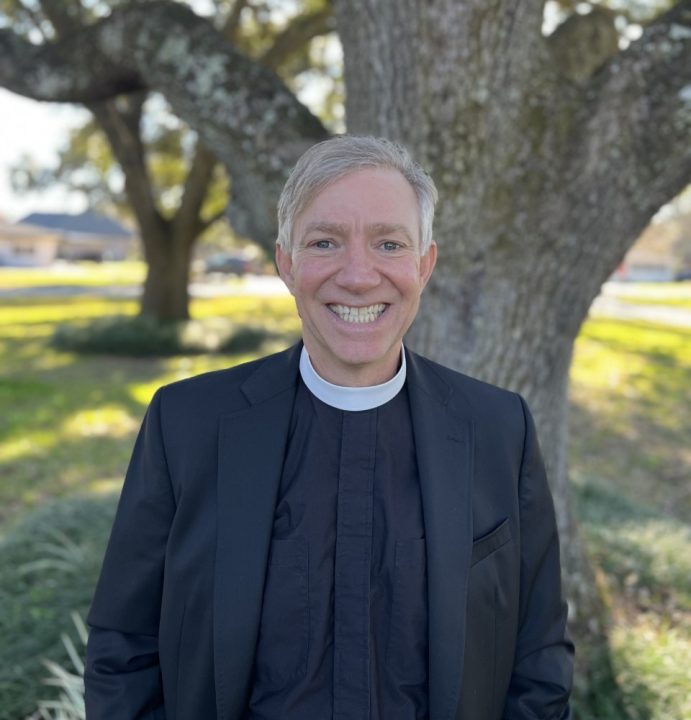