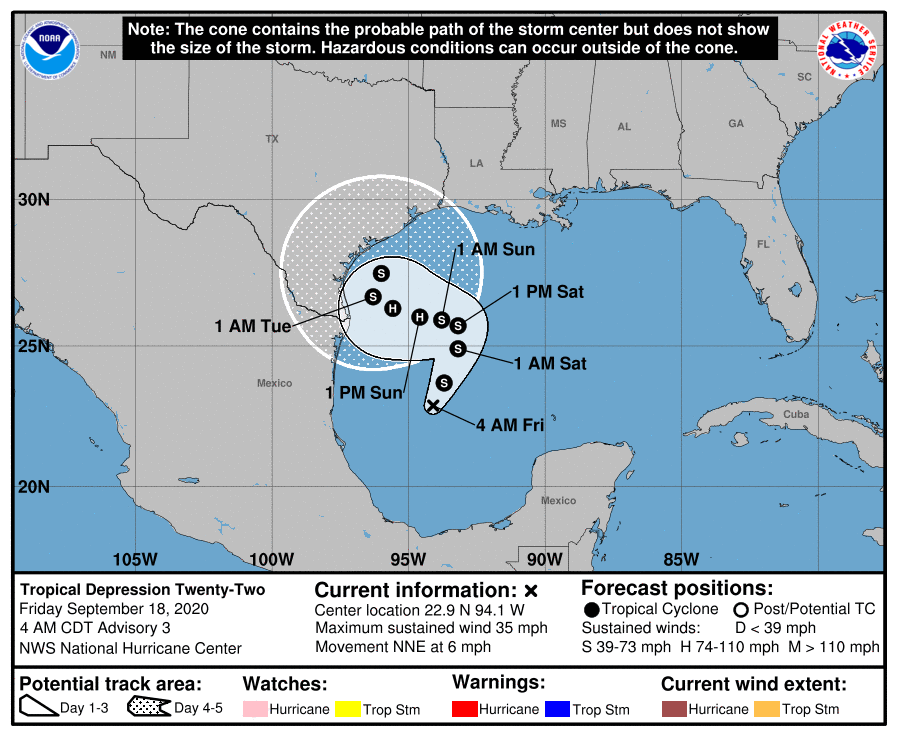 Tropical depression 22 is poorly organized but still expected to become a tropical storm later today. As we know, at this point, the track is merely guesses from a computer. There is a lot of uncertainty with this storm.

At 400 AM CDT (0900 UTC), the center of Tropical Depression Twenty-Two was located near latitude 22.9 North, longitude 94.1 West. The depression is moving toward the north-northeast near 6 mph
(9 km/h), and this general motion is expected through early Saturday. A slow westward motion is forecast to begin late Saturday that will likely continue into early next week.

Maximum sustained winds are near 35 mph (55 km/h) with higher gusts. Strengthening is forecast during the next few days, and the depression is expected to become a tropical storm later today. The
system could be near or at hurricane strength by Sunday. The estimated minimum central pressure is 1005 mb (29.68 inches).