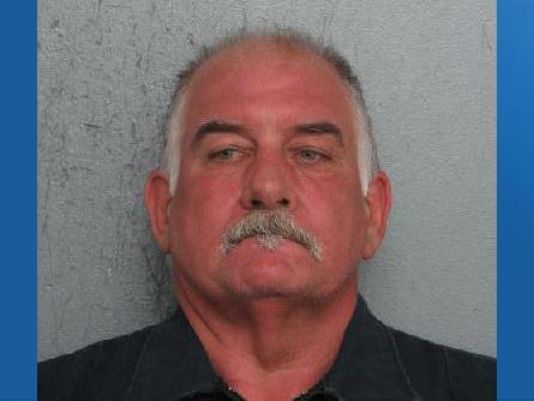 A Terrebonne Parish grand jury has cleared a Houma man of murder charges lodged after he shot the 26-year-old boyfriend of his neighbor, following a July 6 domestic disturbance.

Ray Carlos, 59, shot and killed James Rube as the younger man approached the chain link fence in front of his home on Big Cypress Street. Carlos told police he had been awakened by noise from the street shortly after 3 a.m. and walked out of his house with a pistol in his hand.

Carlos could not be reached for comment Monday, after prosecutors disclosed the Grand Jury’s action.

At a hearing ten days after his arrest before State District Judge Randy Bethancourt, Carlos’ bond was cut from $1 million to $100,000.

At that time his attorney presented information regarding damage Rube had done to the house his girlfriend rented across the street and down the road from the Carlos residence.

Frickey herself gave The Times a detailed account of Rube’s behavior earlier in the night, insisting that she was not, as a friend told police, in fear of Rube.

She also said that Carlos knew nothing of problems that night occurring between her and Rube.

Prosecutors said the grand jurors appeared comfortable with the theory that Carlos acted in self-defense.

Louisiana law does not require retreat from another when a threat is perceived, and is forgiving when deadly force is used under such circumstances.

District Attorney Joe Waitz Jr. said he chose to have a presentation made to the Grand Jury because it was the only way to guarantee a fair weighing of the facts in what he had acknowledged as a difficult case.

Grand juries meet in secret and are charged with determining if enough evidence in a case exists to warrant prosecution.

The grand jury’s decision means that Carlos officially is cleared of charges in regard to the case.

At the time Carlos was arrested Houma City Police detectives, based on evidence at the scene and statements from witnesses, including Frickey, believed they had probable cause for him to be held.

Had the Grand Jury indicted Carlos then the case would have proceeded through the criminal justice system, resulting in either a trial or some type of plea.

Rube’s mother, Darlene Verret of Gray, said she was “disgusted” by the Grand Jury’s finding. Carlos, she said, had no justification for shooting her son.

“I had to bury my son, which I felt was because of a very unnecessary killing because he had no weapon, he was not on that man’s property and if that man felt threatened he should have gone back in that house and called the police,” Verret said. “He was made out to be this ex-convict but nobody knew anything about James until after the fact.”

Rube served five years in connection with a shooting incident near downtown Houma, and had found work at LaShip, an Edison Chouest-owned shipbuilding company at the Port of Terrebonne.

“I am very bitter about this,” Verret said. “How the hell would he know who that kid was? As far as Mr. Carlos is concerned I hope he can sleep well at night.”