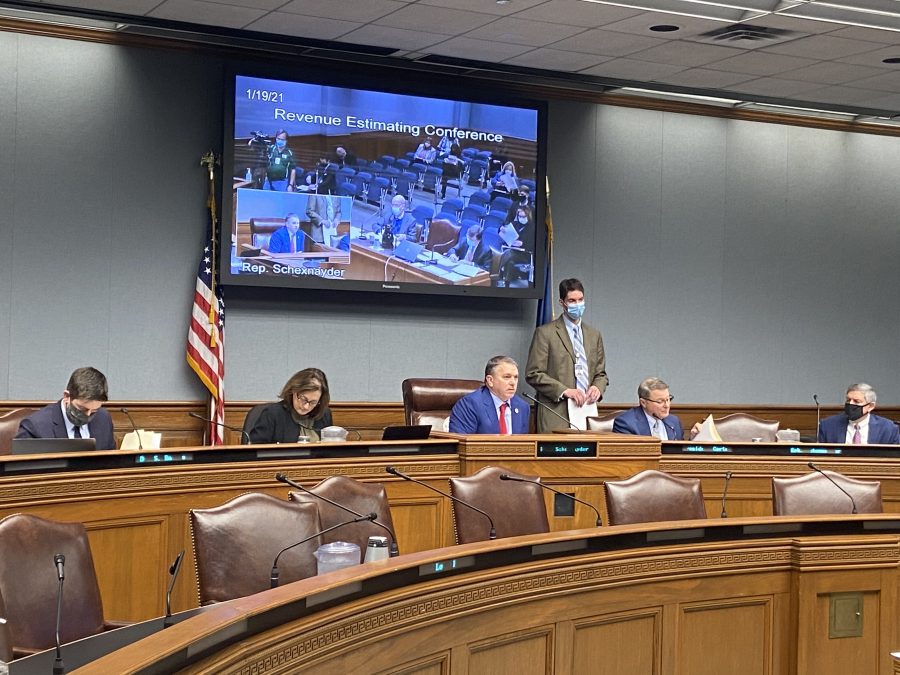 BATON ROUGE–A cautious revenue forecast was adopted by a panel of state leaders Tuesday as they set income projections used to create the state’s budget.

While the forecast for fiscal year 2022 adopted by the Revenue Estimating Conference predicted a slow economic recovery and more money into the state coffers, it also predicted there will be $228 million less for the state than previously forecast.

Tax collections from the next fiscal year, which starts June 30, will increase by almost $115 million from the projected total for this year. However, that will not be enough to offset the loss of almost $800 million in federal funds. In addition, $90 million from the state rainy day fund used to patch up holes in the previous budget will not be available.

“This has been a historically tumultuous time for the state,” said Barnes. “We’re still looking at a lot of uncertainty.”

Some of that uncertainty involves how the latest federal coronavirus relief package, which will provide Louisiana with at least $2 billion in aid, can be used to fill in the budget. The panel is awaiting rules on how that money and an upcoming relief bill proposed by the incoming Biden administration can be used.

A lot of that money will be dedicated to health care, K-12 and higher education and rent assistance.

“We’re hopeful that there will be some relief from the federal government and get some additional CARES-like money we can use to help build the budget, but we can’t assume we’ll have that money,” said Dardenne, the governor’s appointee to the panel.

There was disagreement over which revenue forecast should be adopted, with the panel initially split over more optimistic estimates provided by Legislative Fiscal Office economist Greg Albrecht and Division of Administration economist Manfred Dix.

Albrecht said he does not expect the state to return to pre-COVID revenue growth levels until 2023 or 2024. Dix’s figures were a little more optimistic given the expected vaccine distribution ramp-up over the next few months.

“We’ve gone through a period of time where we didn’t have forecasts, and I definitely want to make sure we have a legitimate forecast going forward that reflects current numbers,” said Dardenne.

Before the current House and Senate leaders came in, the estimating conference experienced partisan-fueled impasses in trying to adopt revenue projections.

Photo Caption: State leaders adopted a revenue forecast Tuesday to help estimate how much money will be available for next year’s state budget.