TD 8 continues its journey west to Texas; rain expected in Louisiana through Monday 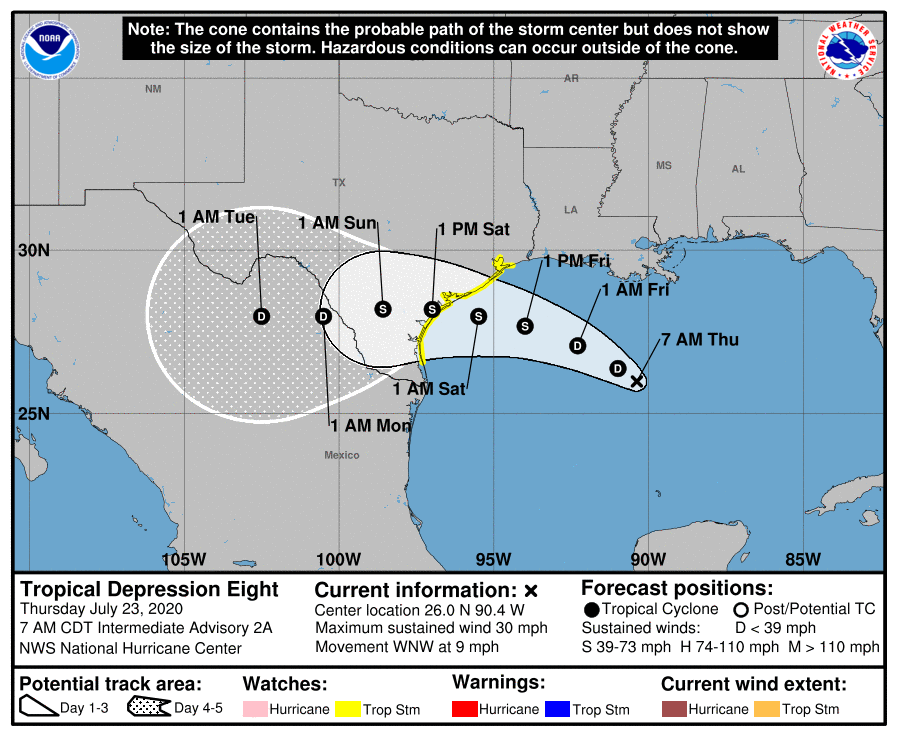 At 7 a.m. CDT, the center of Tropical Depression Eight was located over the Gulf of Mexico about 405 miles (650 km) east-southeast of Port O’Conner, Texas. It’s moving toward the west-northwest near 9 mph (15 km/h), and this general motion is expected during the next few days. On the forecast track, the center of the depression is expected to move across the northwestern Gulf of Mexico today and Friday and make landfall along the Texas coast on Saturday.

A Tropical Storm Watch is in effect along the Texas coastline from Port Mansfield to High Island. Tropical storm conditions are possible within the watch area by late Friday. Interests elsewhere along the Texas and Louisiana coast should monitor the progress of this system.

Maximum sustained winds are near 30 mph (45 km/h) with higher gusts. Slow strengthening is expected, and the depression could become a tropical storm in a day or so. If that occurs, it will be named Hannah.

The tropical depression is expected to produce 3 to 5 inches of rain with isolated maximum totals of 8 inches through Monday along the Gulf Coast from Louisiana to the Lower Texas Coast, and inland through south-central Texas and the Rio Grande Valley. These rains may result in flash flooding across the west-central Gulf Coast into portions of south Texas.

Swells generated by the depression are expected to increase and affect much of the Texas and Louisiana coasts in a day or two. These swells are likely to cause life-threatening surf and rip current conditions. Please consult products from your local weather office – www.weather.gov.

The next complete advisory will be issued by NHC at 10 a.m. CDT. 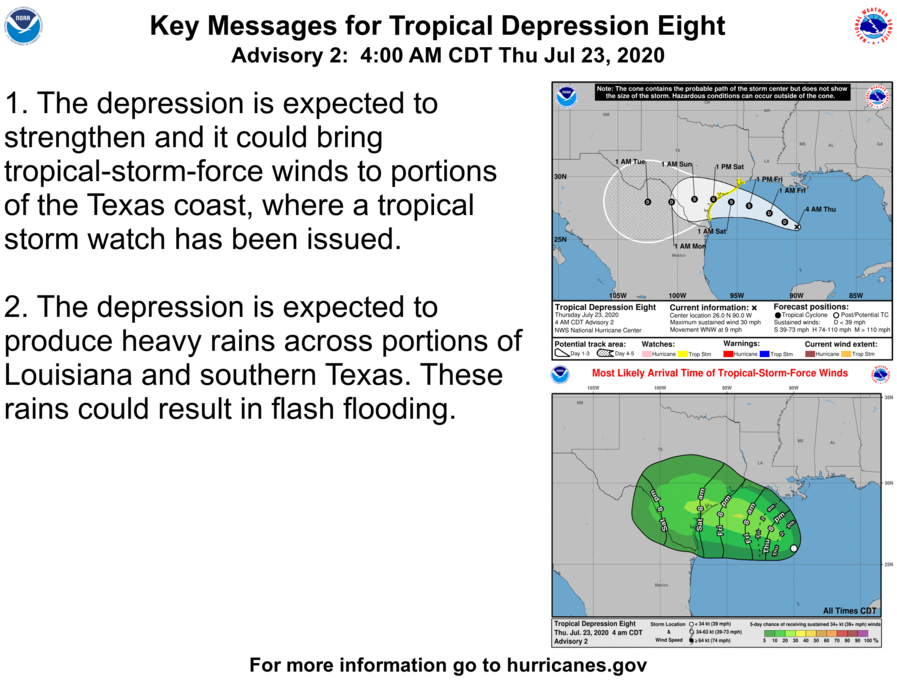