Martin will stay on as Acting Lafourche Schools Superintendent until Dr. Voiron returns 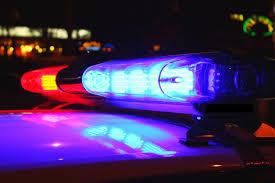 A teenager from Gray died from injuries sustained in a single-car crash on U.S. 90 East just west of La. Highway 316.

Louisiana State Police Troop C troopers were called to the scene after learning that a 2008 Nissan Altima being driven by Breanna Bourgeois, 19, of Gray, was traveling east on U.S. 90 during heavy rain.

For reasons still unknown, Bourgeois lost control of her vehicle and ran off the roadway to the right.

The vehicle then struck a tree and Bourgeois was taken to Thibodaux Regional Medical Center by Acadian Ambulance Service where she died from her injuries.

There was a passenger in the vehicle, and that person suffered minor injuries in the crash.

Both Bourgeois and the passenger were properly restrained, according to State Police.

Impairment is not suspected as a factor in this crash, but State Police said the crash remains under investigation.

Louisiana State Troopers wish to remind motorists to reduce their speeds when traveling in inclement weather. Never drive while impaired, fatigued, or distracted, always ensure every occupant is properly restrained, and follow all traffic laws. While not all crashes are survivable, taking simple precautions such as these can often mean the difference between life and death.