Player of the Week – Trinity Pierce

Nicholls Printmaking Professor’s Work to Be Featured in National Exhibition 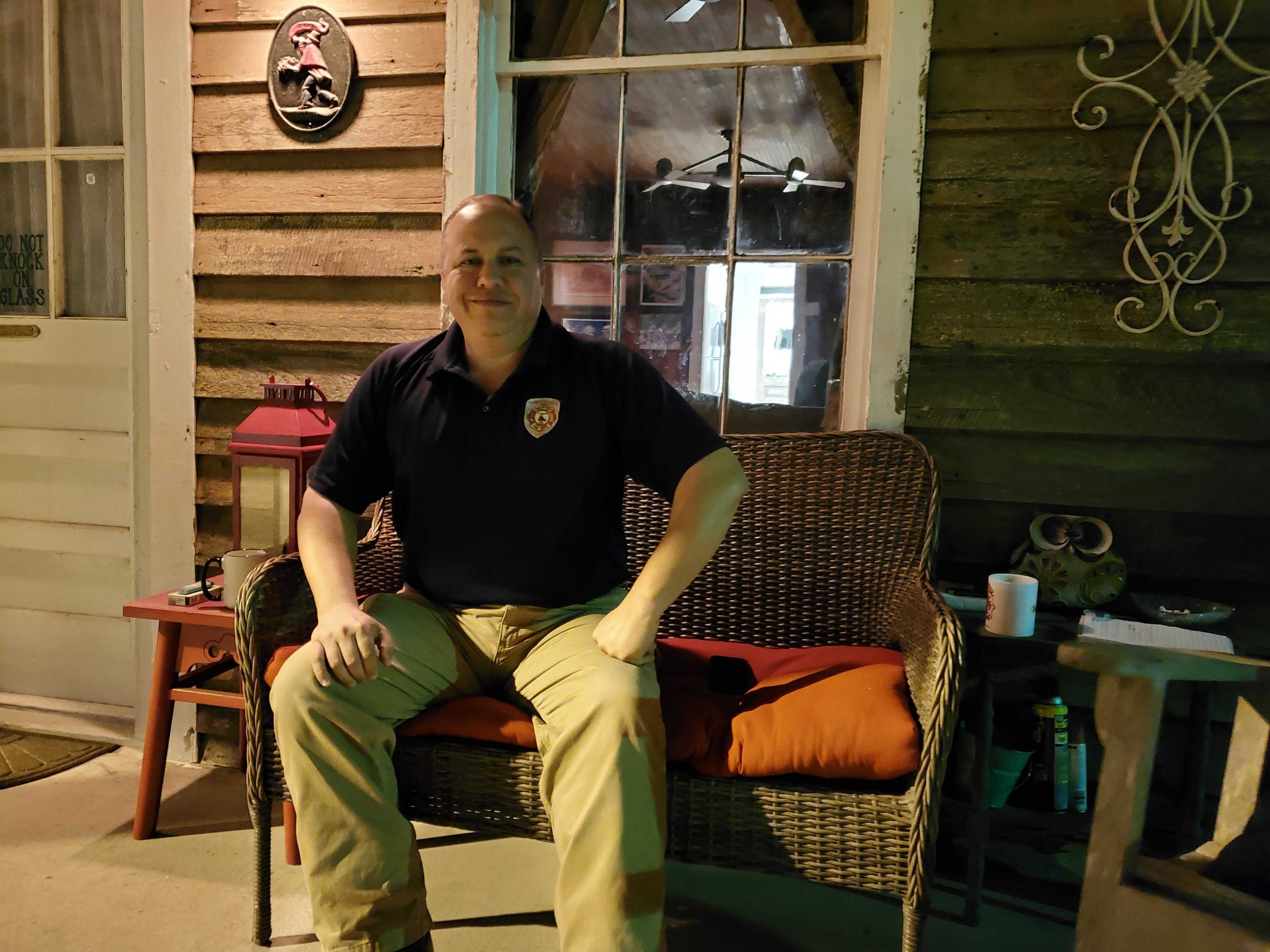 Thibodaux’s new Fire Chief steps into office next Saturday, and says he’s honored to take on the responsibility.

Jeffrey Naul, Thibodaux’s incoming Volunteer Fire Chief, steps into office on February 1st. After 25 years as a volunteer firefighter, he spoke with pride of the department’s history, and humbled by the responsibility that it places on him.

“Of course as an assistant I’ve been involved in most of the decision making processes,” said Naul. “But now it’s ‘you’re the guy that’s gotta take care of all this.'”

Seated on his porch, after just getting home from work, Naul was excited to share the history of the department over coffee. The Thibodaux Volunteer Fire Department was founded in 1874 and this is its 146 year in existence.

Naul says he doesn’t have time for much outside of public service and his wife. He said his wife’s support has been key to his success in public service.

“You’ve got to have a strong support system to pull this off,” said Naul. “You’re giving so much time to everyone else that it can cause strain. You have to put that much more effort into everything.”

He said he was “blessed” to have met his wife late in life, and that when he discussed the position with her, she told him to chase his dreams.

Much of Naul’s time is devoted to public service. Not only will he soon be the Fire Chief, but he works for the Sheriff’s Office as well. Asked how he manages to juggle the many roles, he said it was about prioritization.

“While you’re doing one, you’re always thinking of the other two,” he said.

This leaves no time for hobbies, said Naul. But speak with him for long enough and you’ll find he has a great interest in the history of his city, and his fire department.

“That’s one of the things I appreciate about where we live,” he said pointing to the cemetery. “[The cemetery] holds a lot of Thibodaux history inside of it. For instance T. Nicholls is buried in there, governor of the state of Louisiana, … A mayor of Thibodaux is over there. He was also a member of the fire department.”

“Back in those days they called him a Chief Engineer,” said Naul.

Fire Chiefs are voted for every year. The previous Fire Chief, Chad Mire, chose to step down and Naul ran unopposed. This was very humbling, said Naul, because it made him feel a great deal of responsibility to the department and the community.

This year is an important year for the department, said Naul, because they are being graded by the Property Insurance Association of Louisiana (PIL). According to Naul, every four years or less they rate each fire department, and next year the PIL will rate the department based on their grade. Generally speaking, it will affect the cost of insurance for the area, said Naul.